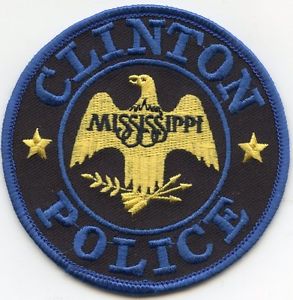 The Clinton Police Department’s popular Citizens Police Academy will be back for a fourth offering, from March 25 through March 30. The class is held in the evenings from 6p-9p Monday through Thursday, from 8a-2p on Saturday, and with ride-along set for Friday. Ride-along times will be scheduled individually by each participant.

“Our goal is to strengthen citizen awareness by promoting positive partnerships between police and the community to enhance the quality of life for all citizens in the City of Clinton,” said Hayman.

The course is open to anyone older than 18 and requires a background check by the department.

Participants in the program visit a number of places within the county police department, including the 911 communications center, the bomb squad, animal control, and special weapons and tactics (SWAT), according to program coordinator Mike Kelly. Students also will learn about use of force and how to assess a scene in which force might be necessary.

Students will also learn about new technology being implemented by CPD and CPD’s use of body-worn cameras.

“The Clinton Police Department would like to use the Citizens Police Academy program to create positive relationships between the community and the police,” said Lt. Mike Kelly, who serves as the department’s community relations officer. “Our goal is to make a safer city through community-oriented policing and better understand how to serve our citizens at the same time. We hope to educate members of the community about how the Clinton Police Department works and invite them to become active members in our efforts to make the City of Clinton a great place to call home.”

Typically, people sign up for the program to learn about how police are trained, how the various units within the department operate and the laws officers follow, Kelly said, adding that the program adds transparency to the profession and gives students an idea of a side of policing rarely seen.

“This is kind of like an up-close-and-personal opportunity for them to learn about what the police department [does],” Kelly said.

To enter the program, applicants must pass a background check.