The highest level of soccer in Mississippi is returning to Clinton for a 13th season. Mississippi Brilla FC’s USL League 2 team is scheduled to kickoff its season on Thursday, May 16 at 7:30 pm at Clinton High School Arrow Stadium. This year’s 7 game home schedule centers around “Family Fun Days.”

“I have lived in Clinton my entire life,” said Brilla Executive Director, Rusty Bryant. “One of the reasons Mississippi Brilla FC calls Clinton its home is so we can offer affordable fun for the entire family throughout the summer.”
Scott Taylor, another Clinton resident since birth and Brilla’s VP of Operations, added, “This year we have really focused on our ‘Family Fun Days’ theme. I have two small children, so we asked ourselves what we could do to engage every member of the family, whether they were interested in the soccer match or not.”
“Family Fun Days” offers something for everyone: game day ticket specials, giveaways, live music, contests, Fuzzy’s Kids’ Zone with inflatables, concessions, and special food vendors.
Bryant added, “There is so much to get excited about this summer, but I am probably most excited about the live music that will feature local artists at halftime, and also our Fuzzy’s Kid’s Zone. Fuzzy’s has partnered with us to do a drawing for a free kid’s meal for a year at each of our home matches.”
There is just as much excitement centered around the on the field product as well. Brilla is one of the most successful franchises in the league each year, and 2019 promises to be more of the same. The team will feature a new coach in Luke Sanford, who joins the squad from Indiana Wesleyen University. Sanford played for Brilla in 2007, its inaugural season in the USL.
Aside from a new coaching staff, the team will also feature an entire new roster with players coming in from England, Chile, Spain, Norway, Ghana, Panama, France, Wales, Japan, Brazil, Trinidad, and Poland.
For tickets and additional game day information visit www.brillasoccer.org. 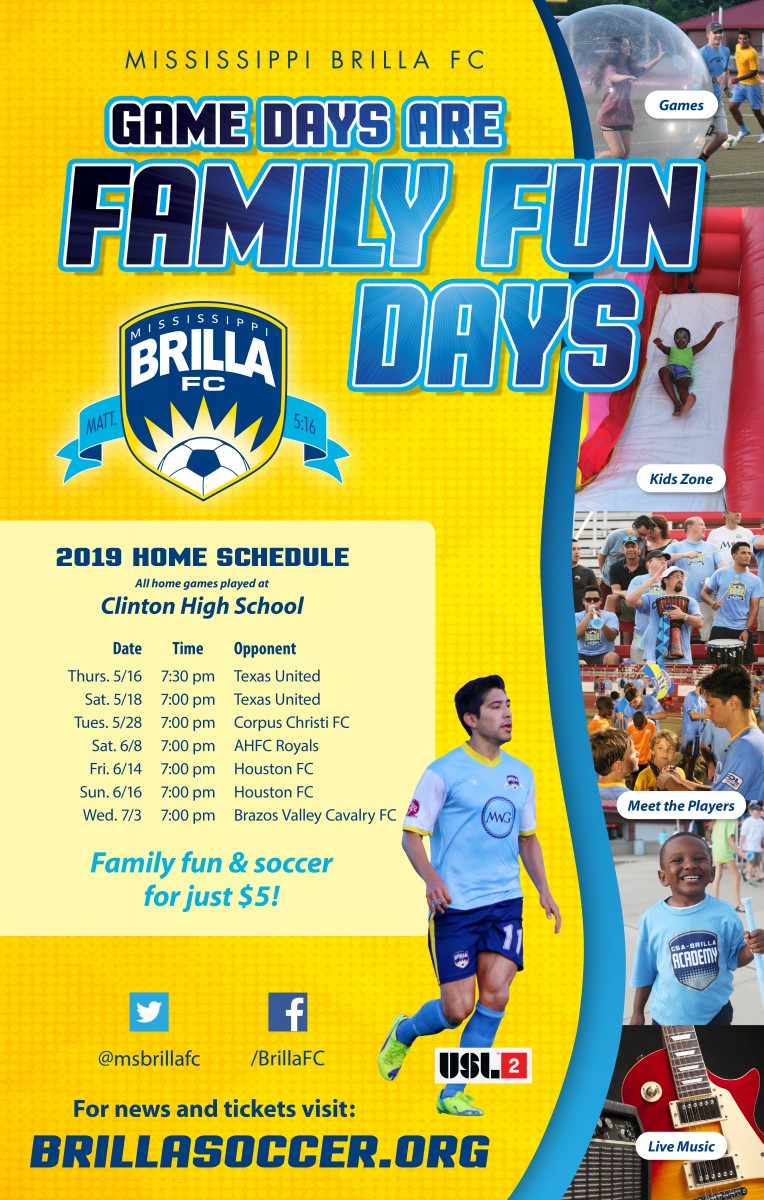