Seven employees are retiring from the Clinton Public School District this year.

“We’re grateful to these men and women for their years of dedicated years of service to the children and families of Clinton,” said Dr. Tim Martin, Superintendent of Schools.

The annual Retirement Celebration will be held at 6 p.m. Tuesday, May 14 in the Clinton Public School District Central Office Cafeteria (201 Easthaven Drive). The event is open for anyone to attend.

Mrs. Bishop has taught for 30 years, including 20 in the Clinton Public School District at Lovett. After retirement she plans to spend time with family.

“The position in the facilities and grounds office was a challenging and a rewarding position,” she said. “I gained so much knowledge and it gave me an opportunity to work with all of the CPSD schools. I was able to work with vendors, contractors, engineers, etc., gaining the knowledge to address problems that could arise in the district.”

After retirement, she and her husband are planning an Alaskan cruise and she is working on her family ancestry.

Mrs. Curtis has driven a school bus in CPSD for 11 years. She is a member of Good Hope Baptist Church in Flora and she has four children, Pam, Patricia, Alford and James Earl. She has eight grandchildren and two great-grandchildren, and plans to travel and spend time with family after retirement.

Ms. Hamil has worked 26 years in the Clinton Public School District. She began as a teacher at Clinton Alternative School, then moved to teach at Eastside Elementary. She worked as coordinator of support services/district test coordinator at Central Office and then worked as assistant principal at Eastside before moving into the head principal role.

She is a Clinton High School graduate and all three of her children are also Clinton graduates (Courtney, class of 2004, Christina, class of 2007 and Peyton, class of 2015).  After retirement she plans to spend time with family and travel.

Mr. Heath has worked in education for 31 years, including the past 20 in the Clinton Public School District. During his first 16 years in CPSD he was an assistant principal at Clinton High School and he has served as principal of Clinton Alternative School for four years.

He and his wife Glynda have been married 30 years this year. She is a bookkeeper at Northside Elementary School. They have three children, all products of the Clinton Public School District. Robbie is a sophomore at Hinds Community College planning on attending Mississippi College this fall; and Grant and Glyn are seniors at Clinton High School planning on attending Hinds this fall.

After retirement he plans to “sit back and enjoy myself for about a week before I begin work as Principal of Central Hinds Academy in Raymond.”

Mrs. Lann has worked in education for 31 years. For the first seven years, she was a classroom teacher and she has been a school counselor for 24 years, 21 of which were in the Clinton Public School District.

She holds a master’s degree and an education specialist degree in counseling and psychology. She is a National

She and her husband Robert have two children, Bob and Ben, who are both Clinton graduates. 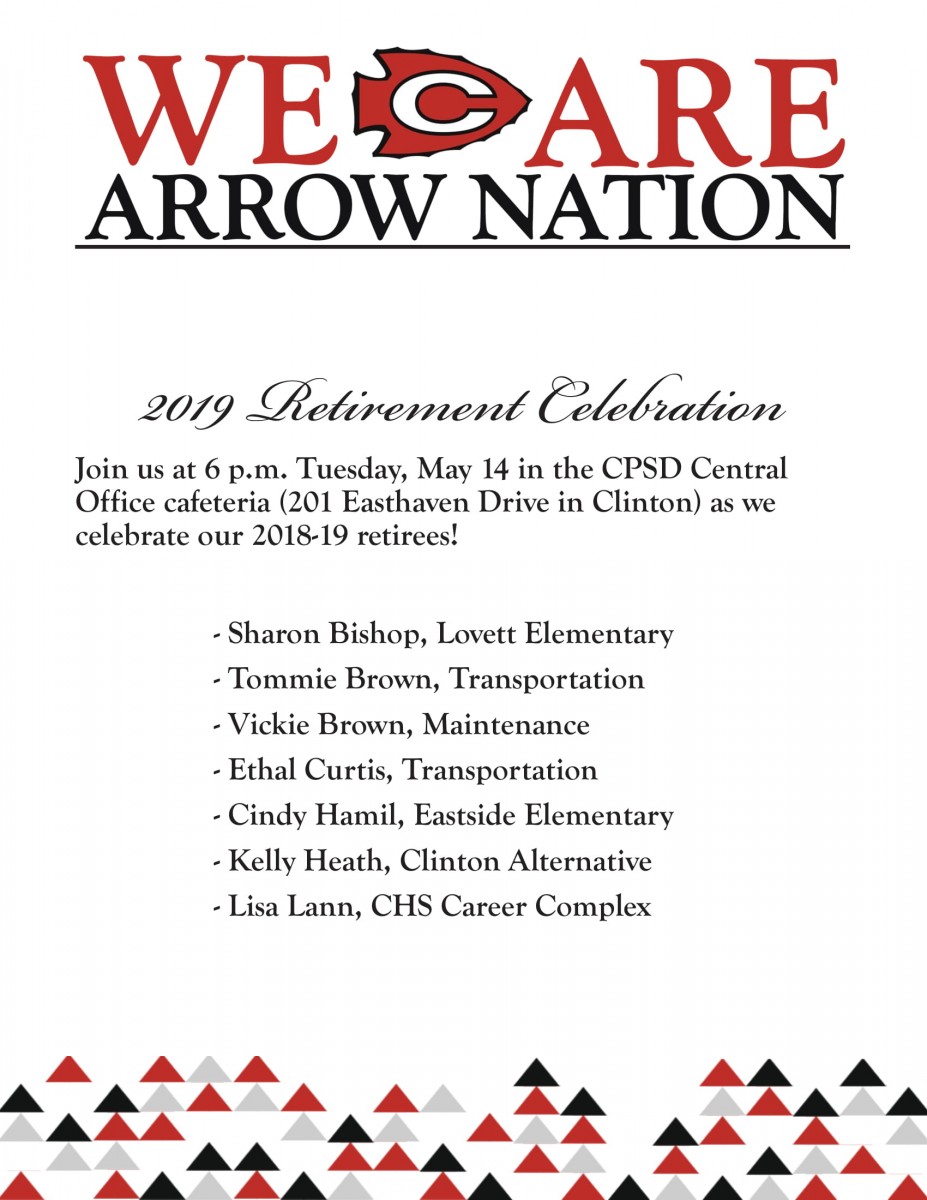