Bernard Kines of Clinton has been appointed by the Mayor and Board of Aldermen to the Clinton Public School Board. Bernard Kines replaces Kenny Lewis who was recently elected as a Justice Court Judge for Hinds County.

While many names were considered for the open School Board seat, one name kept rising to the top of potential nominees, that of Bernard Kines. From community leaders, school district representatives and city leaders, all were in agreement that Bernard Kines’ deep connections to the community and his passionate involvement in many community organizations made him the obvious choice.

“Bernard Kines is a servant leader. He is the first to arrive and last to leave. Bernard is diligent about involving his family in his community service, where Bernard is, you will also find his wonderful family,” stated Mayor Phil Fisher. “This is why Bernard will be a great addition to the Clinton School Board.”

Bernard has been employed with Mississippi Farm Bureau Casualty Insurance Company for over 19 years, where his current position is Field Underwriter.

CPSD Superintendent Dr. Tim Martin stated that “We are blessed in the Clinton community to have so many educated, professional people willing to serve in roles such as school board members. We’re thrilled to have Mr. Kines join our board. The Clinton School Board is a rare example of a body of people who make decisions based on what’s in the best interest of children. Mr. Kines will join in those efforts and continue to move our district forward.”

Bernard has served on the Clinton Main Street Board since 2011 and was appointed President in 2014. He also serves as Chairman of the Economic Vitality Committee. Bernard was selected as a member of the 2019 Leadership Clinton class.

Bernard is an active member of Greater Pearlie Grove Missionary Baptist Church.  He lives in Clinton, Mississippi with his wife Shonda and their son, Sean. 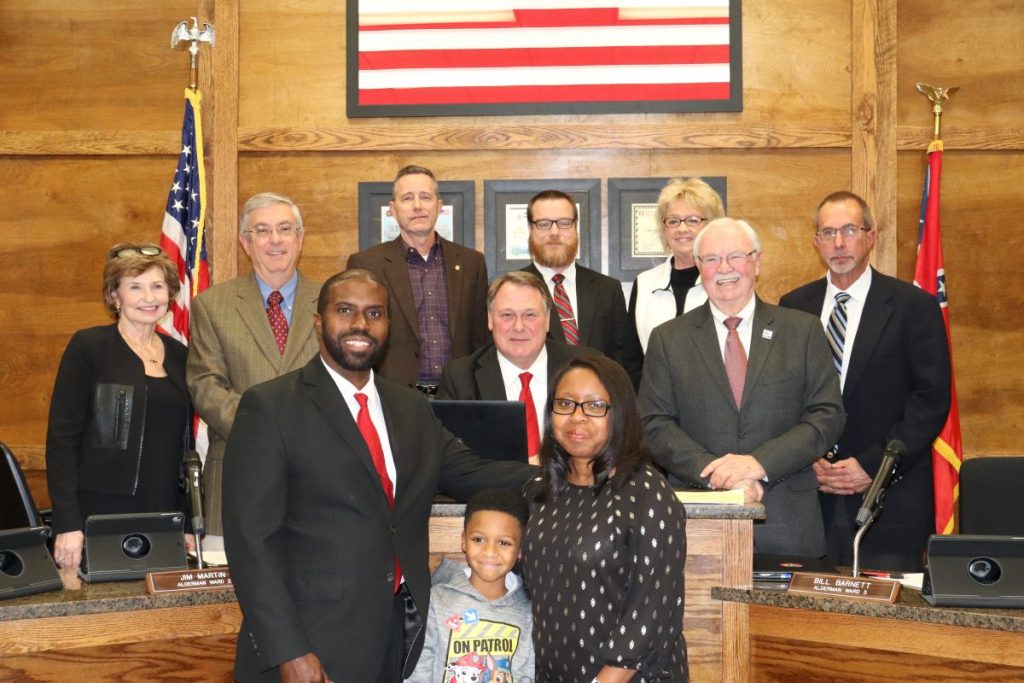 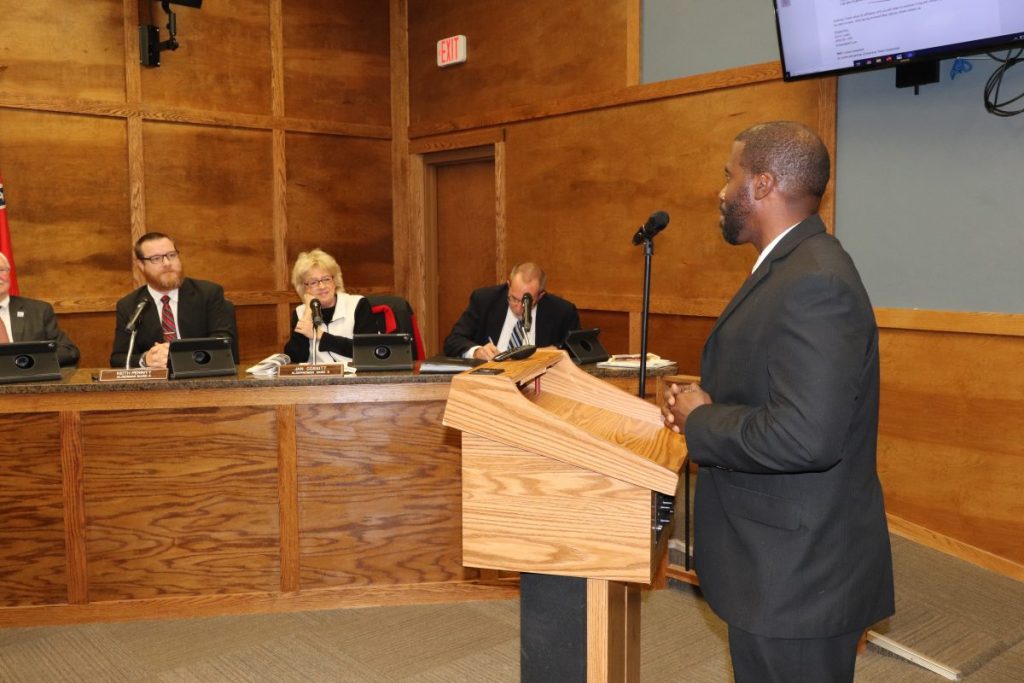 Bernard Kines addresses the Board at his appointment on Jan. 7, 2020