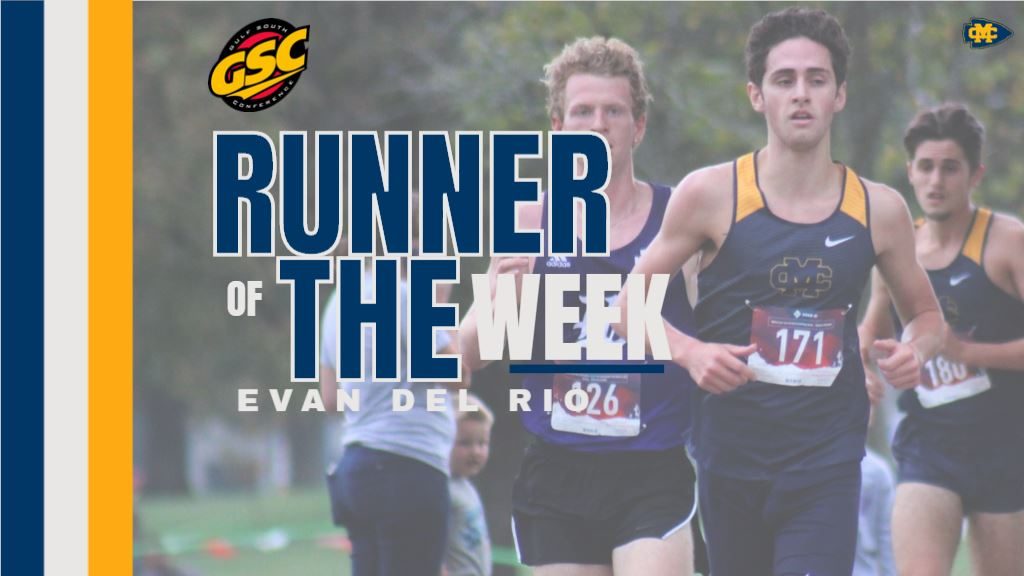 CLINTON, Miss. — Mississippi College’s Evan del Rio was named Gulf South Conference Cross Country Runner of the Week, as announced by the conference office on Tuesday, Oct. 13.
Del Rio posted his first career, 8K-race win at the Kentucky Wesleyan University-hosted Fast Cats Classic and the third of his career on Friday evening. He posted a time of 25:07.34. Del Rio helped lead the Choctaws to the team title – the first since the 2018 Mississippi College Division II Invitational.

This marks the fifth, weekly award from the conference of his career and his first runner of the week nod. Del Rio grabbed four GSC Freshman of the Week honors during the 2018 campaign.

Mississippi College returns to action on Saturday, Oct. 17 as it hosts the Watson Invitational. The men’s 8K starts at 8:45 a.m.