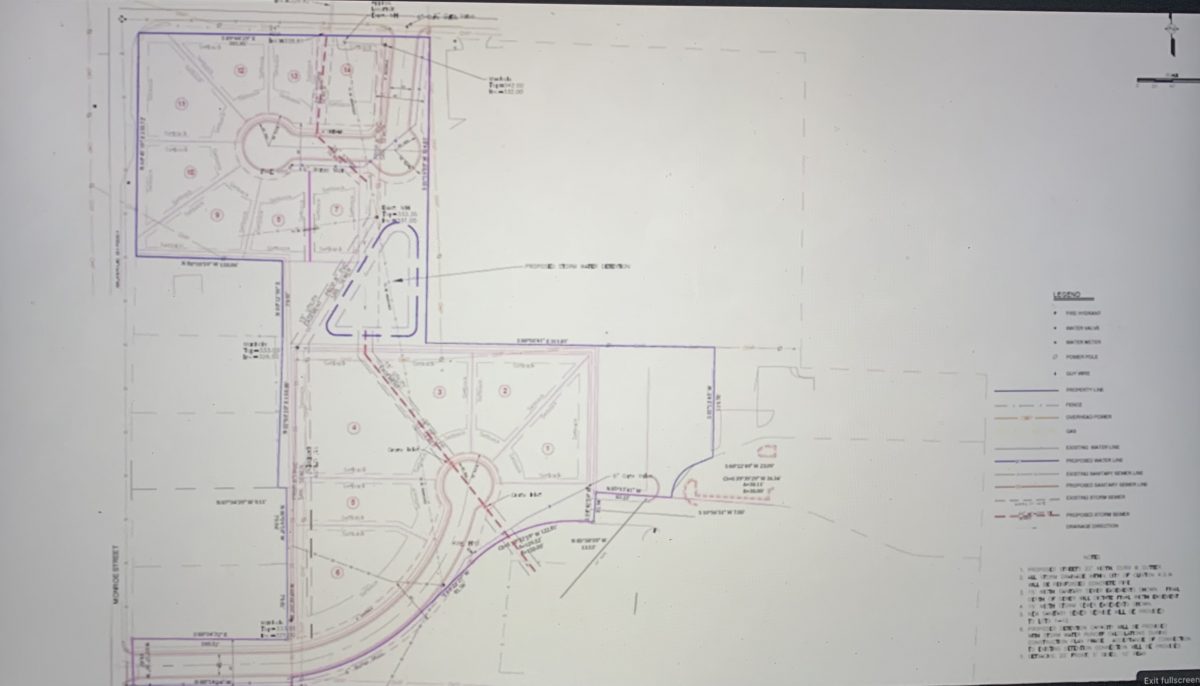 With a unanimous vote of 5-0 at the Board of Aldermen’s June 1 meeting, Kickapoo Properties, owned and operated by Ben and Vicki Walker for more than twenty years, was granted a variance for fourteen parcels on Monroe Street and the Clinton Parkway. Ward 6 Alderman Mike Cashion and Ward 5 Alderwoman Jan Cossitt did not attend the meeting.

The variance to the certificate of appropriateness previously granted to the Walkers allows the parcels, which will be used for homes, to be fifty feet wide instead of the 80-foot width required for subdivisions. Homes will be between 1,600 and 2,000 square feet. The city ordinance sets minimum square footage for a home at 1,400 square feet, Community Development Director Roy Edwards explained to the Board.

The subdivision, whose design had previously been presented to the Board in February 2020, has been redesigned to include two separate cul-de-sacs, one allowing entrance from Monroe Street, the other from Cynthia Street, eliminating through streets spanning the entire development. The developers also requested and received a variance to reduce the street widths in the subdivision by six feet, making them twenty-two feet wide rather than the ordinance-required twenty-eight feet.

Additionally, the Walkers have asked that “no parking” signs be posted on the streets and cul-de-sacs, to ensure space to get fire equipment through the streets.

“I do like the new configuration,” Alderwoman-at-Large Ricki Garrett commented. “It works out so much better than the one we originally had. I’ve very glad to see this moving forward.”

Several home designs were presented to the Board, with the understanding that each home will require approval from the Clinton Historic Preservation Board and the Board of Aldermen before construction can begin.

“When do you plan to get started on this?” Mayor Phil Fisher asked.

“Pretty soon,” Walker replied. “I’ve let bids on one tract, and I am getting ready for others.”

In 2020, Clinton officials rezoned the area from C-2 to Olde Towne Mixed Use to match the adjacent properties along Monroe Street to the west of the development. Officials say investment in the area will bring redevelopment to the older neighborhood along Monroe Street. Designs of the homes are expected to be similar to the existing Spring Hill neighborhood on Lawson Street in Olde Towne Clinton, which was also developed by Ben Walker.