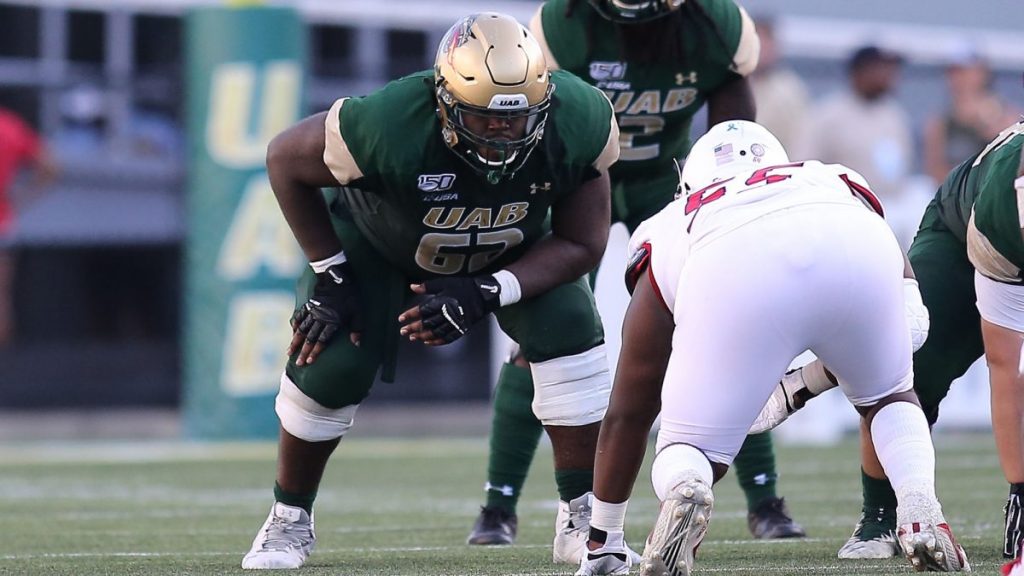 The Football Writers Association of America (FWAA) announced yesterday that UAB offensive tackle Sidney Wells has been named to the Outland Trophy Watch List. Wells is one of three Conference USA linemen on the list.

The 2017 Clinton High School graduate started all nine games for the Blazers last season. He was a key cog on an offensive line that allowed only four sacks all year. Wells was a First Team All-Conference USA selection and helped lead the Blazers to their second ever conference title.

Since 1946, the Outland Trophy has been presented to the best interior lineman in a given season. The watch list, which is compiled before every college football season, is composed of 80 lineman representing each Division 1 FBS conference as well as independent schools. The 2021 Outland Trophy will be awarded in December at The Home Depot College Football Awards. The award show will be nationally televised by ESPN.