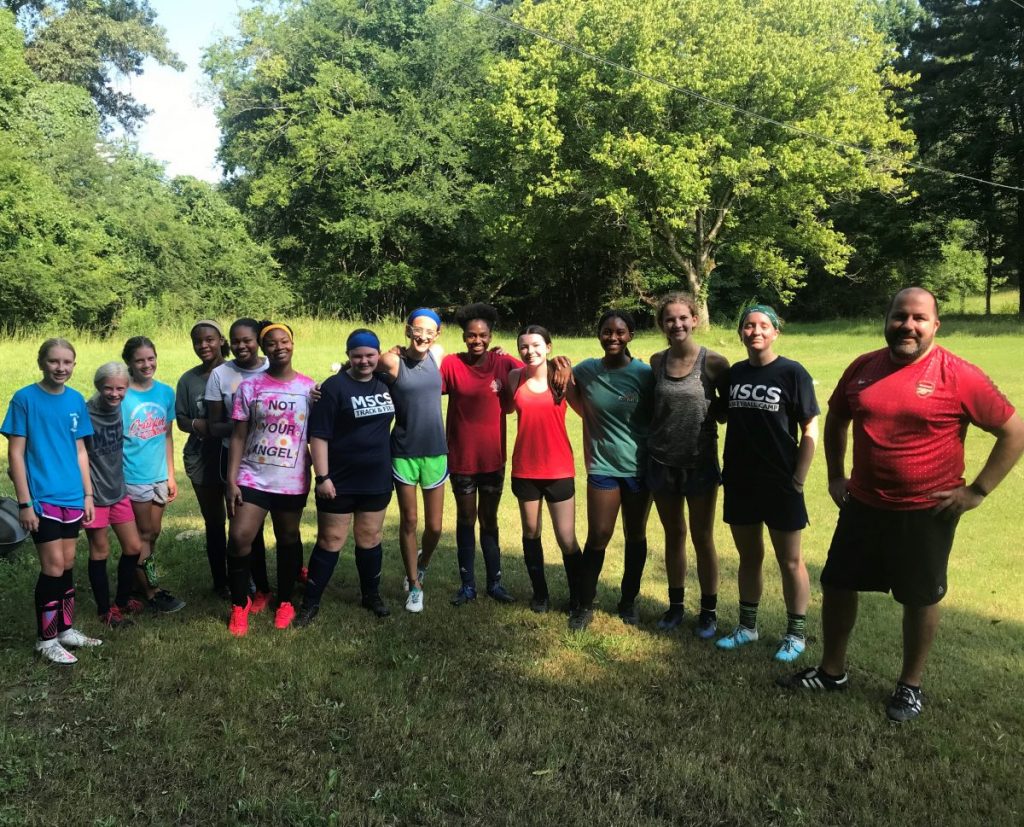 For many years, soccer has been one of most popular sports in Clinton. This season, there will be a new soccer team in the city.  For the first time in Mount Salus Christian School’s 51-year history, the school will field a girls soccer team.

Mount Salus has had a co-ed soccer team that previously played in the Clinton Soccer Association’s recreation league. However, enough girls showed interest that a separate team was able to be created.

The Lady Eagles will be coached in their inaugural season by Ian Kayser, the senior pastor of Providence Presbyterian Church. Kayser has a couple years of previous experience in coaching soccer, but this is the first time that he has been involved with Mt. Salus’ program.

“We’ve been working a lot on the fundamentals,” Kayser said. “I’m trying to help the girls love soccer. I love soccer, and I want the girls to love it too.”

“It’s a learning experience, so we’ll all learn from it,” he added. “It’s great fun to be at the ground level of a new program. Hopefully, we can set a culture where the girls love soccer and can have fun. Hopefully, soccer can be a tool where they grow in their character and love for Christ and love for each other.”

There are 16 girls on the team, ranging from 7th graders to 12th graders. The roster is a young one, as the team only has six high school-aged girls on the roster.

Three of those older players are Casidee Sanders, Victoria West, and Sarah Rose Govero. Sanders is a senior, and she will be tasked with being one of the team’s veteran leaders.

“Practice has been great so far,” she stated. “We’ve been learning a lot. I’ve seen people grow since we’ve started.”

“It’s been great for Mount Salus to step forward and have a soccer team. It’s been fun to watch us grow.”

“We’ve definitely grown since coming back to practice this summer,” the rising sophomore said.

Govero, a junior, spoke about the team’s fitness levels.

“We’ve been trying to get back into shape this summer,” she said. “We’re getting there.”

The Lady Eagles will open their season with a home match against Discovery Christian on Monday, August 2nd. The match will kickoff at 4:00 p.m. from Traceway Park.