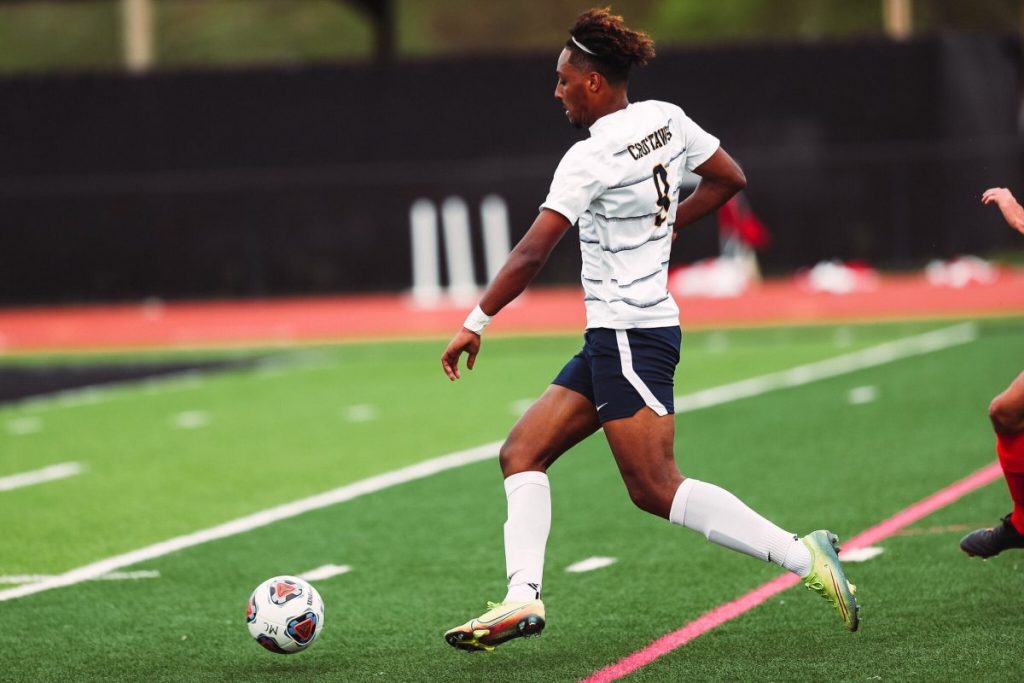 Zach Diallo tallied a goal and an assist for the Choctaws. (Courtesy of Mississippi College Athletics)

The Mississippi College men’s soccer team is back on track. After dropping their opening two matches in Florida last weekend, the Choctaws picked up a huge 5-0 home win over Ouachita Baptist yesterday afternoon. The Choctaws scored three first-half goals and coasted to a victory over the visitors from Arkansas.

Graduate student Filippo Bellu opened the scoring with an unassisted goal in the 14th minute of play. Forwards Noah Wagner and Zach Diallo followed by tallying goals within an eight-minute span to give the Choctaws an insurmountable 3-0 halftime lead.

Wagner added his team-leading third goal of the season with a finish in the 59th minute. Bellu finally sewed up the match with a goal in the 87th minute, his second goal of the match.

Next up for the Choctaws will be Auburn Montgomery. Choctaws will travel to Montgomery, Alabama to open their GSC slate on Friday against the Warhawks.  Kickoff at the AUM Soccer Complex will be at 7:00 p.m.