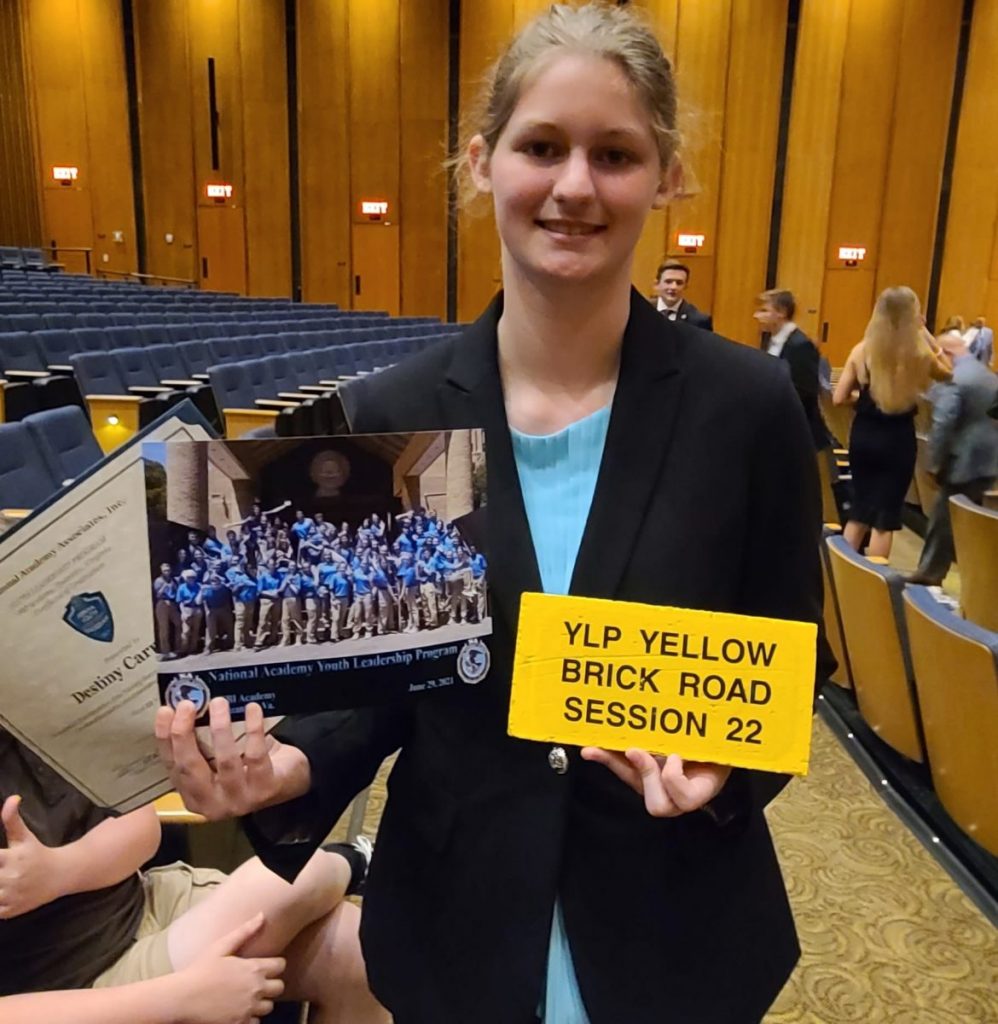 During her sophomore year of high school, Destiny Carpenter signed up to take Law and Public Safety as an elective at the Clinton Public School District’s Career Complex, but, halfway through the year-long course, former CPSD School Resource Officer Al Kimbrell alerted her to another opportunity in the field of public safety: a summer youth leadership program held annually at Quantico in Virginia.

Intrigued by the prospect of honing her leadership skills at the Marine base, Carpenter went through a rigorous application process, undergoing a background check and a ten-question interview on Zoom with three law enforcement professionals. The now-junior was also required to write a one-page essay on the concept of leadership, which Carpenter says was especially rewarding.

“We had a leadership unit in my law class, and that helped me answer the essay,” she reflected. “I also always tried to put myself in leadership positions as best I could, so some of it was personal experience.”

Her academic and personal experience paid off, as Carpenter was selected to attend the FBI-sponsored event this summer, where she finally met the fifty-eight other students who’d been among her toughest competition during the application process.
“When I met the other fifty-eight people, I didn’t see them as competition anymore,” Carpenter stated. “It took everybody probably five minutes to bond, and we started talking and finding things in common.”

Those commonalities were immediately apparent, as the driven group of high school students embarked on the rigorous program, which included tactical driving, active shooting, and physical training.

“It was everything the Marines do,” Carpenter said of the high expectations that the group’s mentors set throughout the program.

The high schoolers were also given one final obstacle to surmount, as the campers were expected to complete the challenge course undertaken by most police departments and national academies, commonly known as “the yellow brick road.” Though adults in law enforcement make their way through an eleven-mile course, the campers’ course was just shy of five miles, an adjustment that Carpenter said was made in order to comply with safety regulations.

“I’m proud of that yellow brick,” Carpenter said with a laugh.

For Carpenter, her journey will not conclude at the end of the yellow brick road, as the high schooler has her sights set on a career in forensics, which she believes will marry two of her greatest passions: science and law enforcement.

“I’ve always loved working in the lab, so forensics is kinda like law and science put together,” Carpenter concluded.