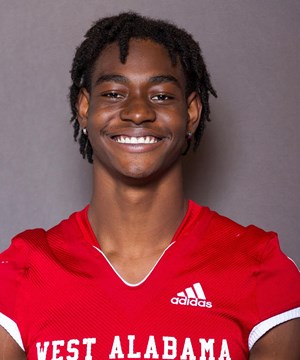 Clinton High School graduate Terrance Newell was named as one of the Gulf South Conference’s (GSC) top newcomers. He is a defensive back for the University of West Alabama.

Newell transferred to West Alabama from Mississippi Gulf Coast Community College. After switching to defensive back from wide receiver, Newell racked up 35 total tackles, two tackles for loss, a forced fumble, and eight pass breakups for the Bulldogs. After playing a big part in the Bulldogs winning the 2019 NJCAA National Championship, he signed to play with West Alabama at the conclusion of his sophomore season.

Newell was able to feature in two spring games for the Livingston, Alabama-based Tigers in March. He tallied eight total tackles, a tackle for loss, and three passes defended. Newell helped West Alabama defeat Limestone and Savannah State and finish the spring unbeaten.

West Alabama will open its 2021 season with a home game against Morehouse on September 4. The Tigers will also face Mississippi College in a GSC game at Robinson-Hale Stadium on September 25.