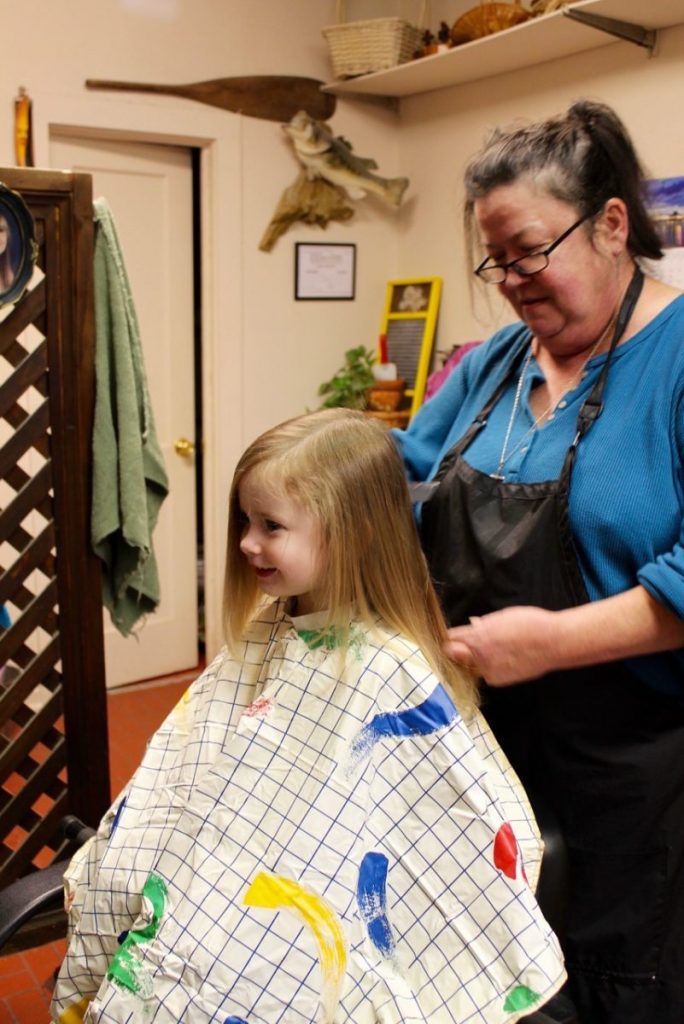 For the first time in nearly one hundred years, the snick of scissors and the buzz of a razor are no longer heard at 404 Monroe Street in Olde Towne Clinton.

That is because Tricia Tichenor, a hair stylist for forty years and owner of Hair Affair in Clinton since 1992, recently retired. The reference to nearly one hundred years of scissor silence is because, for fifty-seven years prior to Tichenor opening Hair Affair at that location, the late Henry Ray Shivers owned and operated Clinton Barber Shop there.

Reflecting on her forty years as a hair stylist in Clinton, “It doesn’t seem like I should be this old,” 62-year-old Tichenor said. She absolutely loves cutting hair; however, poor health caused her to retire. “I never thought about retiring.” She confessed she has a hard time just sitting on the porch. “It’s hard to stay retired. I miss working and seeing my customers; they are my family and friends.”

“The reason she misses it so much is because the people she did hair for are like family,” said Jacque Tharp, who was a customer of Tichenor’s for fifteen years. Tharp’s husband, Jerry, owned and operated Jerrico’s Trophy Shop, which was located near Tichenor’s shop. Tichenor cut Jerry’s hair for more than twenty years.

“His hair would get shaggy, and she would let him know,” said Tharp. One day Jacque went in to Hair Affair with Jerry, and she became a customer, too. 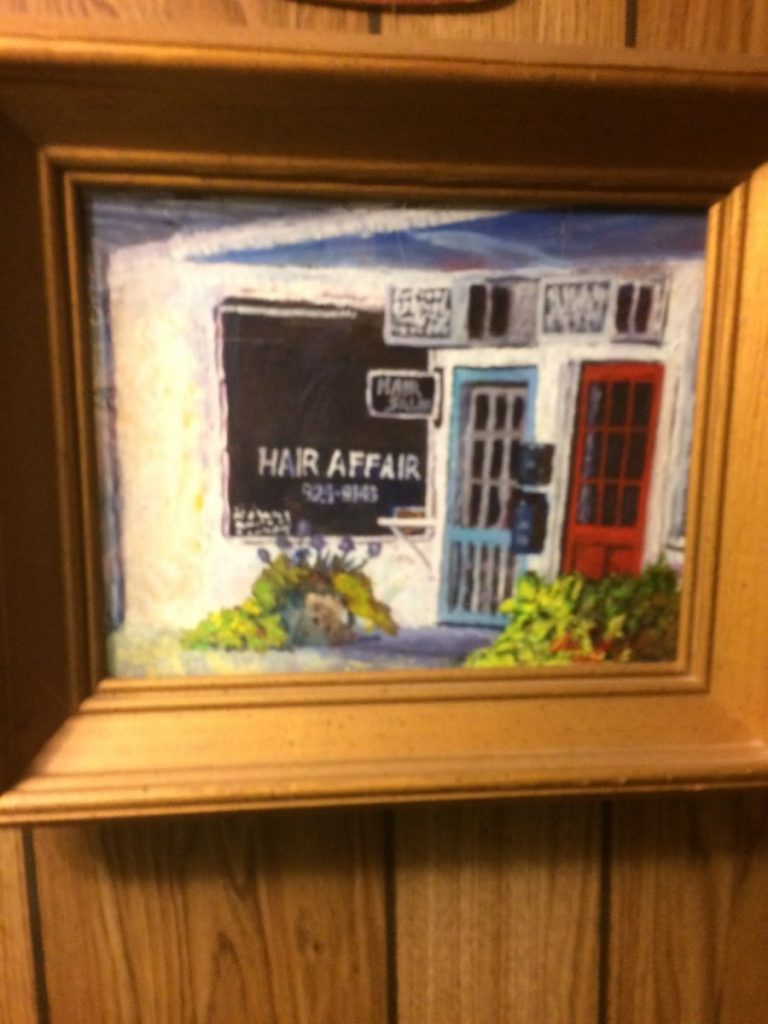 “She put her customers’ first and was the easiest person to deal with.”

Not only did Tichenor treat her customers with kindness and generosity, but also her acts of generosity in the community are countless.

“I don’t know how many people she helped financially. People were always coming in her shop; she gave them food, drinks and money. She helped a lot of people that needed help,” Jacque Tharp said. “We’re gonna miss Trish, miss our therapy sessions, and miss our friend.”

When approached for an interview with The Clinton Courier, Tichenor said she didn’t think there was much about her that was interesting enough for a story. The Courier disagreed, and a brief posting on social media asking Tichenor’s former customers to post about her gathered tremendous positive responses for the special lady, who for years quietly went above and beyond with service not only to her customers, but also to anyone in the community that she learned needed help.

Many of Tichenor’s customers lamented that nobody else knows how to cut their hair, or knows when they need a haircut like Tichenor did.

“Tricia would tell you that she had nothing interesting to say,” Selby stated. “I have been texting and phoning her to check on her. I will certainly miss her. I appreciated that she would call me to say it was time for a haircut.” Tichenor not only cut Selby’s hair, but also her children’s hair and her granddaughter’s hair.

“Tricia is the best at serving those who need help!” Peggy King of Clinton posted. “Her Christian heart shows in everything she does and everyone she meets! She has spoiled me over many years to the point I can’t explain to anyone how to cut it!”

“Tricia always had the biggest, giving heart!” Denise Carraway of Clinton posted. “When I was in high school and college, paying my own way, she would never let me pay full price. She was always trying to help where she could.”

Clinton resident Beth Elliott posted: “I have known Tricia through it all. A great person, dear friend and one fine hair stylist.”

Martin Dawson Sr. of Clinton first met Tichenor through residents at Brookdale (formerly Trace Pointe). “From that point on, as I drove the bus, wherever she saw me or if I passed by the shop, she would smile and wave. I have passed there often, trying to catch her outside.”