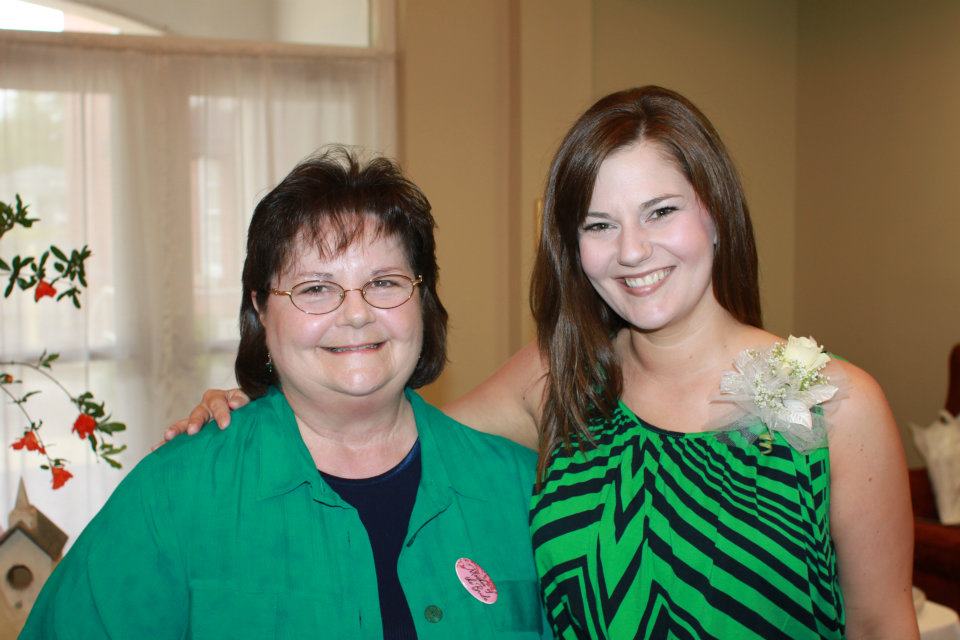 Megan Woodard Berry never planned to be a math teacher. After several college degree changes, and even through her early years of graduate school, she thought about a possible career in English or journalism, but never, ever math. After all, she’d seen what it takes to be a teacher, since her mom, Shirley Woodard, had been teaching math since before Megan was born.

All that changed nearly two decades ago, and Megan has been following her mom’s lead ever since. When school started this month, it marked her 16th year at Clinton High School. Despite Megan’s “never, ever” start in teaching, Shirley and Megan are a mother-daughter teaching dynamo who have impacted students for a combined total of fifty-six years as educators.

Shirley began teaching eighth-grade math in 1976 at Louisville Middle School while her husband David finished his electrical engineering degree at Mississippi State University. They had met in an MSU calculus class the year before, “and the rest was just meant to be,” Shirley said.

Shirley kept teaching, eventually moving to Clinton and teaching trigonometry at Central Hinds Academy (CHA) from 1980-84. In fall 1984, she began teaching at Clinton High, her home school until she retired in 2008. In her spare time, she earned a master’s degree at Mississippi College and raised two children.

Megan now teaches Honors Algebra II, a course first started by her mom, as well as ACT Prep, and Civil Engineering and Architecture. Shirley’s specialties were geometry and algebra before she retired the first time. That’s right – she’s retired twice!
After she left the Clinton school district, Shirley taught four years at CHA (2008-12), then three years at Clinton Christian Academy (2012-15) and then went back to CHA for one more year (2015-16).

“I retired for good after that!” she says.

As a teenager, any suggestion of being a math teacher received a “No, no, I refuse!” from Megan. All that “teenage rebellion and silliness” changed when she took a part-time job as a tutor while attending graduate school at the University of Southern Mississippi. “I finally quit fighting it! I found out I liked helping students, and I began to understand why my mother loved it.”
For the first two years, Megan and Shirley taught together at CHS.

“The best years of teaching were when Megan and I taught together, and then her younger brother joined us as a high school student,” Shirley says. “Those years will forever be in my heart!”

Even now, Megan still turns to Shirley for input and help.

“Sometimes, on the way to school in the morning, I still call her seeking her advice,” Megan said. “Even though COVID-19 changed the way we teach for a while, the basics haven’t changed.”

Now, Shirley’s former students have children who are Megan’s students.

“It’s fun when my students share their parent’s stories about being in class,” Megan said. “I hope my students love me like hers do.”

As for new teachers, Shirley has a few words of advice. “Keep a good notebook, updating it yearly. Always look for improvements in your style of teaching, interactions with students and parents, but most of all, show them that you CARE!”

EDITOR’S NOTE: To suggest a Clinton neighbor for an “Around the Corner” feature, email their contact information to News@TheClintonCourier.net.