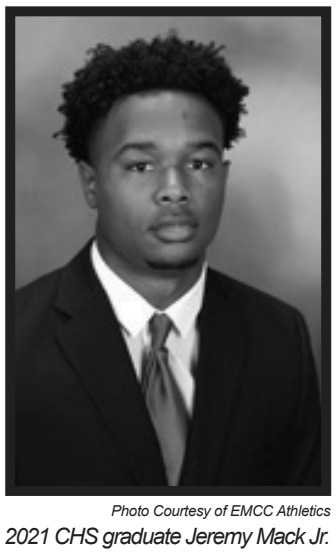 East Mississippi Community College is a perennial powerhouse on the football field, and the team has a familiar face in the defensive backfield this season. 2021 Clinton High School graduate Jeremy Mack Jr. has appeared in each of the Lions’ five games and made a splash already.

Mack has three interceptions this season, leading the team in that category. At press time, he is also tied as the nations’ leader in interceptions. Mack was in the midst of a three-game interception streak as he picked off passes against Southwest Mississippi, Mississippi Delta, and Holmes.

The ball-hawking defensive back has also tallied 16.0 tackles and one fumble recovery this season. In the Lions’ 30-21 win over 13th-ranked Northwest Mississippi on Thursday, he made five defensive stops. This was his second-highest tackle total of the young season.

Mack and the Lions currently sport a 5-0 record this season and are ranked among the top-six junior college teams in the country. They’ll have four more regular season games, starting with a home game against Northeast Mississippi on Saturday, October 9th.