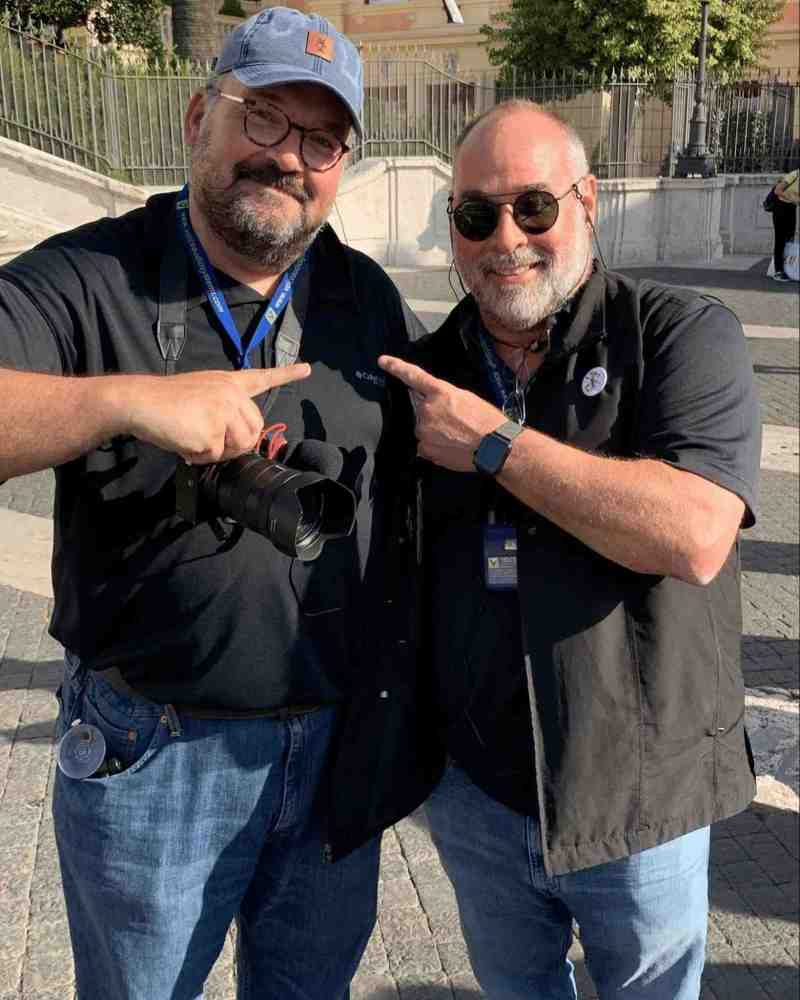 To produce a documentary on Anderson’s life, Thaxton relied on his own.

The resulting work, “Walter Anderson: The Extraordinary Life and Art of the Islander,” by Thaxton and Robert St. John, will take center stage during Mississippi College’s Homecoming. Mississippi Public Broadcasting will host a premiere screening of the one-hour documentary at 2 p.m. on Saturday, Oct. 30, in Swor Auditorium in Nelson Hall.

A question-and-answer session with Thaxton facilitated by Andy Taggart, 1979 MC alum and this year’s recipient of MC’s Order of the Golden Arrow Award at Homecoming, will follow the screening in Swor. An accompanying 276-page full-color coffee table book about Anderson by Thaxton and St. John will be available for order at the event. Those who preorder a book at the screening will be eligible to receive a poster of the documentary signed by Thaxton and the musicians involved in the film.

The documentary will be broadcast on MPB stations starting Thursday, Nov. 4, with five airings scheduled within the first week.

For three years, Thaxton and St. John collected personal stories about Anderson from his children to produce the “intimate” documentary and book about the man who has been called “The South’s Greatest Artist.” The film and book both contain never-before-seen artwork by the Mississippi Gulf Coast resident and never-before-heard recollections from those who knew him best.

In addition to producer/director Thaxton’s involvement, the documentary has specific connections to Mississippi College. Noted commentator and artist William Dunlap, a 1967 MC alum, appears in the movie, as does excerpts from a 1978 film by Dr. Billy Lytal, former longtime chair of MC’s Communication Department.

But the aspect of the documentary that makes Thaxton most proud is the music. His son, Bryant, a senior music major at MC, composed and conducted all 10 songs of the original soundtrack. Two other MC students, Cole Smith and Brandon Pratt, played percussion on the score, while some of Bryant‘s other friends played piano, cello, and flute.

Thaxton said he specifically challenged his son by asking him to write the music for the documentary long before the film had even been completed.

“He has a lot of experience writing music,” Thaxton said. “I gave him the instrumentation I’d like – I said I wanted some cello, some flute, some soulful things. He recruited his friends to play the instruments and wrote the composition geared toward the ability of the student musicians.”

Each of the original songs bears titles reflective of Anderson’s works. The music was recorded in Thaxton’s studio and in MC’s band hall, and Bryant mixed the sound.

“I’m so proud of him because one of the things everyone talks about when they see early cuts of the film is how perfect the music is,” Thaxton said. “And then I tell them it was done by students, and they’re just floored.”

Bryant wasn’t Thaxton’s only family member to lend talent to the project. His daughter, Sydney, a student at Jackson Academy, added cinematography to the documentary, while his wife, Amy, a 1997 MC graduate, provided extensive research for the film.

Thaxton became familiar with Anderson while spending summers on the Gulf Coast. He remembers bringing a copy of “The Horn Island Logs of Walter Inglis Anderson” along with him on shrimp boat runs.

But his interest in Anderson was ignited as a student at MC when he was encouraged by Dr. Samuel Gore, founding father of the MC Art Department, and Dr. Kenneth Quinn, professor of art, to further explore Anderson’s work.

“They knew I was from the coast,” Thaxton said, “so they helped acquaint me more with Anderson.”

Years later, Thaxton was working with St. John on a film series for MPB when they encountered John Anderson, one of Walter’s sons. The personal stories John Anderson told about his father moved the filmmakers so much they decided to include them in their next project.

“Hearing those stories from his son, it just clicked for both of us,” Thaxton said. “I immediately went and interviewed his four children. It was such a wonderful experience. Then along the way, we were given access to the family archives and vault.

“They shared everything they had – they basically gave us the keys to his museum. And as we were gathering all this material for the film, I said to Robert, ‘There’s too much material here. We need to do a book so we can fit it all in.’”

While working on the documentary, Thaxton and John Anderson struck up a friendship, which led to a memorable – and perilous – trip late one year.

“John led me out to Horn Island like his father would – in a 12-foot sailboat,” Thaxton said. “But in the middle of November, it’s kind of a dangerous time to go out, with all the wind.

“But we made it, and I had a wonderful experience staying out on the island with John, filming footage. Then I made a second trip with my daughter this past spring to get more footage, which added a lot to the production.”

The tortured genius of Walter Anderson has been the subject of many books and films since the artist’s death in 1965. Still, Thaxton said he and St. John wanted to offer a different perspective on the enigmatic painter and author’s life and work.

“There’s been a misconception about Anderson over the years,” Thaxton said. “Emphasis has been placed on the three years he suffered a breakdown and was in institutions. A lot of books have stretched that out and made that a main area of focus.

“But if you’re going to spend 20 years rowing out to an island and doing thousands of paintings and beautiful artwork, that doesn’t happen if you can’t function.”

In fact, Thaxton said he could identify on a spiritual level with Anderson’s work.

“I’m a Christian and I’m a believer – Everything I do has a spiritual component to it,” Thaxton said. “I believe Anderson was communicating to God out on that island. He was communing with nature, with God.

“When I was out on that island, I saw what the attraction was for him. But in a believer’s life, it spills out onto all that we do. Although this is not a religious film, it can still be a spiritual experience.”

Thaxton said the primary differences between his and St. John’s documentary and book and other profiles of Anderson are the stories from the artist’s children. The duo even uncovered a recording with Anderson’s wife made in 1979 that had been stored at the Mississippi Department of Archives and History.

“The voices of his family provide the most intimate kind of look at Anderson we’ve ever gotten,” he said.

The book is also distinguished by its chronological arrangement of Anderson’s art, so readers can easily perceive how his work progressed throughout different periods of his life.

“It’s a marriage of his art and his life in a way that has never been done before,” Thaxton said.

He said being able to show his documentary for the first time at MC, “the school that has always been so wonderful to me,” is especially meaningful.

“It makes me so incredibly proud,” he said. “It’s the biggest thing I’ve ever been a part of. I’m excited about people seeing things they’ve never seen before.

“We’re excited for folks to learn about Anderson, but at the same time, maybe challenge them to think about how we experience life and how we see life. If this film gets people to notice things around them, to become more aware of their environment and where they find themselves, it will have done something good.”