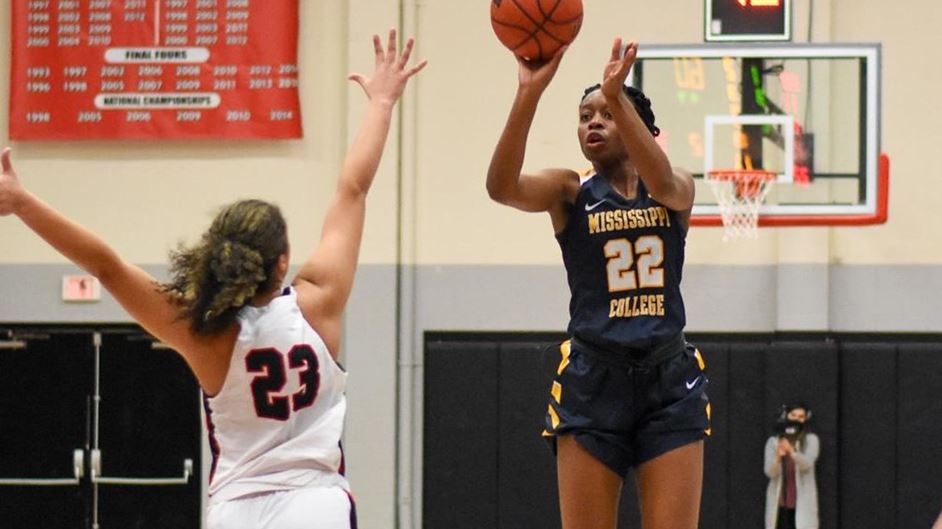 The women’s basketball coaches of the Gulf South Conference (GSC) have picked the Mississippi College Lady Choctaws to finish 11th in the league this upcoming season.

The Lady Choctaws, who are led by Head Coach Greg Long, finished the abbreviated 2020-21 season with a 3-9 record. However, two of those wins came on the road against longtime rival Delta State. This included a double-overtime thriller which ended with a seven-point win for Mississippi College.

Despite the loss of leading scorer Mikeba Jones, the Lady Choctaws return second-leading scorer NeNe Williams. The junior forward averaged 8.4 points and grabbed 5.2 rebounds per game. She also started all 12 games and shot 87.5 percent from the free throw line.

Sophomore guard Kyiah Julian will provide extra scoring from the backcourt. She led the team in free throw percentage (88.5 percent) and three-point percentage (31.3 percent). Julian also started all 12 games and was fourth on the team with 8.1 points per game.

Juniors Alana Canady and Jay Levy will return as well. Canady was fourth on the team in free throw percentage, shooting at an 80.0 percent clip. Levy led the team in steals and chipped in with 6.9 points per game last season.

Guards Ally Alford and Kayla Bradley were named among the GSC’s Top Newcomers. Alford, a North Delta School graduate, was an MAIS All-Conference selection five times and was named the 2020 MAIS Class 3A Player of the Year. Bradley stuffed the stat sheet while at Memphis’ White Station High School, averaging nine points, three rebounds, five steals, and four assists during her senior year.

The Lady Choctaws will play exhibition games against Mississippi State and Louisiana before officially starting the season in Tuskegee against LeMoyne-Owen and Tuskegee. The team’s home opener will be against Tougaloo College on November 16th.