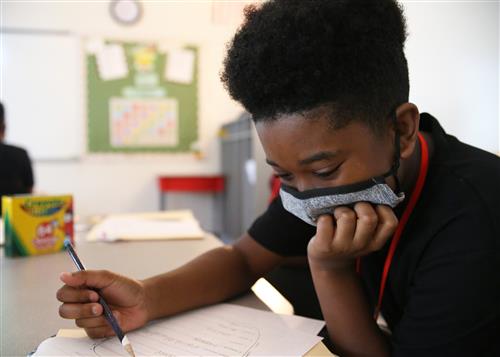 After a year without standardized testing due to the onset of the COVID-19 pandemic in early 2020 and the Governor’s subsequent order to close schools, Mississippi public schoolers took state assessments once again earlier this spring. As projected, test scores across the state fell, with educators citing learning loss and disrupted learning as the leading causes of student performance on the yearly assessments.

“The disruption and stress caused by COVID-19 has had an impact on student performance in every state in the country, and the impact has been more marked in mathematics than in English Language Arts,” State Superintendent of Education Dr. Carey Wright said in a statement regarding the release of scores. With this in mind, the Mississippi Department of Education agreed to allow students to be promoted without receiving a passing score and have thus far declined to rank Mississippi schools based on 2020-2021 test scores.

Though the Clinton Public School District did experience the shortfalls that plagued the rest of the state, its results were generally positive, and the district ranked well above the state average. In fourth grade ELA and Mathematics, the District’s percentage of students scoring a 4 or a 5 (which constitutes “proficiency” by state standards) were 23.1 and 34.6 percentage points higher than the state average, respectively.

Clinton performed particularly well when compared to other area high schools, outperforming three of Madison County’s four public high schools on the English II assessment and turning in a better district-wide performance on the same assessment than the Rankin County School District.