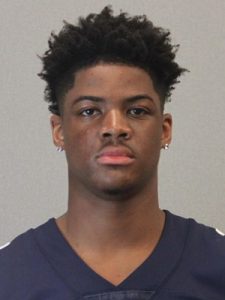 Mason caught eight passes for 85 yards in the game, leading the team in both categories. His 21-yard catch in the first quarter was his longest reception in the game, and it was a key play in a scoring drive which gave the Rangers a 14-0 lead. The team went on to defeat the Indians 41-13.

Mason has now caught 31 passes for 357 yards and two touchdowns this season. He is second on the team in catches, yards, and receiving touchdowns. He is also tied for tenth in the country in catches. In his two-year Ranger career, he has 48 catches for 574 yards and four touchdowns.

Northwest currently has a 6-2 record and is ranked ninth in the latest NJCAA rankings. Mason and the Rangers will face Mississippi Delta on Thursday in their final regular season game of the season. Kickoff from Moorhead will be at 7:00 p.m.