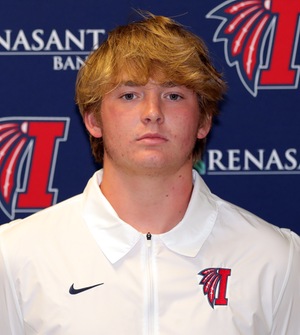 2021 Clinton High graduate Price Nixon is already making a case for being one of the top junior college punters in the state. The freshman earned the starting job for Itawamba Community College in his first season and has steadily climbed up the NJCAA charts.

Nixon has punted 46 times for 1,671 yards this season. His average of 36.3 yards per punt currently ranks him 17th in the country. Nixon has placed 18 punts inside the opponent’s 20-yard line, which ranks him an impressive third in the nation in that category.

Nixon and the Indians currently have a 3-5 record overall and a 2-3 record in divisional play. They will host top-ranked East Mississippi Community College on Thursday in their final regular season game. Kickoff from Fulton is set for 6:30 p.m.