The 2021 Clinton Christmas Parade may be poised for a record-setting year, based on applications that are already rolling in, said Clay Mansell, chairman of the Clinton Chamber of Commerce’s parade committee, offering an early assessment. 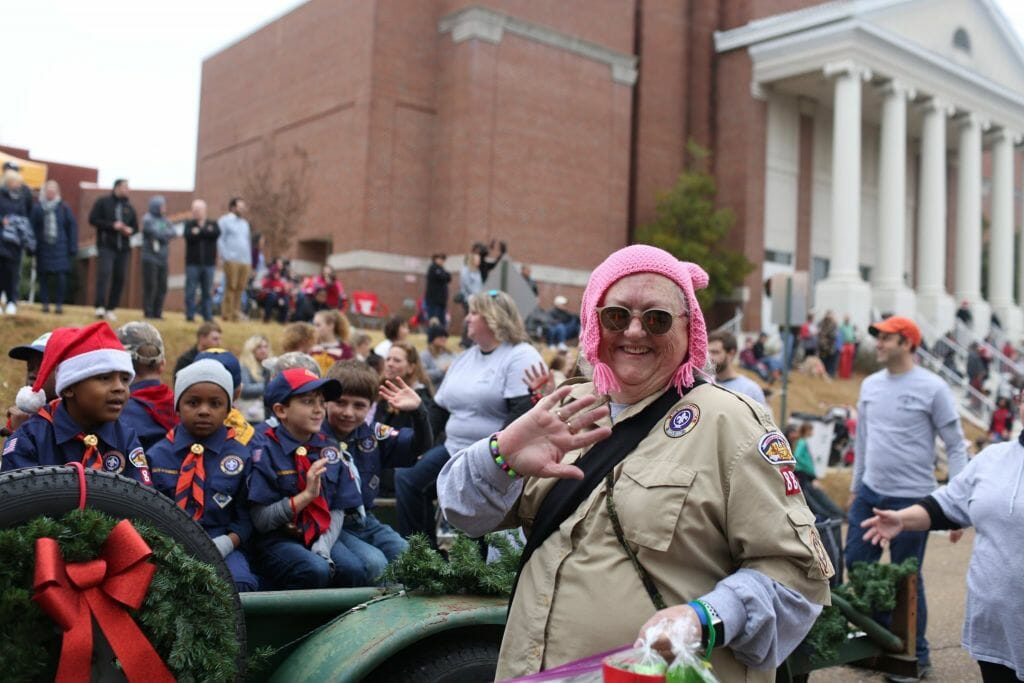 The parade brings seasonal cheer to Clinton streets, starting at 10 a.m. on Saturday, December 4. Marching to a “Snow Much Fun” theme, the annual procession of bands and floats sets the stage for all the festivities in Clinton that tie into Christmas.

“It’s just kind of neat,” Clinton Chamber of Commerce Interim Director and lifelong Clintonian George Ewing says of the Clinton Christmas Parade. “I’m 61, and I was in the first one,” as a Clinton High Marching Band student back in 1974. “It’s one of those community things that signals the start of the Christmas season.”

Wintertime teased with a nip in the air this fall, and while actual snow in early December is doubtful in the central Mississippi forecast, parade participants will have fun tying in with the parade theme. That is one of the criteria in the judging for best float.
On the marching band front, several bands are already signed up, including the bands from Hinds Community College along with its popular Hinds Hi-Steppers, Jackson Academy, Clinton High School and Sumner Hill Junior High. 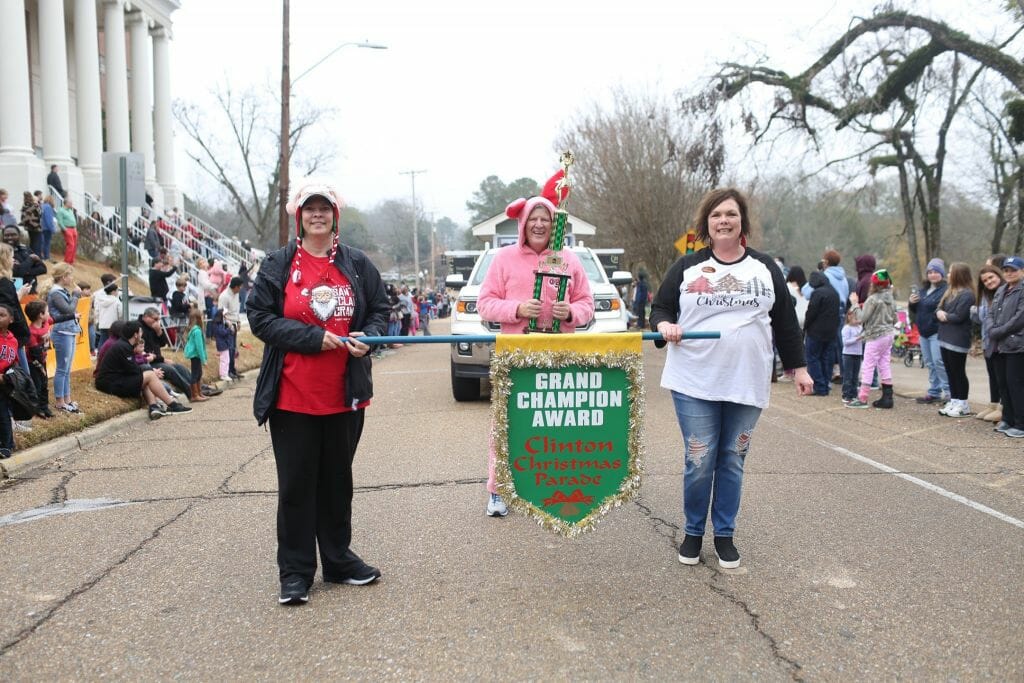 The two-mile route starts at the old Morrison Heights Baptist Church on Morrison Drive and proceeds straight down Clinton Boulevard to College Street, running all the way to Mississippi College and Olde Towne.

“With the high volume of people who participate and watch, it’s probably the largest city event,” Mansell says.
Keep an eye out for the Clinton Community Nature Center’s float, “always over the top,” Mansell says, as well as the always favorite Mr. and Mrs. Santa Claus, hitching a ride in the Clinton Fire Department bucket truck and tossing candy to kids along the route.

Immediately after the parade, Mascagni Wealth Management in Olde Towne will host pictures with Santa at its life-size gingerbread house display at 205 East Main Street.
The parade registration deadline is November 26 through the Clinton Chamber of Commerce website, www.ClintonChamber.org, or call the office at 601-924-5912.