Now in its fourth year, the Yule Run Clinton trots out both in-person and virtual versions for 2021, for maximum participation and holiday fun. 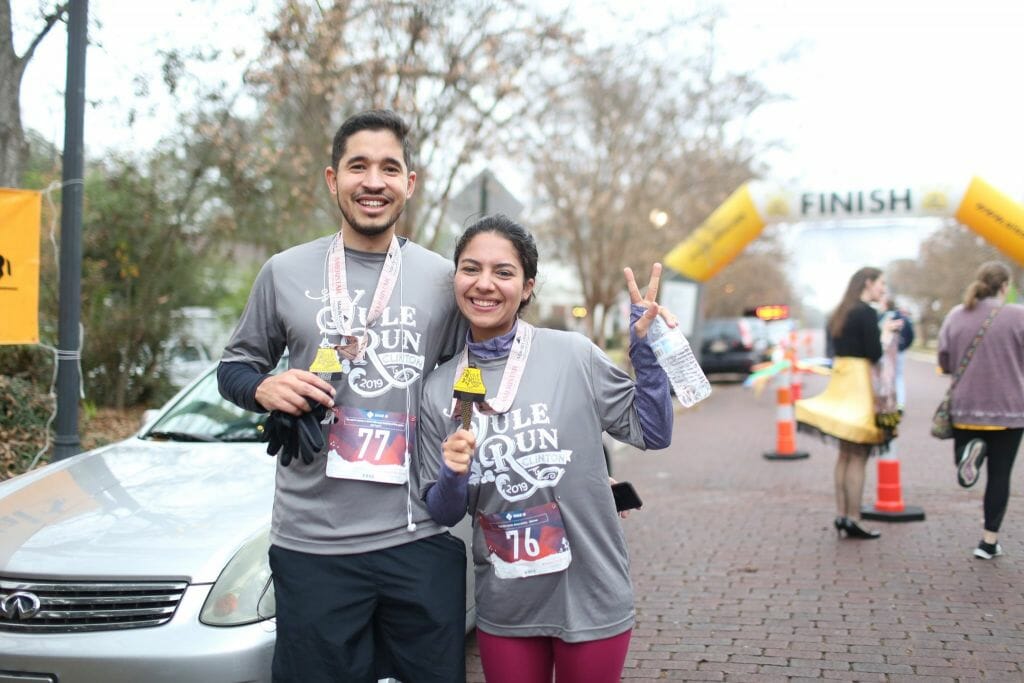 Yule Run Clinton, hosted by the Clinton Chamber of Commerce and presented by Continental Tire, is a combined 5K walk/run and 8K race through Clinton’s Olde Towne and Clinton Boulevard districts. Runners dash along the route on December 4 that, later that morning, will have spectators lining up to enjoy the Clinton Christmas Parade.
The Yule Run’s start is at 7:30 a.m. on December 4, with registration at 6:30 that morning. The city’s Christmas Parade starts at 10 a.m. The Yule Run’s theme, “Feel the Burn, Not the Frostbite!” plays off this year’s Christmas Parade theme, “Snow Much Fun.”

Last year’s success, with 243 participants in a Yule Run that had to be all-virtual because of the pandemic, convinced run organizers to keep that component, even as they returned to the companionable cheer of a group run.

The virtual run is also a handy option for those still hesitant to return to group activities and crowd settings.

“It was a concern early on, that not having an in-person race last year would hurt us,” says Nathan Cummins, race chairman. “But to be honest, we’re still in growth mode, and, as far as sponsorship and runners, it was just as good – if not better – last year.

There was concern that COVID and the virtual run would slow us down, but that doesn’t seem to be the case.”

At press time, seventy had signed up already for this year’s run — primarily local folks aiming to run in the live and in-person race – and that’s encouraging at this point.

“Races really pick up in the last two to three weeks,” Cummins says. “We’re hitting our stretch run now… I feel like we’re on target.”

Keeping the virtual component also builds on the relationship with presenting sponsor, Continental Tire.
“We had such a response from Continental and their international group, we just wanted to keep that going,” Cummins says.

“They’re a big running community,” and the company’s international presence opens up a big reach for the Clinton run.
The virtual run is a way, too, for Clintonians who’ve moved away to stay connected with their beloved hometown.
Exercising the spirit of the season is key.

“From the very beginning, our goal has been to have a real holiday or Christmas feel around that day in town,” says Cummins, with the run and the Christmas Parade both bringing a festive feel to town on the first Saturday in December. “Our vision even going forward is that we could even have more stuff that day,” for a full day of festivities in town.

A unique feature of the Yule Run Clinton is that everyone who completes the run receives a medal.
The in-person run is only on December. 4, but the window for the international virtual run extends from December 4 to January