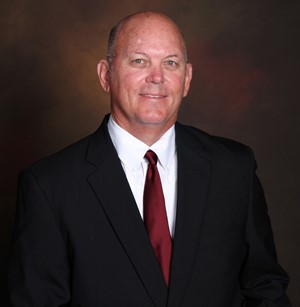 The National Junior College Athletic Association (NJCAA) recently announced its 2020 and 2021 inductees to the NJCAA Football Coaches Association Hall of Fame. Gene Murphy, the legendary Hinds Community College football coach and athletic director, was among the eight honorees.
Murphy spent thirty-eight years at Hinds as both a football coach and athletic director. He first joined the coaching staff in 1983 as a defensive coordinator before being promoted to head coach in 1987. He spent two different stints as head coach (1987-2003 and 2009-2017) while serving as the athletic director from 1997 to 2021. He spent thirty-two of his years at Hinds coaching with his wife Dot, who was the first female college football coach at any level.
Murphy had an illustrious career with the Eagles, tallying six state championships, six region Championships, and six region coach of the year awards. His teams also made eight NJCAA bowl games.
Development for the next level was key for Murphy, as he moved on hundreds of players onto to four-year colleges. One of those players was quarterback Brad Banks, who won a Big Ten Championship with Iowa and finished as the 2002 Heisman Trophy runner-up.
Murphy has also seen seventy-five former players play in the NFL, with nine featuring in Super Bowls. The most famous may be defensive back Malcolm Butler, who made the game-sealing interception for the New England Patriots in Super Bowl XLIX. The most recent former player to appear in the “big game” is defensive back Charvarius Ward, who has played in the last two Super Bowls with the Kansas City Chiefs.