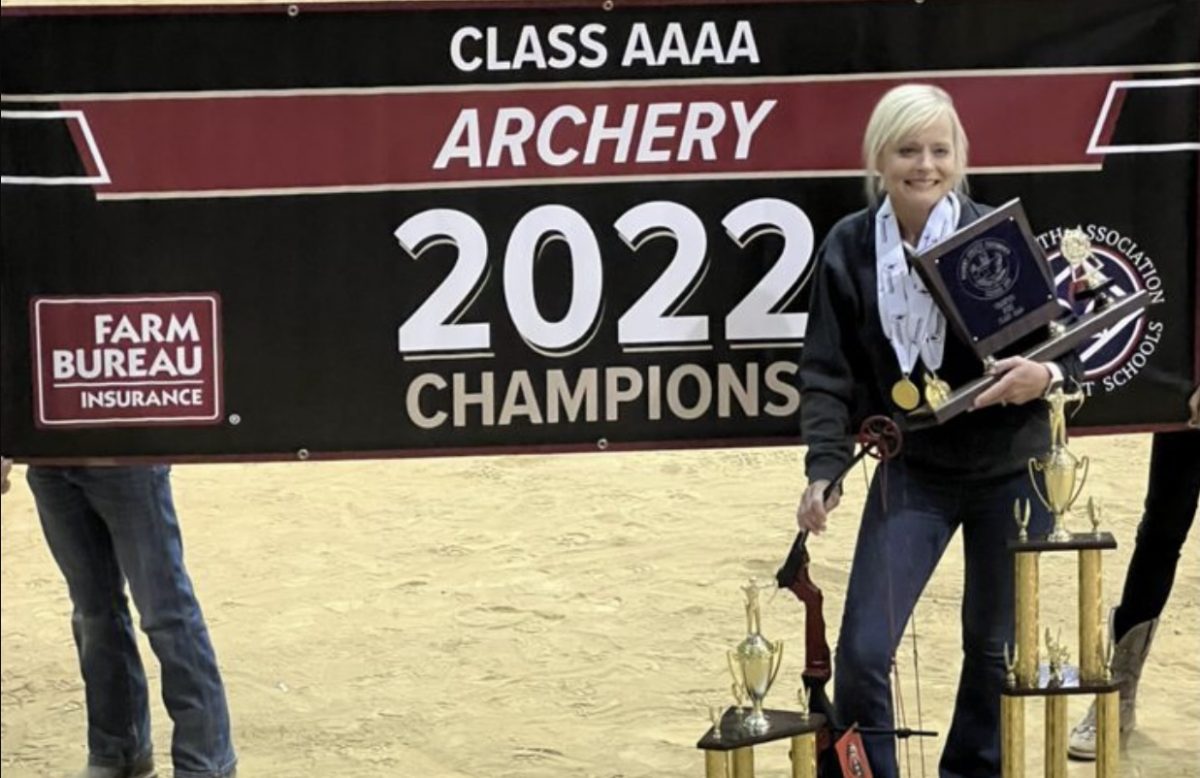 Clinton Christian Academy has a long athletic history of winning district and state championships in many sports, and the school’s athletes can now add archery to that list. CCA Head Archery Coach Page Pope and her assistants led the elementary, middle school and high school teams as they recently won the 2022 South State 4A Championship in Hattiesburg.

The CCA teams are comprised of sixty-two archers.

“The talent level within the program is high, and prospects for the future look bright, as the archery program looks to reload for next season,” Pope said. “I am very excited that we have such a strong lower school group coming up in the program. We had the top elementary shooter at State, Brennan Sherman, who is in the sixth grade. Jon Coner Prevost, another elementary shooter, came in fifth in the State Championship.”

“This archery team is made up of so much talent, from the lower grades to high school grades. I am very hopeful for our continued success with the CCA Archery program, and I commend all of these kids for all their hard work,” said Pope. “It paid off!”

Pope went on to say that the archery teams have been practicing at the YMCA in Clinton for last seven years. Now, with the completion of the school’s state of the art gymnasium and Performing Arts Center, the team will have the ability to practice in their own facility and host matches at home.

“We really appreciate the assistance provided by the YMCA. We could not have been as successful without their help,” said Pope. “Our assistant coaches are to be commended for all they have done this past year. As in most successful programs, it is a team effort to win State Championships and I am deeply appreciative of their hard work.”

Assistant coaches are Brian Hodgin, Tanner May and Lesley Cannada.