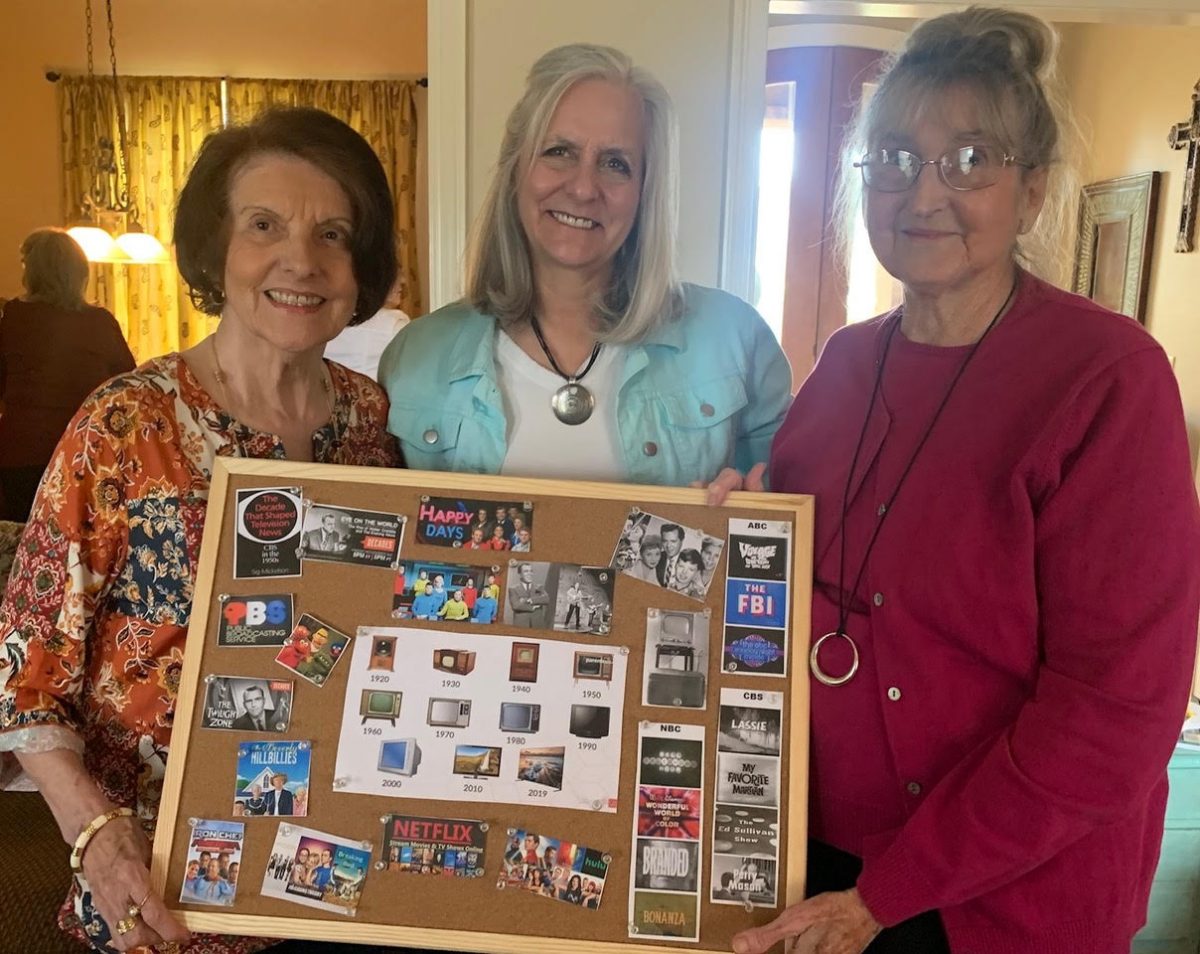 The Clinton Study Club’s focus on the country’s ever-changing culture continued at the October meeting, with the topic of how television became part of American family lives over the decades. Pictured (l to r) are hostesses Mary Ann Greene and Mary Ann Parke and presenter Carole Kelly, displaying a variety of TV memories, from the changes in television sets to a few of the many popular programs viewed during the years. Kelly, listing some of the most watched events, discussed highlights of television becoming a regular part of American homes through news coverage and entertainment, noting that American culture has been shared around the world through television.