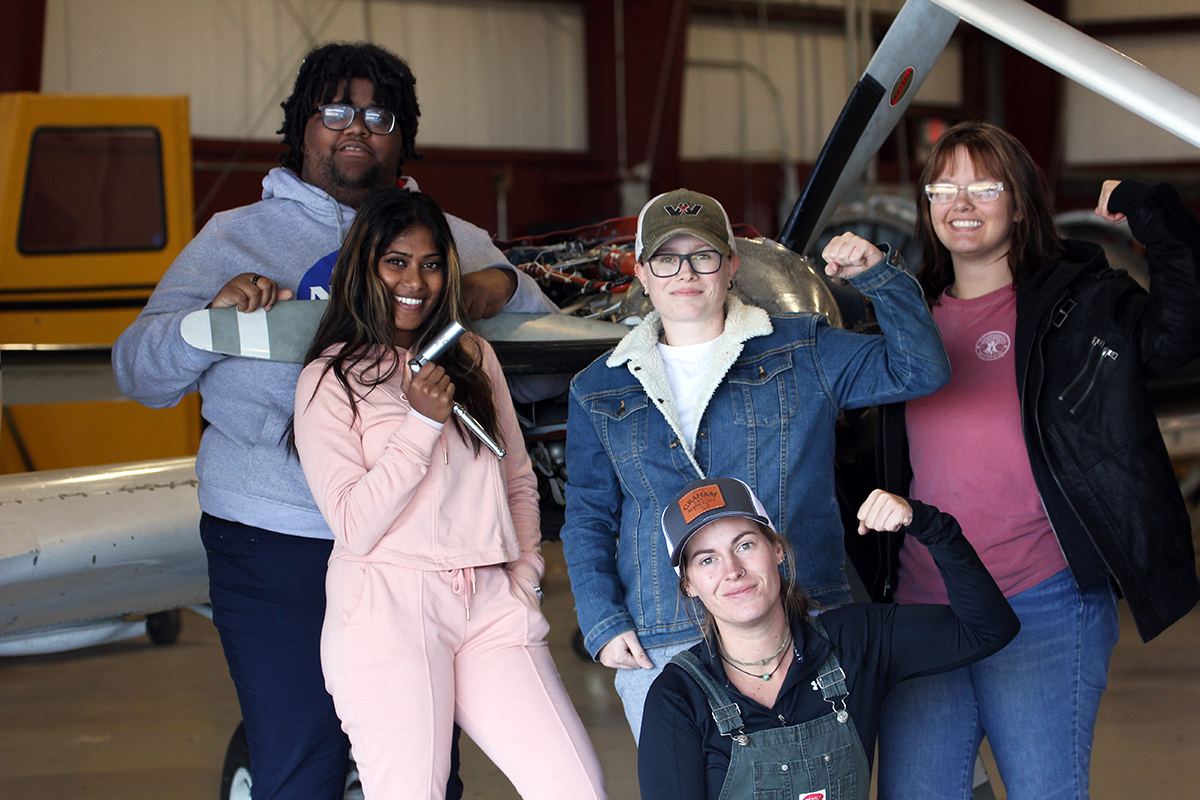 Hinds Community College’s Aviation Maintenance Technology (AMT) Program has more females enrolled and on track to graduate than it has in the last ten years.

Five women enrolled in the Hinds program are bucking stereotypes of what many consider the norms for women’s careers. Jazmyn Perritt of Clinton, Mckynzie Nutt of Florence, Nicole Barrett of Starkville, Joi’Dawn Smith of Jackson and Tiara Sankar of Trinidad are breaking glass ceilings in the aviation industry and at the college.

“We haven’t had a female graduate in this program for a very long time,” said Ward Marsh, curriculum coordinator and instructor. “I believe that if you have skills, it doesn’t matter what your gender is, and the opportunity for that in aviation is better now than it has ever been.”

“These five young ladies have the skill and the intellect to be great AMT mechanics. They’re not only going to be female graduates but also certified female aviation technicians,” he added.

Each year, the AMT program accepts a maximum of eighteen students. The program prepares students to inspect, repair, service and overhaul aircraft and engine components and systems. It is a four-semester instructional program designed to introduce students to the profession of aviation maintenance while exposing them to the theories of operation for the various aircraft systems. The program also prepares students for the Federal Aviation Administration (FAA) exams that are necessary to obtain an Airframe and Powerplant (A&P) rating as an Aircraft Maintenance Technician.

Upon completion of the program, students receive a Technical Certificate in Aviation Maintenance Technology or have the option of obtaining an Associate of Applied Science degree by completing a minimum of fifteen academic hours in addition to, or in conjunction with, the program.

Jazmyn Perritt, 17, said her initial day of class was intimidating, because she was one of only two females in the first year of the program. But, after a few days, she says those feelings began to dissipate.

“It’s just something so powerful about being one of only a few girls in a room full of guys,” she said.

“Before enrolling in this program, people told me not to pursue this and that I should just stick to teaching, because no one would hire a woman to do a job like this. But I chose to ignore them. When I set goals for myself, I don’t care what it takes to accomplish them,” she added.

For 19-year-old, second-year student Mckynzie Nutt of Florence, deciding to enroll in the program was a last-minute decision she made after graduating from high school.

“As a kid, I was always interested in airplanes. Four months before interviewing for the program, I didn’t know anything about it. I saw an ad for it on social media, and the rest is history.”

First-year student Joi’Dawn Smith, 21, was studying aerospace engineering at Mississippi State University but quickly became discouraged due to the math requirements. She decided to chart a different path at Hinds.

“The cost of tuition [at MSU] was ridiculously expensive,” Smith said. “After doing a little research, I learned about this program, and I realized that I enjoyed the mechanical side of aviation rather than the theoretical side of it.”

To learn more about the Aviation Maintenance Technology Program at Hinds, visit www.hindscc.edu. 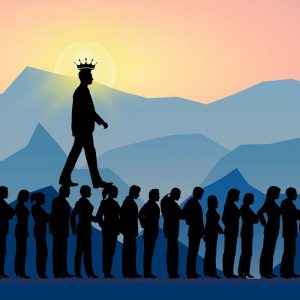