The Board of Alderman, as of July 2, has approved the establishment of a Communications Director position for the city of Clinton, which will report directly to Mayor Phil Fisher.
According to Mayor Fisher, the city has a need for improved and more concise communication with the Clinton community, a task the Board hopes to achieve by ﬁlling this newly-created position.
“This person will not be used as a political tool,” said Fisher. “We want to overrun Clinton citizens with communication, good or bad, so that everyone is well-informed.”
Fisher goes on to explain that some of the responsibilities of the new director will include attending all Clinton Chamber of Commerce, Main Street Clinton and Board of Alderman work sessions, and other city meetings. The director will also write all city messages and press releases, and will oversee the city’s web site content, among other duties.
“This is moving us in the right direction,” said Jehu Brabham, Alderman-at-Large. “We have a really diverse population and need to ﬁgure out the best ways to get messages across to all of them. This person will be a clearing house for Clinton; and, if you look at other successful key organizations, they all have a communications specialist.
A job description will be posted at City Hall in the near future, which interested applicants may reference for details. Salary and start date are yet to be determined.
Also on the July 2 agenda was the appointment of several new department heads.
Two appointments, including the position of chief of police and director of economic development, were made in response to the retirement of previous department heads. Mike Warren, who had been serving as interim chief of police since former chief Don Byington’s retirement, was appointed permanently to the position.
Curnis Upkins, a Clinton resident, is the newly appointed director of economic development, who replaces recently retired Jim Powell. Upkins works as Director of Business Development for the Hinds County Economic Development Authority. He will work with Clinton two days per week, and will also represent the city of Clinton in his travels. Hinds County will pay his salary and beneﬁts.
Upkins’ appointment, according to Mike Cashion, Alderman – Ward 6, will beneﬁt the city in speciﬁc ways.
“There is a misconception within our community that economic development is nothing more than going out and asking businesses to come to our city, and that couldn’t be further from the truth,” he said. “There is a lot of background work that has to go into the establishment of business in Clinton; lots of data gathering, lots of planning that’s required. Curnis Upkins brings that experience to the table. His work with the city ﬁlls the key, manpower stafﬁng position without having to commit any of the city’s resources, therefore, freeing resources that allow us to ﬁll other positions.”
A new position, city historian, will be ﬁlled by Dr. Walter Howell, former Clinton mayor who is currently working on a written account of Clinton’s history. The position will be a volunteer one.
“We need a one-source-tells-all his-tory of our city,” said Mayor Fisher. “More importantly, I think we need to preach our history so that everyone can understand it. What we’re doing today will be someone’s history tomorrow. Therefore it’s important that we have someone to put all this together, and hold seminars and classes on it so that we can all learn more about our community.”
Alderman Cashion hopes the history can be used for marketing purposes as well.
“I am hoping that, with the input of community members and Dr. Howell’s writing, we can create a tourism package that boasts our history and draws visitors, enhancing our ability to recruit restaurants and retail,” he said.
Current department heads were also reappointed during the meeting, including Russell Wall, city clerk; Bill Owen, city engineer; Mike Parker, director of public works; Roy Edwards, director of community development; Barry Burnside, ﬁre chief; Ray Holloway, director of parks and recreation; Ken Dreher, city attorney; Samuel Habeeb and Steven Nixon, city mu-nicipal judges; Steven Boon, city prosecutor; Graham Carner, city public defender; Tara Lytal, director of Main Street Clinton; and Marsha Barham, director of the Clinton Visitor Center.

Posted in Mentioning of Dr. Howell 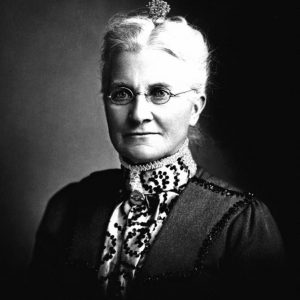