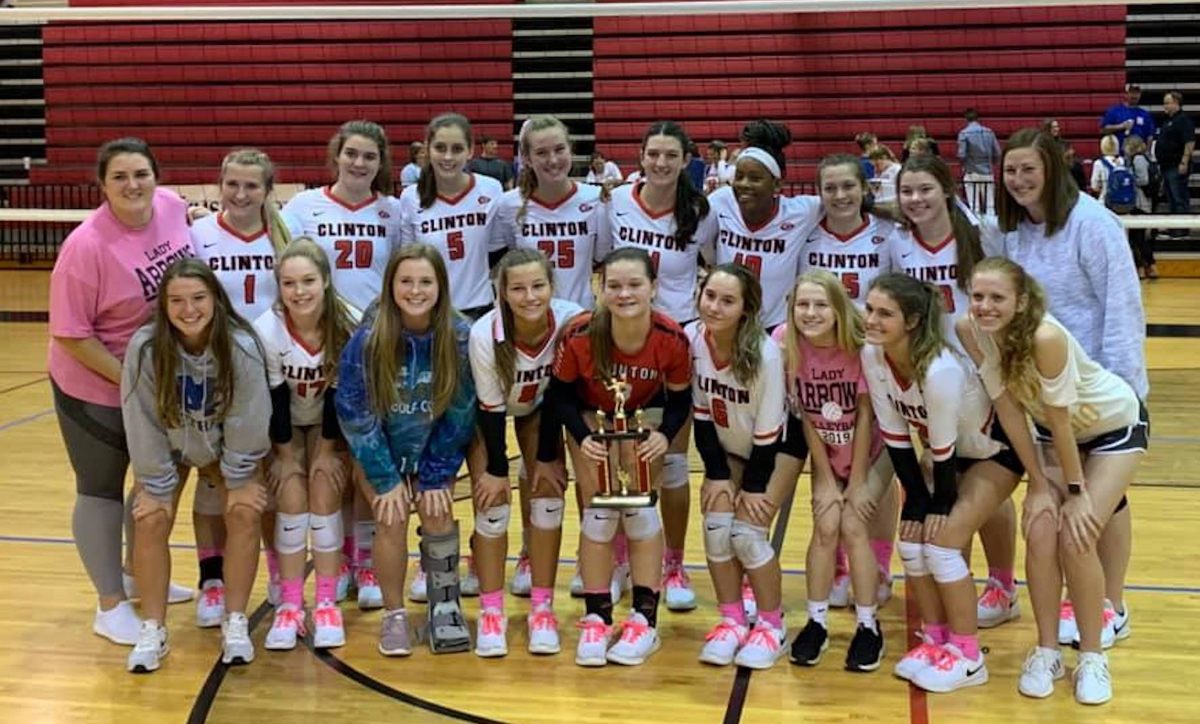 The Clinton Lady Arrows Volleyball team took to the 2019 season with something to prove: they are a real force to be reckoned with.

Under second year head coach Megan Brown, the Lady Arrows have put themselves in a position to be contenders in the post season starting October 17.

Coach Brown said this weekend’s performance raised the bar for the program’s future.

“This weekend was a huge milestone for our program,” Brown said. “Not only did we play five games without dropping a single set, but we won those games a team.”

Brown praised her team’s ability to fight back from 7-point deficits with confidence, remaining focused on the task at hand.

“I have young girls on the team,” Brown said, “so watching them gain the confidence that they needed to overcome the adversity they faced was a great way to head into playoffs.”

After opening the season with a second place finish in the Southern Classic Tournament hosted by Infinity Volleyball Academy, the Lady Arrows dominated August and September, dropping only one district match.

Narrowly missing out on the District title, Clinton will be on the road for the first round of playoffs against Starkville on October 17 at 6:00 P.M.

Clinton has two remaining matches in the regular season, hosting Brandon on October 8 and Madison St. Joe on October 15 in the CHS Gym.

Clinton will be on the road for the first round, and if victorious, will host the second round Oct. 22.