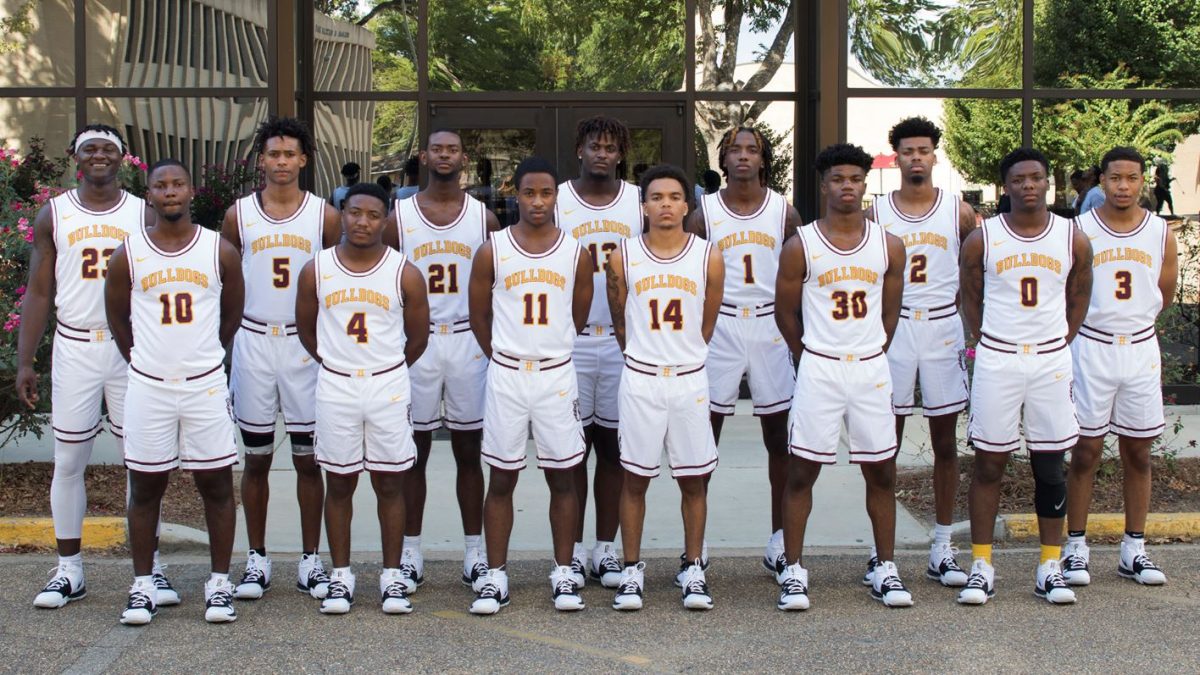 Hinds Community College men’s basketball finished the season 11-12 overall, tied for fifth place in the South Division of the Mississippi Association of Community and Junior Colleges (MACJC) with a 4-10 divisional record.

The Bulldogs finished just two games behind fourth place which would have earned them their first state playoff appearance since 2012. The Bulldogs played tough all season long with five of their 12 losses coming by six points or less.

Additionally, the Bulldogs earned victories over two playoff teams, including East Central Community College and Holmes Community College twice. One of those wins came when Holmes was ranked No. 12 in the National Junior College Athletic Association (NJCAA).

The Bulldogs finished with two more wins than the year before.

For the first time in the past three years under head coach Yusef Fitzgerald, the Hinds Bulldogs will have experience as multiple players will be returning for their second year in the program. The Bulldogs return four players who saw significant playing time, which includes two of their top scorers from last season. “We have a bunch of veteran guys who know what it takes to be successful in this league,” Fitzgerald said.

The Bulldogs have also added four sophomore transfers and five freshmen to their roster this season. “We brought in a great recruiting class, and we are looking forward to watching them compete on the court this season,” Fitzgerald said.

The Bulldogs are looking to earn a bid to playoffs for the first time since 2012. “This group wants to get the monkey off our back and give ourselves a chance by making the state tournament. Our expectation has and always will be to make the state and regional tournaments,” said Fitzgerald.

Dontrell McQuarter (Baton Rouge, LA) – McQuarter is a 6’7″ sophomore guard/forward who is returning following an outstanding freshman campaign where he averaged 15 points per game and 7.1 rebounds per game. He earned Second Team All-State Honors last season. In 23 games played, McQuarter scored double-digit points 18 times and collected four double-doubles. He also shot 53.4 percent from the field and 37.5 percent from beyond the three-point line. Additionally, McQuarter saw success in other facets of his game as he collected 50 assists, 22 steals and 18 blocks. “Dontrell is the ultimate leader on and off the floor. He is a game-changing, impact player who already holds multiple NCAA DI offers,” Fitzgerald said.

Peyton Taylor (Cleveland) – Taylor is a 6’4″ sophomore guard who also had a great freshman year as he averaged 11.3 points per game. Taylor scored double-digit points in 13 of his 23 games played and scored over 20 points in three games. Taylor connected on 45 three-pointers and shot 78.4 percent from the free throw line. “Peyton is a team first guy who can fill up the stat sheet. He currently holds multiple NCAA DI offers,” said Fitzgerald.

Eric Stimage (Utica) – Stimage is a 6’9″ sophomore forward who served as a role player behind two All-MACJC players last season. In limited playing time, he hauled in 2.3 rebounds per game and 3.2 points per game. Stimage shot 58% from the field and 75% from beyond the three-point line. “Eric is a terrific leader, coachable, and an overall great student-athlete,” said Fitzgerald.

Deonte Spencer (Jackson) – Spencer is a 6’7″ sophomore forward who scored 5.2 points per game last season while shooting 47 percent from the field and 40 percent from behind the arc. Spencer also collected 3.3 rebounds per game as a role player behind two All-MACJC players last season. “Deonte is a lights out shooter who plays hard on both ends of the court,” Fitzgerald said.

Jerrez Porter (Jackson) – Porter is a 6’8″ sophomore guard who transferred in from Pearl River Community College. Porter will add size and be able to stretch the floor for the Bulldogs this upcoming season. “Jerrez shoots the ball exceptionally well. He has a great feel for the game, is a vocal leader and can make plays to set up his teammates,” Fitzgerald said.

Dontavious Smith (Terry) – Smith is a 6’8″ sophomore forward who transferred in from East Central Community College. Smith provides depth to Bulldogs front court. “Dontavious is extremely versatile for his size. He plays with a high motor, handles the ball well, and is efficient around the rim,” said Fitzgerald.

Jones Burley (Pascagoula) – Burley is a 5’9″ sophomore guard who transferred in from Mississippi Delta Community College. Burley adds depth to the Bulldogs backcourt.

Ladarrius Marshall (Jackson) USM – Marshall is a 6’6″ sophomore forward who transferred in from the University of Southern Mississippi. He was a three-star high school recruit and a top-five prospect for the 2018 class in the state of Mississippi. “Ladarrius has supreme athleticism and a high motor. He has the ability to rebound, block shots, and finish around the rim at a high level,” said Fitzgerald.

Stephon Thomas (Jackson) – Thomas is a 6’1″ freshman combo guard from the Jackson area. “Thomas has had a great preseason and we will be looking for him to be a major contributor this season,” said Fitzgerald.

Jordan Johnson (Memphis, TN) – Johnson is a 6’0″ freshman guard who spent last season playing at Tennessee Prep Academy. Johnson comes from a great basketball family as his father played at the University of Memphis. Johnson also played high level AAU basketball as he played for Team Penny and Team Thad. “Jordan has a high basketball IQ and is a deadeye shooter. We look for him to make a significant impact on our team as a freshman,” said Fitzgerald.

Kejuan Clements (Chicago, Ill.) – Clements is a 6’0″ freshman guard who was a three-star recruit from the prestigious Simeon Academy (Chicago, Il.) that has produced NBA stars such as Derrick Rose and Jabari Parker. Clements was a Mr. Basketball finalist in the state of Illinois and won three city championships at Simeon. “Clements was one of the most heralded recruits in the country and he chose to come to Hinds. I think that says a lot about our program. He has a tremendous basketball IQ. He can shoot, handle the ball, and finish well at the basket,” Fitzgerald said.
Terry Tate (Starkville) – Tate is a 5’9″ freshman guard from Starkville. “We look for Tate to be a contributor for us this season and add great depth at the guard position,” said Fitzgerald.

Christopher Owens (Olive Branch) – Owen is a 5’11” freshman guard from Olive Branch. “Christopher is one of the best, if not the best, shooter in the state. We look for him make a tremendous impact for us this year and continue his lights out shooting,” Fitzgerald said.

The Bulldogs will open up the 2019-2020 regular season on the road as they will travel to Fort Meyers, Fla., to play two extremely competitive teams in Eastern Florida State College and Broward College.

The Bulldogs first home game in Utica, on their newly renovated court, will be on January 6, 2020 at 5:30 p.m. against Louisiana Christian Prep. 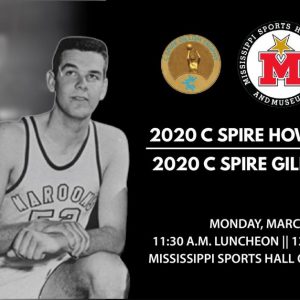 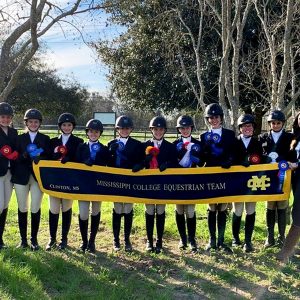 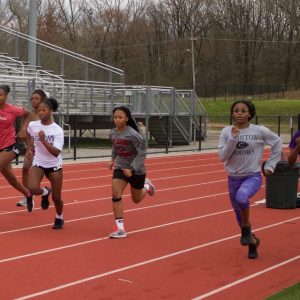 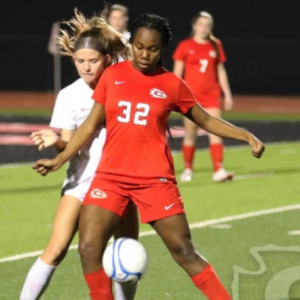 Lady Arrows to Play in 6A Soccer Championship