It’s no secret that “The Daily Show” — and its host Trevor Noah — has never been a fan of our nation’s current president. While the show has typically thrown shade through its sarcastic dialogue and punchy humor, the newest jab at the president is a little more hands-on.

When President Donald Trump announced that he would be moving his primary residence to his Mar-A-Lago resort in Florida from New York, the show wasted no time declaring his new title: Florida Man. And now you can replace headlines containing Trump’s name with “Florida Man.”

About 72% of businesses agree that improving customer experience is their top priority and <em>The Daily Show’s</em> tech team isn’t here to disappoint. They’re changing how we consume news media, with a tongue-in-cheek-twist. Unless you’ve been living under a rock for the last decade, you’ve undoubtedly heard jokes about “Florida Man.” This caricature of wild Floridian antics developed into a meme when crazy headlines starting with “Florida Man…” raged across the internet.

According to KnowYourMeme.com, the site explains that the headlines are meant to be read as though “they were perpetrated by a single individual dubbed ‘the world’s worst superhero.'” They typically detail outrageous scenarios like “Florida Man Arrested for Giving People Wedgies” or “Florida Man Threatens to Attack Neighbor with Tractor.”

With 9 out of ten American adults being avid internet users, there’s plenty of audience for creative comedy that uses diverse technical mediums. Naturally, Trevor Noah announced this new Google Chrome extension at the end of a “The Daily Show” episode on Nov. 4. By visiting maketrumpfloridaman.com, Chrome users can read news headlines and stories about the President with Florida Man in place of Trump’s name. Luckily, there are over 6,000 hospitals throughout the country equipped to treat this sick burn.

According to Slate, the decision, in part, came from Trump’s motivation to move to the sunshine state: taxes. In the president’s goodbye tweet, he claims that few taxpayers were treated as badly as he did as a New York State resident. Trump’s absurd headlines are just the cherry on top of a perfect new meme starring the president.

Just consider Trump’s past headlines. Now, instead of reading the outrageous scandals perpetrated by the president, we can read titles like “Florida Man to Reporter: I’m a Stable Genius.” The extension is so fleshed out that even Trump’s name is changed on Twitter and the official government website, now reading: “Florida Man is the 45th President of the United States.” If you want this fun extension to work on your phone, where up to 50% of online searches start, all you need to do is sync the Chrome app to your Gmail account.

“We’ve been working on a browser extension that takes Trump’s name in the headlines and replaces it with Florida man,” Trevor Noah explained. “So, now a Florida man suggested nuking hurricanes. And a Florida man wants to date his daughter.”

It even works for his son, Donald Trump Jr. Now, headlines and articles featuring the POTUS’ son read as Florida Man Jr., stirring up even more laughs among chrome users.

While this isn’t the first extension designed to make fun of the president, it is certainly the most well-known. Another browser extension called Make America Kittens Again replaces all images of President Trump with pictures of cute kittens.

How to Assert Your Legal Rights in 2020

5 Top Tips for Starting a Business at Home 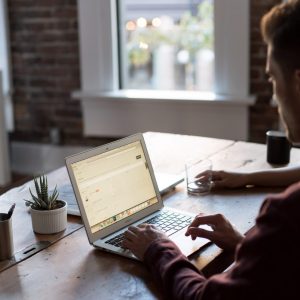