JACKSON, Miss., (February 13, 2030) – Former high school, college and professional basketball coach Van Chancellor has agreed to be the featured speaker at the annual C Spire Gillom and C Spire Howell Trophy banquet to be held at the Mississippi Sports Hall of Fame and Museum on Monday, March 9th.  Part of the C Spire Most Outstanding Player awards, the Peggie Gillom Trophy is presented to the top female college basketball player in the state, while the Bailey Howell Trophy goes to the top male college player each year.

He received his Master’s degree at Ole Miss and coached the women’s team there for 19 years.  During that time his team’s compiled a 439-154 record and appeared in the NCAA tournament 14 times.  From 1982 thru 1992 his Lady Rebels appeared in the tournament 11 consecutive seasons. Three times he was voted SEC Coach of the Year and in 1992 he was named National Women’s Coach of the Year.

The WNBA hired him away from Ole Miss and for 10 years he coached the Houston Comets.  Three times he was chosen WNBA Coach of the Year and he led the team to the first four league championships.  The Comets made the playoffs each of the first seven seasons of the league.

He returned from the pros to the collegiate game in 2007 and coached his final four seasons at LSU before retiring.  Currently he resides in Katy, Texas.

Proceeds from the C Spire Gillom and C Spire Howell banquet benefit the Mississippi Sports Hall of Fame.  Tickets are on sale now online at www.msfame.com or at the museum office, 1152 Lakeland Drive in Jackson.  Finalists for the awards will be announced on March 2nd and C Spire will sponsor a Fan Vote to aide in the selection beginning that day. 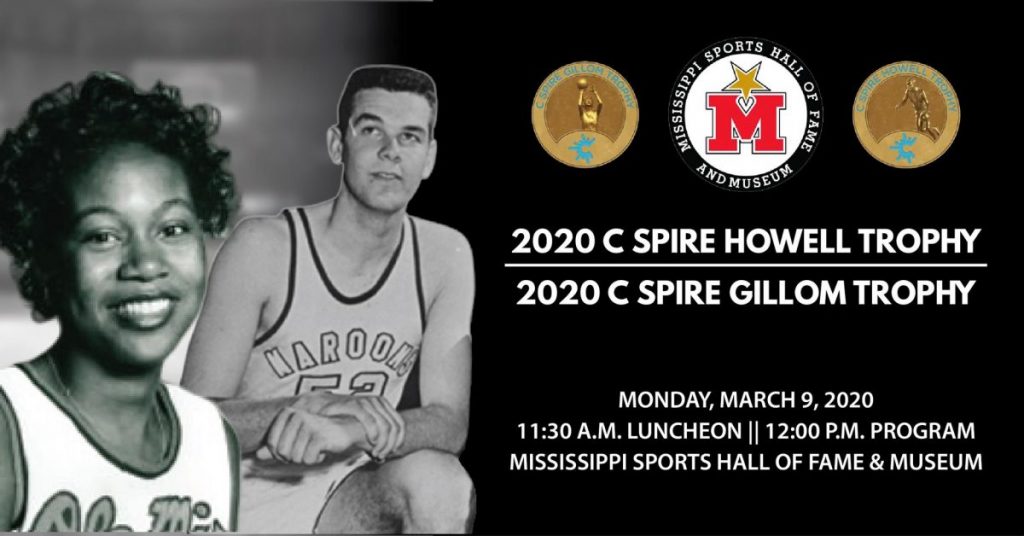