The Eagles and Lady Eagles were able to complete their indoor season, prior to the abrupt halt in college athletics due to the COVID-19 pandemic.

Additionally, Kurt Powdar was tabbed as the NJCAA Indoor Track and Field (ITF) National Athlete of the Week for his performance on February 2nd at the Jaguar Indoor Invitational. Powdar won the Men’s Finals in 60 Meter Hurdles with a time of 7.84. However, his time of 7.76, which he ran in the prelim race, earned him the top spot in the NJCAA and makes him the No. 5 hurdler in NJCAA history. Powdar’s 7.76 is also the fastest time in the men’s 60 meter hurdles since 2015.

Below are the recaps of each event, which Hinds competed in during the 2020 season.

Hinds experienced their usual success as both the men’s and women’s teams finished ranked No. 11 in the nation.

Individually, Hinds’ sophomore high jumper, Corvell Todd, brought home his third NJCAA National Championship title as he placed first in the finals of the men’s high jump after a tough duel with the South Plains jumper who went six rounds with Todd until, finally, Corvell was the last to make the 7′-.05″ (2.15m) height. Todd previously won the National Championships in both the indoor and outdoor high jump last season.

Samford Indoor Invitational (February 14)
The Hinds Track and Field program impressed at the Samford Invitational as they brought home five, first-place finishes.
On the women’s side, Breanna Brown-Marshall finished first in the Women’s High Jump Final with a jump of 1.74m. That jump also makes her the No. 1 ranked NJCAA High Jumper.

On the men’s side, Corvell Todd finished first in the High Jump Finals with a jump of 2.14m. That jump also makes him the No. 1 ranked NJCAA High Jumper.

Kurt Powdar continued his hot start to his freshman campaign as he brought home another first place finish in the Men’s 60 Meter Hurdles Finals. Powdar won with a time of 7.84. He now ranks first in the NJCAA in the men’s 60 meter hurdles.

The Hinds men’s and women’s track and field teams opened up their seasons at the KMS Indoor Invitational.

Freshman Kurt Powdar (Chesapeake, VA) made an impressive debut as he finished in first place in the finals of the men’s 60 Meter Hurdles.

Sophomore Al-Tariq Dunson finished in fourth place in the finals of the men’s 60 Meter Hurdles.

Kacey Pratt (Durham, NC) came in fourth place in the finals of the men’s 400 Meter Dash.

Sophia Myers came in second place in the finals of the women’s 60 Meter Hurdles.

Ockera Myrie came in sixth place in the finals of the women’s 60 Meter Dash. 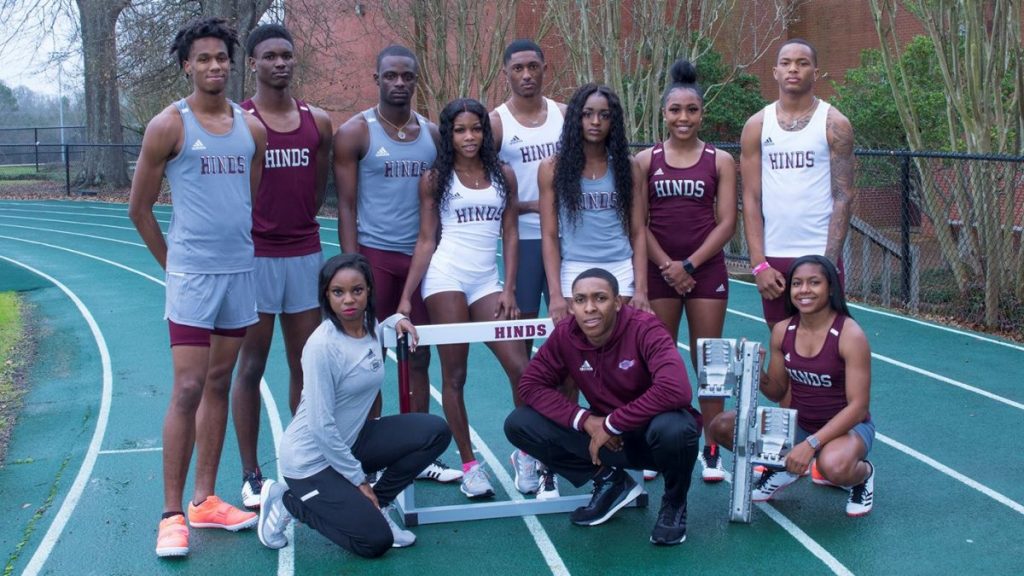