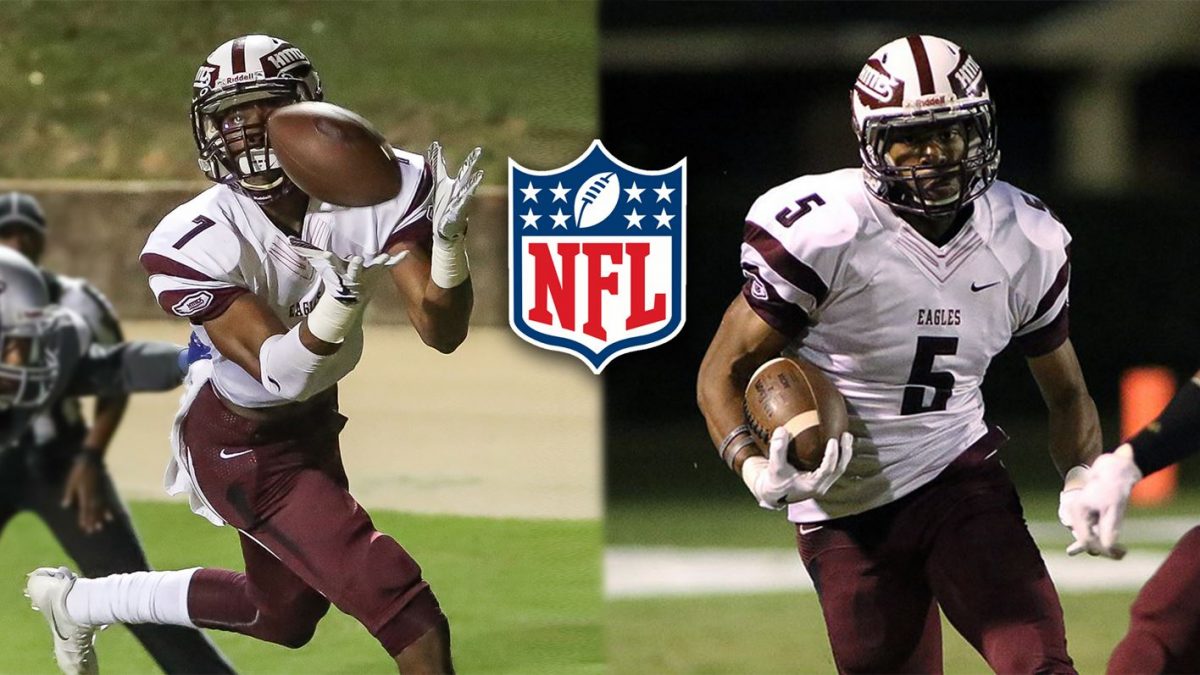 Guidry and Harris hopes to join the likes of super bowl champions Malcolm Butler and Charvarius Ward, who were former Hinds Eagles that have had outstanding NFL careers as non-drafted free agents.

Stephen Guidry attended Hinds for two seasons (2016, 2017) and was rated as high at the No. 1 junior college wide receiver in America. In 2016, Guidry led Hinds with 30 receptions for 547 yards and five touchdowns. In 2017, Guidry tallied 22 receptions for 335 yards and four touchdowns.

Following his time at Hinds, Guidry moved on to Mississippi State University (MSU) where he started two seasons for the Bulldogs at wide receiver. In his two years at MSU, Guidry played in 25 games and recorded 49 receptions, 827 receiving yards, and eight touchdowns.

Harris has spent the last two seasons (2018 & 2019) as a versatile play-maker for the University of Southern Mississippi (USM) Golden Eagles football team. He served both at running back and slot receiver where he tallied 1,208 total yards from scrimmage (621 rushing and 587 receiving) and scored 10 touchdowns (five rushing and five receiving). Harris also returned 23 kickoffs for 594 yards and one touchdown.

Prior to USM, Harris was a superstar on and off the field for both the Hinds football and track and field programs.
In his two seasons (2016 & 2017) with the Hinds football team, Harris started all 18 games and served in multiple roles such as a running back, wide receiver, kick returner, and punt returner. He finished his Hinds football career with 1,814 all-purpose yards and three touchdowns.

He was also named the 2018 Hinds Eagle Award Winner, which is given to the person who most embodies what it means to be a Hinds student-athlete.