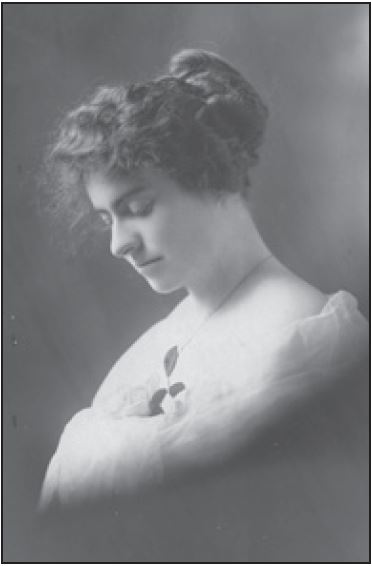 It was no surprise to the public when Will Sorsby was convicted by a Hinds County jury of murdering Charles Fitzgerald in 1910. Sorsby’s lawyers tried and failed to convince the jury that their cli-ent was insane. The Jackson Daily News reported: “It was largely due to sympathy felt by members of the jury for Sorsby’s wife that he re-ceived a life sentence instead of the death penalty.”
Reporters gave a lot of attention to Margaret Sorsby during the trial.
“She was in constant attendance at the trial, remaining by his side during the long and tedious hearing of testimony; and her fresh, girlish beauty and soft luminous brown eyes, often suffused with tears, wielded a potent influence with the twelve men who sat in the jury box. According to their own statements, they were prevented from returning a verdict without recommendation only through a feeling of sympathy for the girl-wife who was fighting so heroically for her husband’s life.”
Sorsby remained in the coun-ty jail during his appeal. His wife and mother were almost daily visi-tors, remaining with the prisoner as long as allowed. They brought his favorite foods and reading material during the ten-month ap-peal process.  The Supreme Court affirmed his conviction in Decem-ber 1910, and Sorsby was moved to the state prison farm in Rankin County.
The state’s policy for vis-itation at the state farm was twice a year. Margaret made personal appeal to the prison trust-ees that she, as a convict’s wife, should be allowed to visit once each month. They approved her request.
In 1911, two things happened that changed the course of Margaret’s life. Her mother died, and Will tried to escape from the state farm. He had outside help and con-spired with two trustees who were to look the other way and allow him to escape to a wait-ing automo-bile.  Guards learned of the plot from one of the trust-ees, and Sors-by was placed under stron-ger surveil-lance and lost his visitation privileges.
After her mother’s death, Margaret was invited by her uncle Charles Clark to move to Carmel by the Sea in California. He offered her and her brother John a home and promised to give John a start in the business world. Mar-garet accepted his offer and filed for divorce. She was in California when her divorce was finalized in 1912.
Margaret took back her maiden name and started nursing school. She received a letter from Sorsby in 1912 and did not answer. Her ex-husband represented the past, and she was looking to the future.
Sorsby wrote Margaret again in 1914 after learning of her new ad-dress. He asked for forgiveness, but admitted: “I think you would be happy if you forget me.”
Sorsby ended with a plea: “Life, as we have lived it, has taught us les-sons that were not to be learned…but thank God I have never learned to forget you. My love for you now is as it was always – Margaret, Margaret.”
When her grandchildren found the Sorsby letters to their grand-mother, they learned for the first time that she had been married be-fore coming to California. They did not know that her first husband had been convicted of murder and im-prisoned for life.

EDITOR’S NOTE: This is the third of a series of several articles by Dr. Howell about the Sorsby and Cabaniss families. 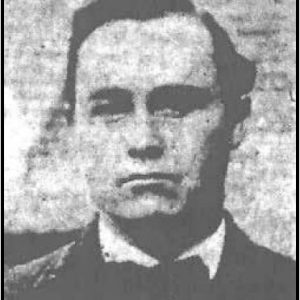