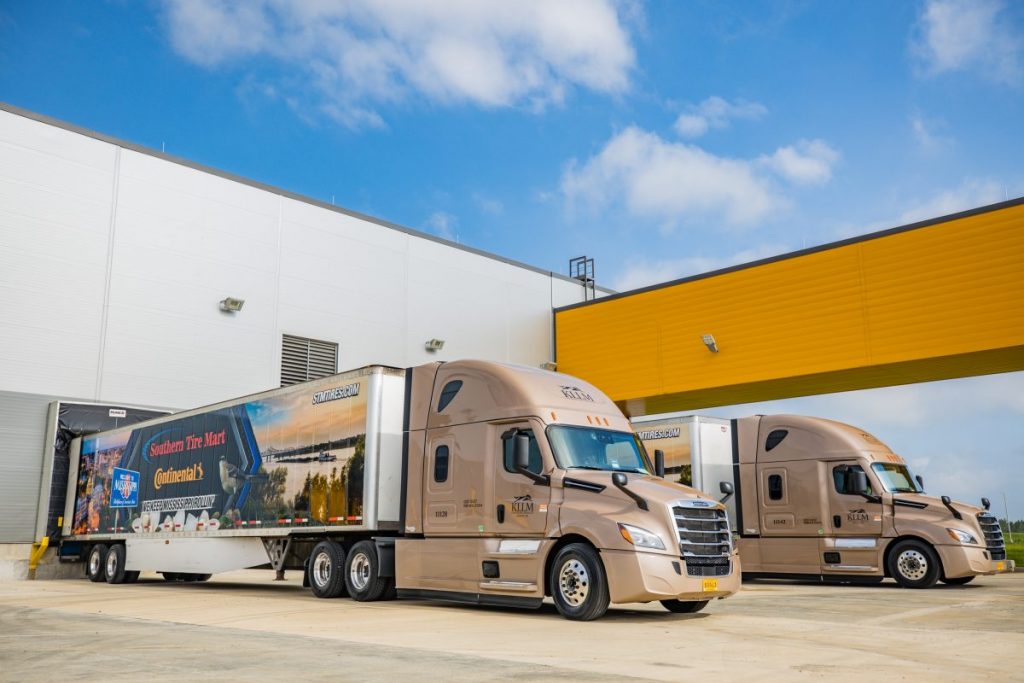 Tires produced at Clinton’s Continental Plant will ride in style to Southern Tire Mart locations throughout the state of Mississippi.

Mississippi travelers may have already seen the eye-catching 18-wheeler cruising along the interstates and highways of the Magnolia State. What they may not know is that the specially designed commemorative hauler is carrying the first shipments from Continental Tire in Clinton to Southern Tire Mart  locations throughout the state. Continental ensured that Southern Tire Mart received the first shipment of  tires from the new plant, in order to honor and celebrate the long-standing partnership between the two tire giants, as well as their commitment to the state of Mississippi to provide good jobs to Mississippians and  stimulate economic development in the region.

Southern Tire Mart, whose corporate headquarters is located in Columbia, Miss., employs more than 1,000  people throughout the state of Mississippi. Brothers Jim and Thomas Duff have owned Southern Tire Mart  since 2003 when they bought the tire retreading company from Bandag. Today, Southern Tire Mart is the largest independent tire dealer in the United States with revenues of $1.7 billion and over 140 commercial and  retail service locations in 15 states across America.

“The relationship we enjoy with Continental is something we are so proud of and we are excited to be a part of  this new venture that has created and will continue to create jobs for Mississippians for years to come,” Jim Duff said.

Tom Fanning, Continental’s vice president of sales and marketing for commercial truck tires in North America,  echoed Duff’s words. “Continental was pleased to deliver our first tire shipment from the Clinton plant to  Southern Tire Mart, a great Mississippi company and long-standing partner,” Fanning said. “Together, we are  delivering much more than tires. We are delivering jobs and investment to support Clinton and Hinds County,  benefiting the entire state of Mississippi along with local businesses like Southern Tire Mart.” 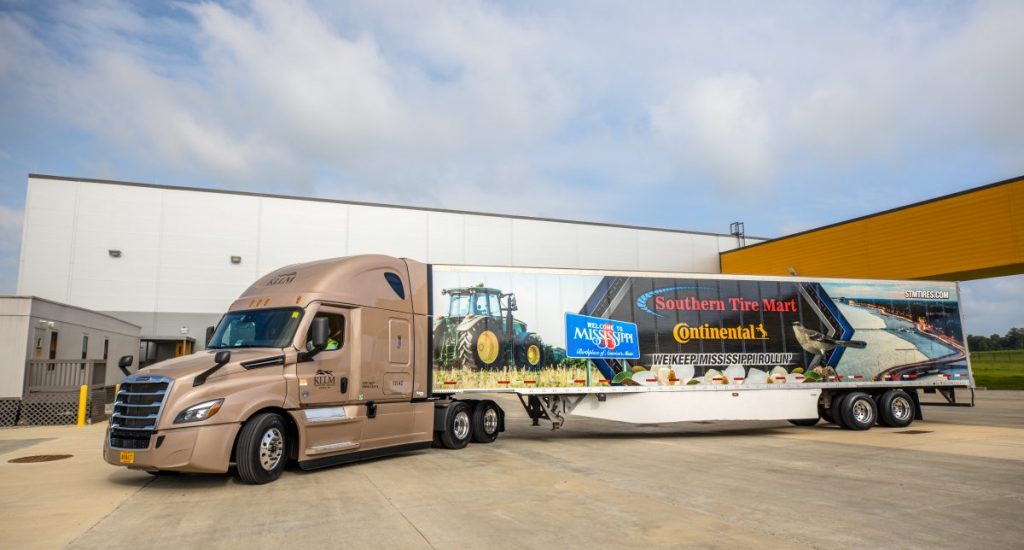 Southern Tire Mart and Continental had two special truck wraps created to commemorate the tire companies’ support of the state of Mississippi.

The Clinton plant currently employs approximately 430 employees and produces large truck and bus tires for  the United States. Southern Tire Mart services more commercial fleets than any other tire dealer in North  America and will be able to serve even more fleets because of the accessibility of Continental’s inventory and distribution model.

“This is another great milestone for the Continental plant in Mississippi. Our goal is to be a reliable partner and  supplier. By living our core values ‘passion to win’ and ‘for one another,’ we can achieve both,” said Michael  Egner, Clinton plant manager.

Both companies are optimistic about the direction of the Mississippi economy even amid recovery concerns as  a result of COVID-19.

“Americans and Mississippians, in particular, are resilient and hard-working and that’s why we continue to  invest in the people of this state,” added Thomas Duff. “This new partnership with Continental ensures that  the success and prosperity of what we are doing will enhance the lives of everyone involved in producing,  transporting, selling and buying tires.”

“Continental may be one of the largest tire and automotive suppliers worldwide, but we take an ‘in the  market, for the market’ approach to sales and manufacturing,” said Fanning. “We are excited to continue  moving forward, creating 500 jobs by the end of this year. We rely on our partners like Southern Tire Mart to  deliver the Continental promise to fleet customers, helping them achieve their Lowest Overall Driving Cost in  Mississippi and across the nation.”