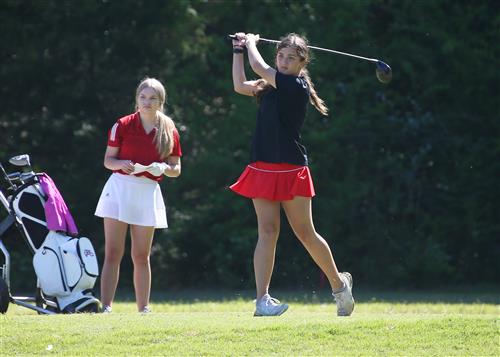 Here is the list of CCA’s South 3A Champions:

The girls’ track and field team finished in sixth in the South 3A meet, while the boys racked up a second-place finish.

The Warriors finished in third place in the AIMS MAIS 3A State Championship. Sadie Strickland was the team’s top scorer with 283 points. Alden Stephens followed with 268, and Blair Breland added a score of 267.

The Warriors’ season ended after falling to Wayne Academy in their MAIS 3A First Round Playoff game.

Here is a list of the Arrows’ 6A North State Champions:

The girls defeated second-place Tupelo by 109 points, while the boys defeated Oxford by 71 points. Both teams will be in action at the MHSAA Class 6A State Championship Meet on Saturday.

The Arrows finished in 15th place in the AIMS MHSAA Class 3 State Championships. They were led by top scorer Jackson Powell who had 286 points. Ashley Archambault followed with 274 points, and Parker Cronin added 271 points.

The Arrows dropped a road game against Germantown 11-3. Tyler Janos hit a two-run double, and Jack Collins went two-for-three with another RBI.

The Arrows will be in action tonight for Senior Night against Meridian before facing Desoto Central in the first round of the 6A Playoffs.

The Lady Arrows dropped their 6A First Round Playoff Series to Lewisburg 2-0. They ended the season with an 11-10-1 record.