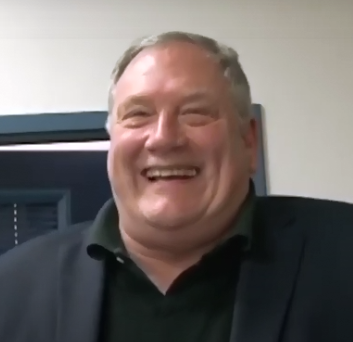 Matt Wiggins, a former Clinton resident, owns multiple properties in the Olde Towne Clinton area as an absentee owner. The City of Clinton argued that Wiggins failed to maintain two of his properties, 110 and 112 Leake Street, that Wiggins was demolishing the buildings by his own neglect and also failed to make required repairs to his property in keeping with the City’s Historic Preservation Ordinance. On August 13, 2020, the City of Clinton won a significant victory in the revitalization and preservation of historic Olde Towne Clinton.

Kemah’s political kingmaker has been booked into the Galveston County Jail on the felony charge of abusing his role as President of the Galveston County Water Control and Improvement District No. 12 (WCID No. 12). Matt Wiggins was arrested Thursday morning on the charge of Abuse of Official Capacity – a state jail felony – after an indictment was handed down by a Galveston County grand jury earlier this week.

The charge stems from the use of WCID No. 12 customer money to send out political attack letters in the monthly water bills of more than 2,000 customers. The investigation that resulted in the arrest of Wiggins began with a criminal complaint filed by Dolcefino Consulting in March of 2020.

“We applaud the Galveston County District Attorney Jack Roady, the DA’s Public Integrity Unit and the Texas Rangers for bringing this misuse of public funds to the grand jury,” says Wayne Dolcefino, President of Dolcefino Consulting. “Wiggins should resign immediately as President of WCID No. 12, and the Kemah City Council members who just voted to put him on the powerful Kemah Community Development Corporation board knowing that he was under investigation, should resign too.”

This is not the first time that Wiggins has been investigated criminally. During his time as the Mayor of Kemah, Wiggins was accused of taking advantage of hurricane victims to add to his real estate empire.

In the current case, Wiggins’ bond is set at $5,000. There has been no comment yet from Kemah City Hall.

“This indictment must end Mr. Wiggins’ control over the town of Kemah. The residents rejected him at the ballot box yet Councilmembers Isaac Saldana, Doug Meisinger, and Teresa Vasquez-Evans have engineered what amounts to a coup d’état since the election in what is clearly an attempt Wiggins more power,” says Dolcefino.