The coolest things on wheels are gearing up for the return of the Cruzin’ Clinton Car Show in mid-September, one of the area’s premier car shows and a great chance to see some of the car stars from yesteryear and today.

September 18 will mark the 8th Cruzin’ Clinton (last year’s was canceled because of COVID-19), and organizers are expecting sixty-five to eighty entries in the fun event that promises eye-catching vehicles to delight both young and old.

“It appeals to people interested in cars, and it’s not just vintage, classic or antique cars,” says Olde Towne Depot Director Anna Boyd Hawks. “We had somebody come with a Batmobile car a couple of years ago.”

Entries aren’t limited to cars, but extend, too, to trucks, motorcycles and more. Past participants have included everyone from car club enthusiasts who are nuts about a particular model, to someone who just wants to show a special 2013 Mustang. The appeal stretches to anybody who wants to see a shiny variety of vehicles.

“Kids love seeing the antique cars. And old guys that remember riding around in some of those cars really enjoy it,” Hawks says. “For people interested in how cars work, many like to look under the hood and see what they’ve got going on there.”

From head-turning nostalgia, to deep-dive engine curiosity, Cruzin’ Clinton has folks covered with automobiles that will set the mind to racing.

Pre-registration is recommended for participants, and open now for Cruzin’ Clinton, with a $20 fee for each automobile registered to show. Visit mainstreetclintonms.com for details of online registration, and follow Cruzin’ Clinton Car Show’s Facebook page for updates. Same day registration the morning of the event is $25 per entry.

Check in will be between 8 and 9 a.m. on Saturday, September 18, at the Clinton Plaza parking lot, 200 Clinton Boulevard. The car parade will roll at 9 a.m. from the parking lot, with the parade weaving through town with waves and honks as bystanders turn out to greet and gawk. Cars will then park and remain on display in Olde Towne from 10 a.m. to 2 p.m. Awards typically begin at 1 p.m. In 2019, the event awarded more than thirty plaques and trophies.

Cruzin’ Clinton is one of Clinton’s bigger events, with a draw that pulls in participants from Louisiana, even.

“There’s a whole world within this world of cars,” says Clinton Mayor Phil Fisher. People who show their cars regularly put a lot of time, money and effort into the process, to keep their vehicles in great shape for judging and awards. “It’s its own culture, and people have a lot of fun with it.”

“It’s an excellent opportunity for those in town, and those who are genuinely interested, to come and look at automobiles,” Fisher says of the display that typically offers everything from delivery trucks, Jeeps and military vehicles, to cars from the ‘40s, ‘50s, ‘60s and ‘70s.

“We’ve had a car here from the ‘20s, even. We get unusual cars that people have built themselves,” he says, as well as some from yesteryear with intriguing features. He recalls an entry one year that showed an early air-conditioning system, where the unit held ice that would cool the hot air that blew across it. “I hope they come back again.”

“You see the innovations of the cars, and how far we’ve come forward.” Another past entry played on gangster themes. “We had a guy one year who drove around in a car that was the same year as Al Capone’s car, and when you looked in the front seat, there was a Tommy Gun with a little hat that played along with that image.” 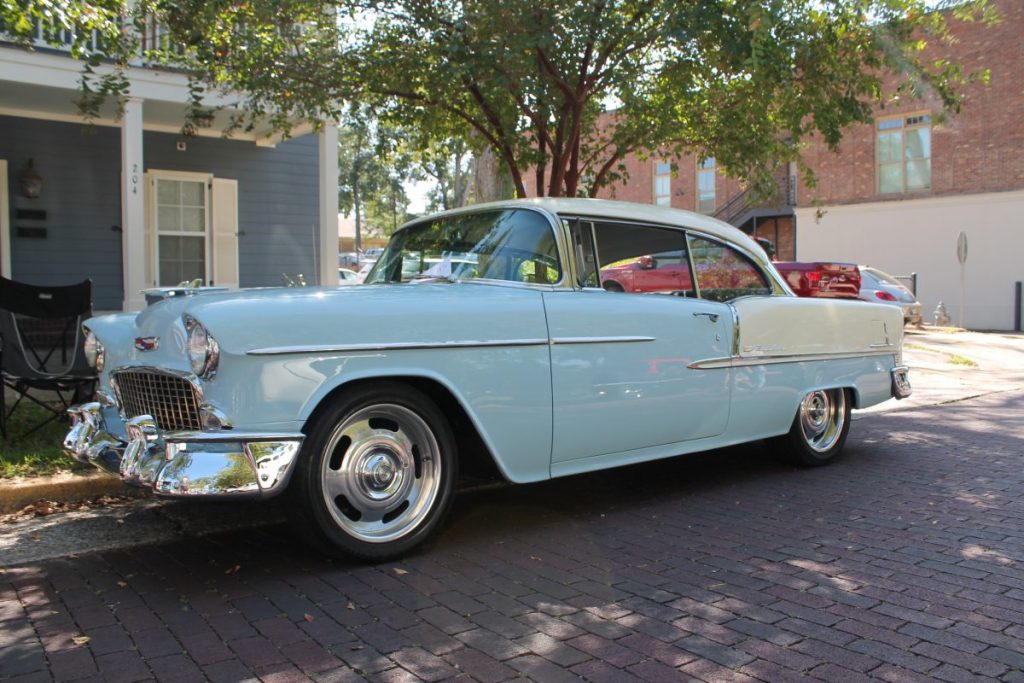 Clintonians are encouraged to cruise downtown for a close-up look during Cruzin’ Clinton, chat up the owners, check under the hood and admire the gleaming collection of cool cars on display. Lee’s Heavenly Barbecue will be on hand in case folks are hungry for more.