The Board of Aldermen had a very busy week with a Work Session, Board Meeting and a meeting to discuss possible ordinances and zoning changes in preparation for the possibility of medical marijuana being approved in the city.

As you know, short term rentals, such as Airbnbs, have been a topic of Board discussion for months. Although the proposed caboose project near Johnson Milling is no longer on the table, there is still interest in allowing short term rentals in the city. However, the Board wanted to make sure that the ordinance governing those would be as tightly constructed as possible. For that reason, the Board has spent many hours crafting the proposal, which passed in a unanimous vote Tuesday night. However, the Board must still approve the zoning regulations, which will be presented at the next Board of Aldermen Meeting. In the ordinance passed this week (week of August 19), short term rentals would only be allowed in Olde Towne, and each one would have to be approved by the Board as a conditional use.

In other Board action, Deanna Dillard and Chanta Courtney were both re-appointed to the Clinton Election Commission. This five-person board is extremely important in carrying out the elections in Clinton and handling any problems or disputes.

You have been hearing a great deal about the federal ARPA funds that have been awarded to both municipalities and to the states. The legislature chose to use part of their ARPA funds as matching funds for cities who apply to the Department of Environmental Quality for a one-to-one match for an infrastructure project. The Board authorized the submission of a grant application for the City of Clinton. The Board also approved the ordering of a new pumper fire truck and a new truck for Public Works.

In other news, the Mayor and Board are in the process of interviewing candidates for the position of Director of Communications and Tourism for the City, in the hopes of having a new director in place by September. The Board also continues to work on the 2022-2023 Budget, which will be presented in a public hearing during our September 6 Board Meeting and presented for approval in a special called meeting on September 15.

Also, I will be serving another year as the Mississippi Municipal League’s Legislative Chair, and this week I participated in two events co-sponsored by the Planning and Development Districts to make our Mayors, Aldermen and Councilmen aware of this year’s legislative successes and our plans for the upcoming session. Karen Godfrey, Alderwoman, Ward 1, participated in the Central Mississippi event. It is an honor to serve in this role and advocate both for funding and for laws that benefit our municipalities.

We are looking forward to having the Board at full membership again with the addition of a new Alderman for Ward 3. 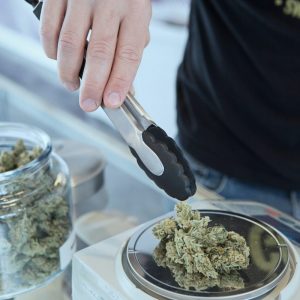