A proposal to be considered by Clinton’s Planning and Zoning Review Board later this month could shrink—or eventually eliminate—the City’s farmland footprint. It would rezone all agricultural (A-1) land in Clinton to residential estate (R-E) to allow for the construction of more housing developments.

“This had been approved on {Clinton’s} Comprehensive Plan in 2018.” Edwards says it was to be addressed when the City’s zoning ordinance was updated.

“If the rezoning is approved,” Edwards says, “then any legal use [on existing A-1 property] prior to the change could continue,” unless the owner discontinues the land use for six months or longer or sells the property.

“Encouraging residential growth with R-E zones as the city continues to grow is the goal,” Martin says. “We need more homeowners and less livestock.”

Alderwoman-at-Large Ricki Garrett says, “This change would, basically, make our zoning laws match the Comprehensive Plan.” She points out that it wouldn’t affect the amount of taxes owed by the property owners.

But Ward 1 Alderwoman Karen Godfrey has some concerns.

“I don’t believe the Board should have the power to make sweeping changes to zoning without notification to those it will affect,” she says.

And while the current owners of agricultural property wouldn’t see any changes, Godfrey is concerned about the future impact. She says if the land is sold, any farm animals the new owner intends to raise would require Board of Aldermen approval and would no longer be allowed on property of less than ten acres.

“This is a property rights issue that will negatively affect property value when sold,” says Godfrey.

“I encourage the citizens of Clinton to voice their opinions,” says Chapman.

Chapman says people have been hearing “rumors” and “bits and pieces of information.” And he’d like to see details of the proposal posted on the City’s website.

The Planning and Zoning Review Board is scheduled to hold its next meeting on October 25 at 6:30 p.m. in the Municipal Courtroom at 305 Monroe Street.


Posted in Board Of Aldermen, News & Events 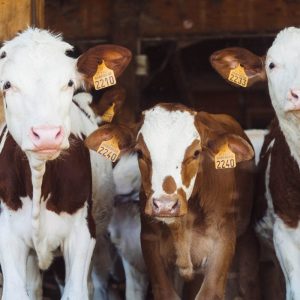