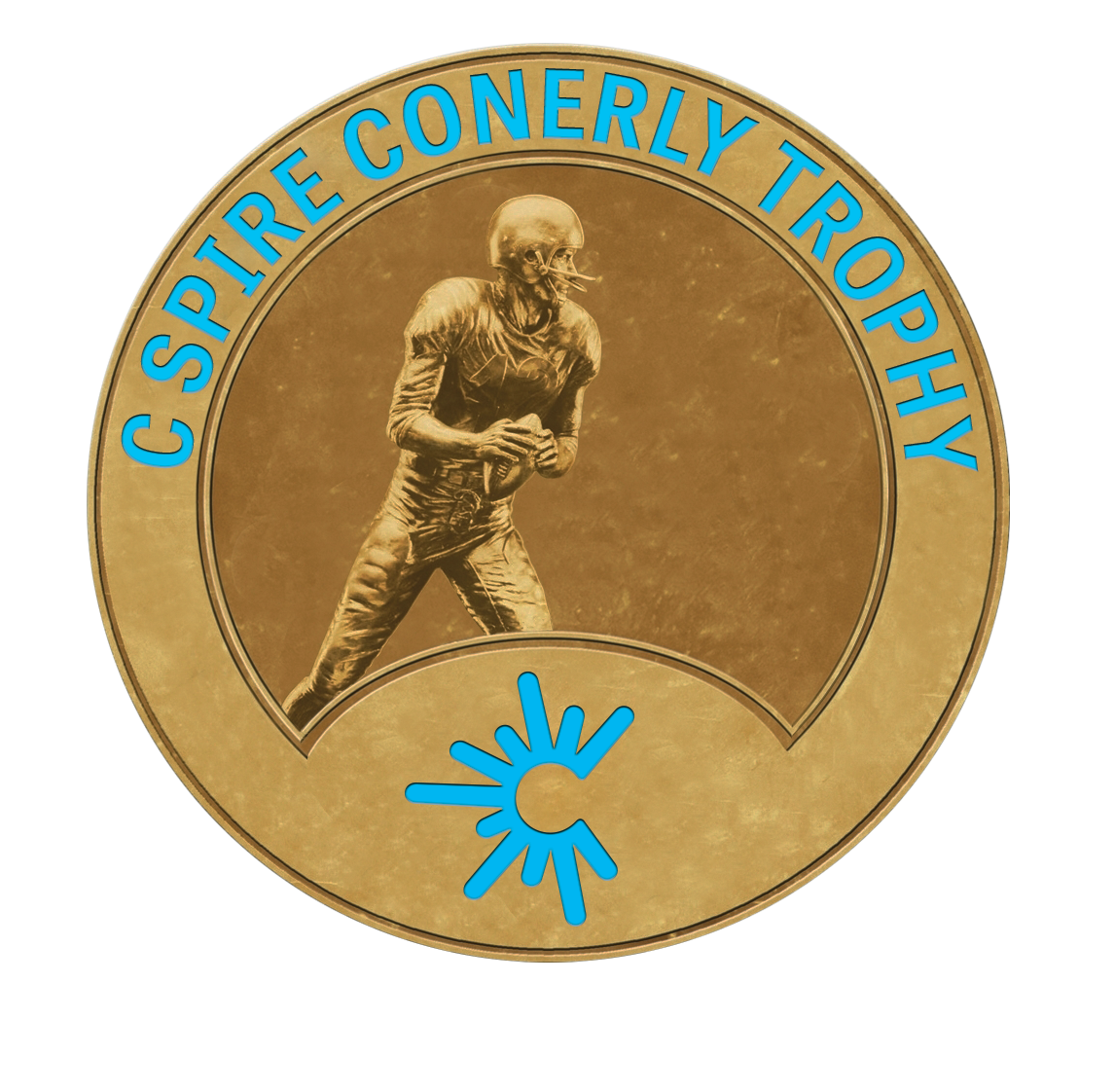 Two quarterbacks, three running backs, two wide receivers, and three defensive players make up the list of nominees for the 2022 C Spire Conerly Trophy. Each college and university in the state with a football program selects one player who they feel best represents their team as the Most Outstanding Player to be nominated for the prestigious award. This year’s winner will become the 27th recipient since the program started in 1996. Named in honor of Ole Miss and NFL star Charlie Conerly, the award is voted on by a panel of media and NFL scouts who cover college football in the state.

This year’s nominees are:

Overall it has been a very good year for football in the Magnolia state with seven of these schools with records above .500 including undefeated Jackson State and 10-win Delta State. Several of these schools and players this season have received national attention such as Jackson State University hosting ESPN’s College Gameday and clinching a spot in the SWAC Championship, Emmanuel Forbes, Jr. announced as a Jim Thorpe Award Semifinalist, and Quinshon Judkins in the running as a semifinalist for the Shaun Alexander Freshman of the Year Award.

The 2022 C Spire Conerly winner will be announced during a presentation at the Country Club of Jackson on November 29th featuring special guest host and CBS football analyst, Charles Davis. The evening will also include the announcement of the Kent Hull Trophy presented by Entergy which goes to the top Offensive Lineman of the Year. Tickets for the event are available at the Hall of Fame office or online at www.msfame.com. Last year’s recipient was Matt Corral of Ole Miss and other winners include Elijah Moore, Jeffrey Simmons, A.J. Brown, Evan Engram, Dak Prescott, Patrick Willis, Eli Manning, and Deuce McAllister.