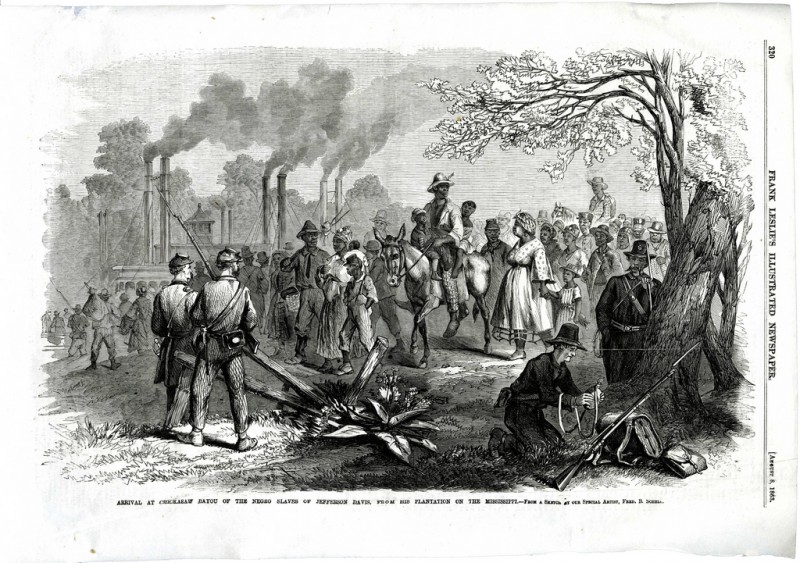 At the beginning of 1863, the American Civil War was in its third year. People in Clinton kept informed on the fighting on the Virginia front through letters received from the men fighting with the Mississippi College Rifles and news reports in the Hinds County Gazette. In May of 1863, the war came to Clinton.

Union commander General Ulysses S. Grant had the goal of capturing Vicksburg on the Mississippi River, the “Gibraltar of the South,” in 1863. If Union forces could capture the fortress city, the Union not only would split the Confederacy, but Union gunboats and supply boats would hbae free navigation from New Orleans northward.

Grant attempted to march on Vicksburg through the interior of Mississippi in 1862; but, after Sherman’s defeat at Chickasaw Bayou just north of Vicksburg in December, and Grant’s loss of his supply depot at Holly Springs to Confederate raiders, the Union commander decided to move his army to the Lousiana side of the river and invade Mississippi south of Vicksburg.

President Jefferson Davis appointed General John Pemberton commander of all Confederate troops in Mississippi in 1862. Pemberton was a West Point graduate and an experienced staff officer, but it was his first command. He ordered the cavalry raid on Holly Springs in 1862, but his major responsibility was to defend Vicksburg. Pemberton’s effectiveness as a commander was compromised when President Davis appointed General Joseph Johnston to take command in Mississippi in May 1863.

Grant movbed his army south of Vicksburg on the Louisiana side in April while Union naval vessels ran the gaunlet of Confederate guns at Vicksburg at night, escaping with minor damage. Barges and shallow draft transports were moved through swamps in the interior of Louisiana to the banks of the Mississippi. On May 1, Grant executed the largest cross-river amphibious operation in military history when he moved twenty-seven thousand troops across the Mississippi.

Grant’s invasion was coupled with a Union cavalry raid into Mississippi by General Grierson, which forced Pemberton to divert troops from the river to protect the interior. Grant met little opposition when his soldiers landed near Grand Gulf. The Union army moved northward to Port Gibson, forcing the Confederate defenders to retreat. Grant then marched his army through Willow Springs and Rocky Springs before meeting Confederate resistance at Raymond on May 12.

While Grant moved on Raymond, General Pemberton had his army in the field west of Clinton. He was there when Grant’s army defeated Confederate forces in the battle of Raymond. Union soldiers occupied the county seat and burned several buildings, including the offices of the Hinds County Gazette. They destroyed the printing press and threw the parts down the town well.

Pemberton avoided any direct confrontation with Grant’s larger army because his mission was to defend Vicksbur. Grant was moving towards Jackson, and Pemberton would commit only small numbers to delay the Union advance. He pulled back from Clinton when Grant sent a column of four divisions on the Clinton to Raymond road.

The 6th Missouri Cavalry was the first Union force to reach Clinton, and the soldiers immediately started destroying the railroad tracks to disrupt rail traffic between Vicksburg and Jackson. Two Union divisions reached Clinton on May 13 and camped to the south of the college. Two additional divisions occupied Mississippi Springs. All four divisions, plus the 6th Missouri, were under the command of General William Tecumseh Sherman, who camped at Mississippi Springs.

Clinton was now in a war zone.

Editor’s note: 2011 marked the beginning of sesquicentennial observation of the American Civil War. This is the fourteenth in a series of pieces by Dr. Walter Howell that will follow the movements of the Mississippi College Rifles, the fate of Clintonians involved in the fighting and other events on the home front. Clinton will host a sesquicentennial observation weekend April 19-20.

Posted in The Mississippi College Rifles

The Riﬂes at Cedar Creek

The Siege of Petersburg begins

Gettysburg and Vicksburg: The Aftermath