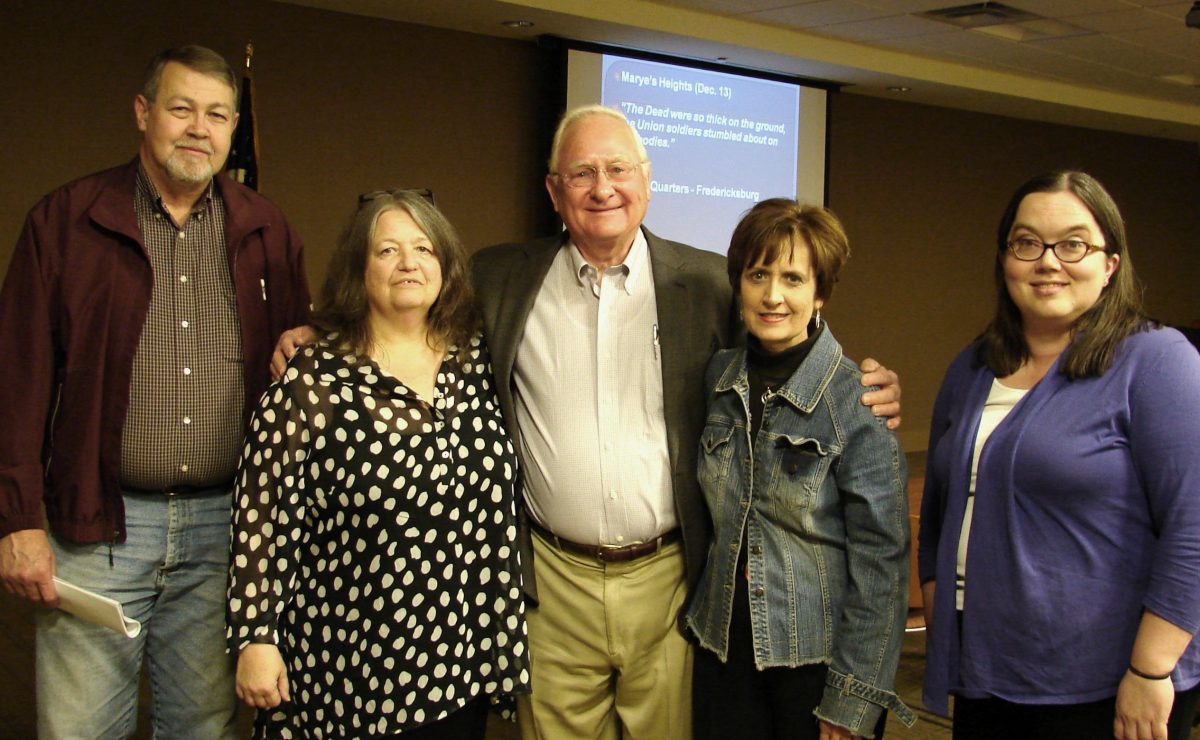 The Civil War lecture series, presented in conjunction with Clinton’s observation of the sesquicentennial (150th) anniversary of the Civil War, concludes on April 18, with a ﬁ-nal lecture presented by Carrie Fox-Clark, who has taught at Belhaven University and substitute-taught in Clinton schools, and who is part of the Fox and Faucette family lines associated with early settlers in Clinton. The lecture, the ﬁnal one in the series of four, will be a follow-up of the Mississippi College Riﬂes, how they fared in the conﬂict and what the surviving members did following the War. The lecture is planned for Thursday evening at the Quisenberry Library at 7 p.m. It is free and open to the public. Pictured (l to r) at an ear-lier lecture in the series are: Wayne Russell, Carrie Fox-Clark, Dr. Walter Howell, Marsha Barham and Quisenberry Library branch manager Kim Corbett. 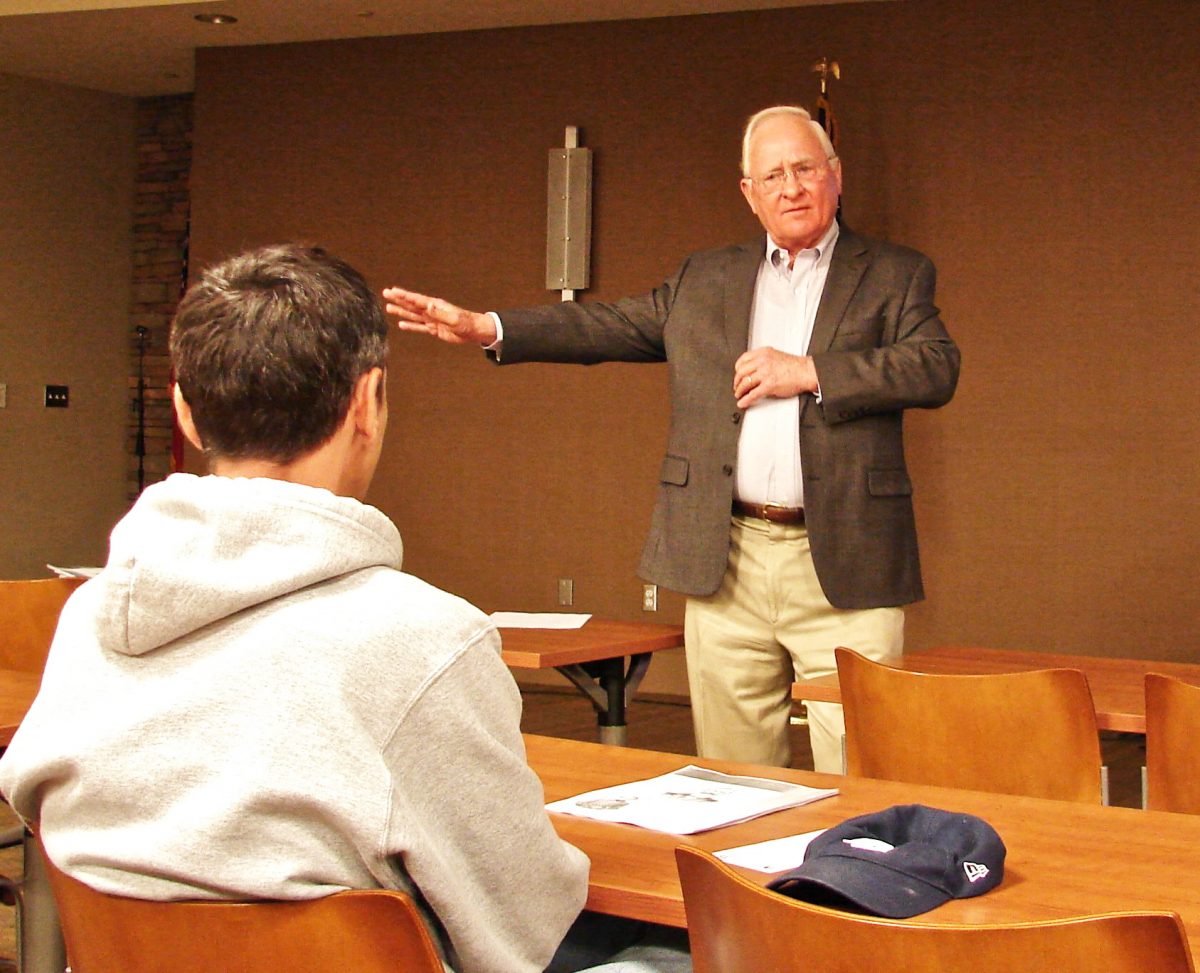 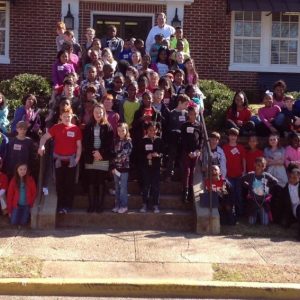 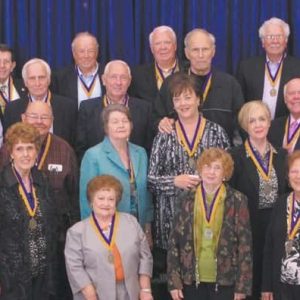