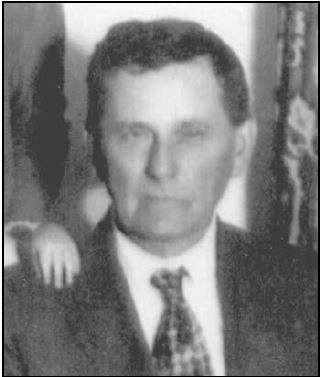 John Fox was an eyewitness to the shoot-ing of Charles Fitzgerald, came to the man’s aid and put him on the train to Jackson. Fox testiﬁed at the trial both to what he wit-nessed and to the sanity of William Sorsby.

Mississippi’s newspapers supported the conviction of William Sorsby for the murder of Charles Fitzgerald. The Clarion said he should have been hanged for his crime, adding the trial was a “credit to Mississippi where the plea of insanity, always resorted to as a dire resort – was not successfully in-voked.”
People in Clinton generally support-ed the verdict. Sorsby’s mother had many friends in Clinton, but found it difﬁcult to continue living there. She moved to Jackson to live with another son soon after the trial.
John Fox, a prosecution witness to the murder, continued as Clinton’s railroad agent until his retirement. Captain William Lewis of the Missis-sippi College Riﬂes fame testiﬁed for the prosecution, though his wife Car-rie was a close friend of Mrs. Sorsby. After Lewis died in 1921, John Fox bought Tanglewood, the Lewis home.
Dr. William Lowrey and Dr. William Provine both testiﬁed for the pros-ecution on Sorsby’s sanity. Lowrey became president of Blue Mountain College two years after the trial, and Provine began his second tenure as Mississippi College’s president in 1911. Dr. John L. Johnson, another eyewitness to the shooting, later be-came the ﬁrst president of Woman’s College in Hattiesburg, William Carey University today.
Robert Johnston explained that he allowed Sorsby to hide in his attic because he wanted to help a friend. Johnston served many years as an al-derman in Clinton while operating his mercantile store on Leake and Jeffer-son Streets.
Why did William Sorsby embezzle postal funds? It was reported later that he speculated in silver coins with the money, and the unannounced inspec-tion caught him by surprise.
This writer was unsuccessful in his search of Mississippi prison records to determine when William Sorsby died. However, in 2013, he learned about Sorsby’s later life from a fam-ily member during a tour of Provine Chapel. She told this story:
“Uncle Will,” as the family called him, killed a man, but it was not some-thing the family talked about. The family story was that “Uncle Will” shot a man who was romancing his wife. That was an honorable killing the family could accept. This family member knew nothing of the Fitzger-ald murder and the subsequent trial, but she did tell about Sorsby’s fate.
“Will” Sorsby served ﬁfteen years in prison before receiving a pardon from Governor Theodore G. Bilbo. The family paid money to the governor, who kept asking for more. When the family threatened to go public, Bilbo signed the pardon.
Everett Sorsby worked for the rail-road and got Will a job as a telegraph operator. Will Sorsby remarried and operated a grocery store in Wesson. He died in 1954.
The fate of Margaret Cabaniss Sorsby is not known. She apparently divorced her husband while he was in prison. She did not appear on Clinton census takings from 1910 through 1940, nor is she buried in the Odd Fellows cem-etery with her mother and father.
An unsolved question in the Sorsby story is the brother Alexander, who assisted William in his escape after the murder. The Sorsby descendant said there was never any mention of an Alexander Sorsby among the family. Yet Alexander Sorsby was listed in the 1900 U.S. census, and he was mentioned repeatedly during the trial.
There is also an unusual story involv-ing the current Clinton post ofﬁce. In-spectors today enter the upper level of the building by an outside door and observe postal employees at work as part of their inspection role. Employ-ees have found the outside door un-locked several times when they were certain it was locked. Some wonder if the ghost of Charles Fitzgerald was on the premises.

Editor’s note: This is the ﬁnal in a series of three pieces by Dr. Walter Howell regarding the murder of Charles Fitzgerald by William Sorsby at the Clinton railroad depot.