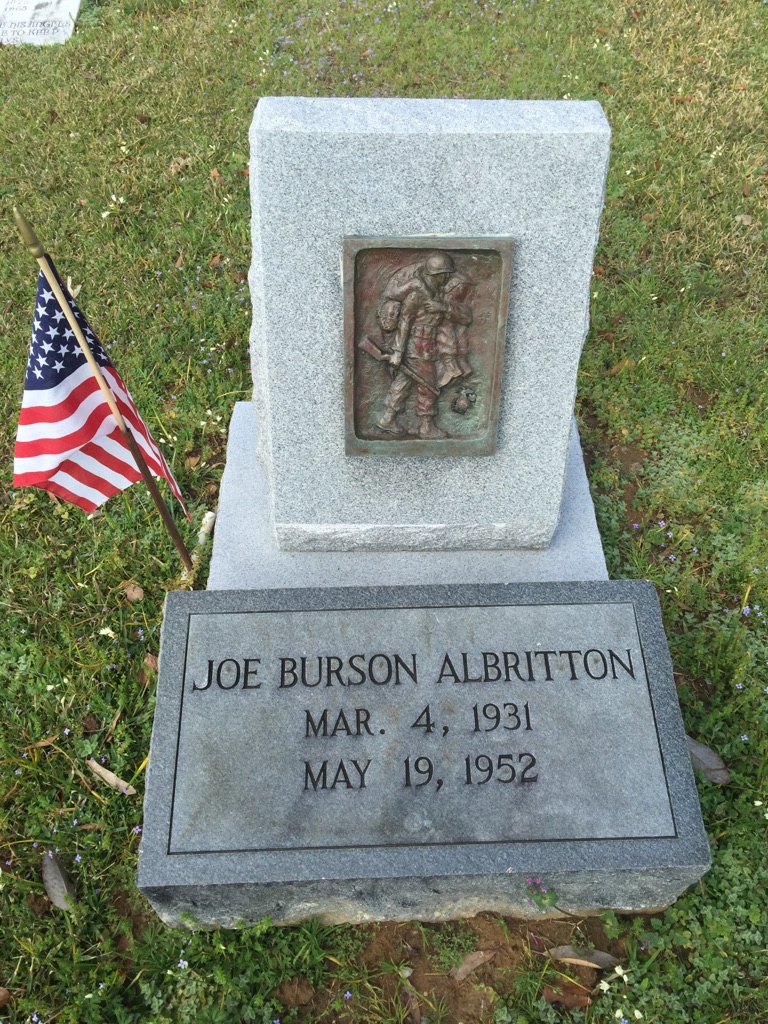 America observed the 65th anniversary of the outbreak of the Korean War in 2015, and visitors to the Fallen Comrade monument are reminded of that “forgotten war.” Ainsworth and Albritton were teenagers when they went to war. Homer was nineteen years old when he died in Korea. Joe was twenty when he was fatally injured in an automobile accident on Highway 80 west of Clinton.
Nearly all Clinton veterans of the Korean War were teenagers when the war began. Some were in the National Guard and Reserves, others volunteered for military duty or were drafted. Like the World War II generation before them, they are slowly passing on.
Homer and Joe were in the class of 1949 at Clinton High. Homer enrolled at Hinds Junior College and Joe at Mississippi College. They both joined the U.S. Marine Reserve unit in Jackson, as did Waller King, George Sharp and Bill Smith, all Clinton High graduates.
Clinton was a small town in 1950, with a population of 2,255. Each class at the high school had about ﬁfty to sixty students, so they knew each other personally. The popular hang-out for high school kids was the Owl Café on College and Jefferson Streets. 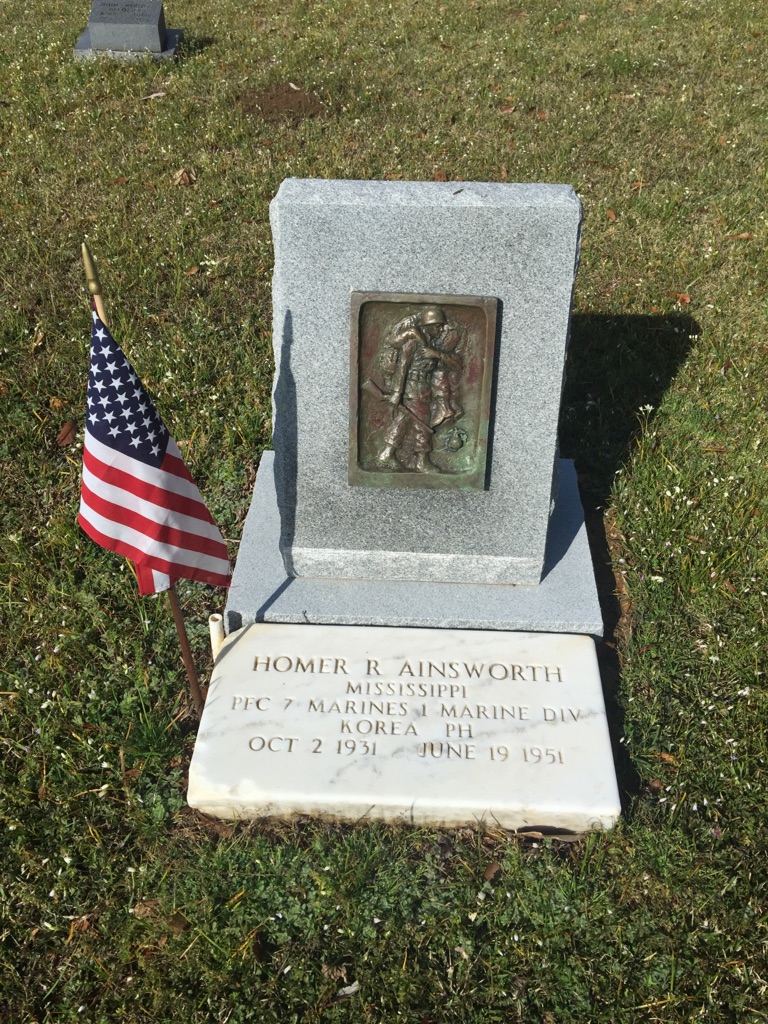 Homer and Joe were called to active duty when their reserve unit was activated on September 1, 1950. Other Clinton boys followed different paths. Melvin Landrum, Ben Kitchings, Bobby Hannah and Billy Potter were in uniform within two months of the outbreak of hostilities. John King, Jr. was already in the Air Force; and Dewitt Landrum, a veteran of World War II, was called back to active duty.
Tom Gore, Jack Grogan, Ted Langford, Chad Thompson, and Joe and Dan Poates were in the Mississippi National Guard when the war began. They were sent to Korea with the 31st Dixie Division in 1951. Joe Poates became ill and was hospitalized at the Army hospital in Tokyo, Japan, where he died in November 1951.
Ralph Burghard, Lawrence Ashley, Hardy Crudup, Floyd Egger, Major MacDaniel, Fred Spencer, Jr., Herman Sparks, Lawrence Harris, Tom McMahon and Ralph Marston were in uniform during the conﬂict.
Herbert Pearce, son of Dr. Rex Pearce of the college, served in the U.S. Navy Medical Corps. Embedded as a medic with the U.S. Marines in Korea, Pearce was wounded in ﬁghting at the Chosen Reservoir in late 1950. He survived the war and became a medical doctor.
These names are from older Clinton families. Their military service is recorded in the book For Those Who Served, published in 2012 when the Fallen Comrade monument was dedicated.

The Korean War is a distant memory for those who served and survived. They remember the danger and hardship of conﬂict, of hoping only to survive. As time passes, they think often of those who did not survive.
The story of Homer Ainsworth and Joe Albritton stands alone among Clinton’s Korean veterans, a story that is indelibly linked to Clinton’s history by the Fallen Comrade monument. That story of what happened to Homer and Joe in Korea in 1951 can be told by Waller King, who was with them.
EDITOR’S NOTE: To view the gravesites of Albritton and Ainsworth, visit the Clinton Cemetery on Clinton Boulevard. Once inside the gates, turn left at the ﬁrst opportunity inside the cemetery. Drive about 0.1 miles, and then look to the right. The graves are visible just ahead of a large holly bush and can be seen from the cemetery road without having to exit the vehicle.

This is the ﬁrst in a series of four pieces by Dr. Walter Howell regarding the story of Ainsworth, Albritton and King.