CPD asks residents to lock and secure their cars 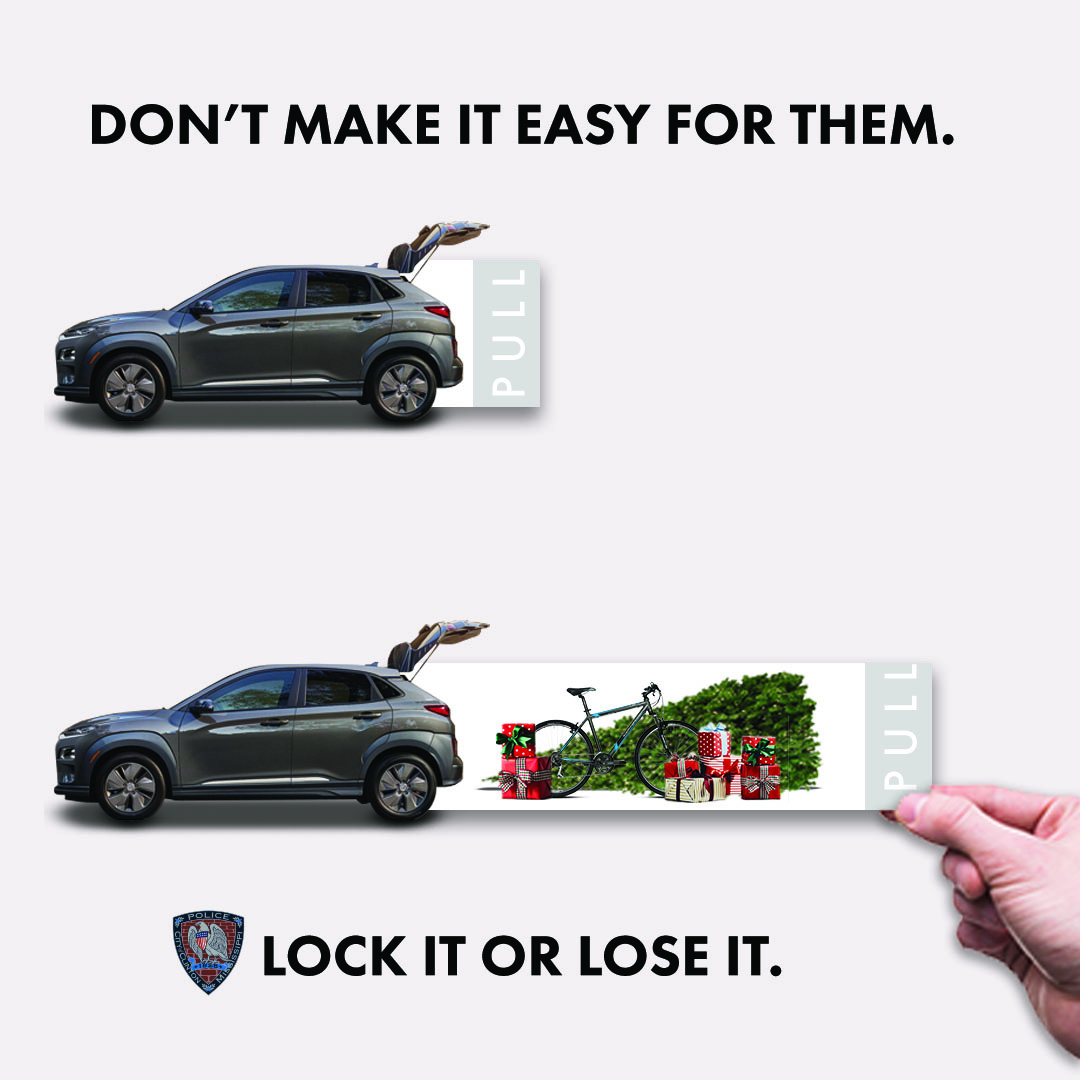 Keeping firearms off the streets begins with responsible gun owners securing their firearms inside their home at night and locking their vehicles when not in use. Firearms that are left in unlocked vehicles become tools for illegal activity across the City and region. Stolen firearms are valuable currency for criminals, which make them a prime target for auto burglars.

“Gun ownership comes with great responsibility and includes securing firearms appropriately to prevent misuse by criminals and children. This should be a top priority for responsible owners. Taking the firearm inside your home at night, instead of leaving it in your vehicle, can help prevent gun related crimes and protect innocent lives of children,” stated Chief Ford Hayman.

Recent analysis of crime stats for 2020 show an alarming trend in unlocked vehicles and unsecured firearms. In 2020, 52 of the 72 auto burglaries (73%), involved stolen firearms from unlocked vehicles. Preventing gun related crime can be as simple as locking the door of a vehicle and removing firearms from vehicles when not in use.

Locking vehicles and homes is the first line of defense for preventing property crime. Of the 72 auto burglaries in 2020, 67 were unlocked vehicles. Many residents balk at the notion that locked doors cause forced entry, but the statistics counter that assertion. Ninety-three percent (93%) of auto burglaries in Clinton are a result of unlocked cars.

Taking an extra moment to lock car doors and secure firearms, computers, purses phones and packages by removing them from your vehicles can help CPD lock crime out of Clinton.

Chief Hayman noted that “we cannot become complacent and that most auto burglaries continue to be unlocked vehicles with visible property.”

Through the busy Holiday season, CPD is asking residents to be extra vigilant in securing their homes and vehicles.

Chief Hayman reiterated, “Whether traveling or staying in town, residents are advised to always take safety precautions. Lock doors and close garages when leaving the house. Securely store valuables such as electronics, computers, and yard equipment. Lock cars and make sure purses, wallets, cell phones and other valuables are not left in plain sight.”

CPD has added extra patrols throughout the City, but vigilance of residents is an important tool for law enforcement. Residents who suspect suspicious behavior are encouraged to call CPD immediately to report a crime. Residents are also encouraged to remind their neighbors to lock and secure their valuables this Christmas season.