After over forty years of service to Mississippi and its residents, one of the state’s longest serving radio journalists will retire. Randy Bell, who is arguably the state’s most famous radio journalist, will bring his outstanding career to a close this month. Bell has been one of Mississippi’s most recognizable voices, which is a testament to him being a mainstay on the state’s radio waves. He has reported on thousands of stories ranging from Hurricane Katrina to UFO sightings in Flora, winning many awards in the process.

Bell’s genesis in the radio world came in his hometown of Vernon, Alabama, when he was hired as a DJ for a local station while in high school. However, his love of the radio world began even before that.

“My uncle, Eddie Smith, had a long career in radio, eventually owning a station in Meridian,” Bell said. “Before he and my aunt were married, she took me to visit him at a station in Columbus ,where he was working as a DJ. I thought at the time that radio would be a pretty cool job to have.”

“Later, when I was a tenth grader, I had the opportunity to get a part-time job my local station in Vernon. Over the next couple of years, I worked at stations in Columbus and Winfield, Alabama.”

Bell attended Mississippi State University, which was about an hour away from Vernon. The school was his number one choice. His brother, Don, was an All-SEC baseball player for the Bulldogs, and Bell had been on campus many times while his brother was a student. 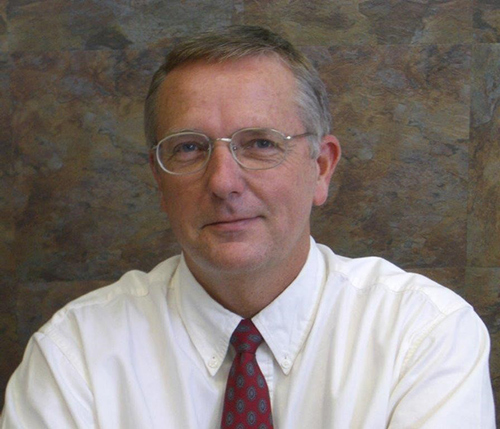 Bell began his college career as an electrical engineering major before switching to communications. Maybe even more importantly, he continued his work in radio while in school. He worked for three different radio stations in Starkville during and after his college years. This work experience, coupled with the journalism classes at Mississippi State, helped Bell develop and refine his reporting skills.

“I started at WMSU-FM as a DJ playing ‘beautiful music,’ which bored me to tears,” Bell stated. “We once hijacked the format and started playing album rock before the boss heard it and threatened to fire us.”

“Later, I got to work for two rock stations, which were WSSO and WKOR. It was at WKOR where I got my first experience covering news.”

“I found it surprisingly easy to write basic news stories,” Bell continued. “That was because part of my job at the first stations I worked for was to ‘rip and read’ wire service news summaries every hour.”

“After doing that for a while, I picked up the pattern of how a news story should be written. And when it came time to write my own stories, everything just clicked into place. But my journalism classes at MSU definitely helped me become a better reporter.”

After graduating from Mississippi State, Bell was hired by WJDX in Jackson in 1975. What followed was one of the most storied journalism careers in the state.

A lengthy career is bound to have memorable moments, and Bell’s is no different. One of those moments came when he entered the scene of a barricaded gunman in Jackson and nearly walked into the line of fire. Another came when he broke the story of a former city official who faked his death. However, one story trumped them all.

“My most memorable story was flying with the Blue Angels,” he said. “The Navy’s flight demonstration team was in Jackson for an air show, and I got to take a ride in one of their jets. The story I produced won a national Edward R. Murrow Award.”

The City of Clinton has played a large part in Bell’s metro area experience, as he and his wife Pat have lived in Clinton for over thirty years now. Pat, who has been married to Bell for almost forty-nine years, spent much of her career as an educator and was the principal of Northside Elementary for many years. The couple’s two children have grown up and live in Clinton with their own families.

Earlier this year, Bell was recognized for his journalism accomplishments and honored with a spot in the city’s Walk of Honorees. In his words, Clinton is quite simply “home” for the Bell family.

Radio, specifically as a media outlet, has changed quite a bit since Bell began his career. He has had a front row seat to witness those changes, so he has advice to those entering the business.

“The future lies on the digital side of the business—for example, in podcasting,” Bell stated. “There are still jobs available in terrestrial radio, but most are in larger markets. In the old days, you started at a smaller station and worked your way up. Now, not a lot of jobs remain in those smaller markets.”

It is common for one to look back at his or her career and ask questions about accomplishments and legacy.

As for Bell’s legacy, he summed it up in just one sentence.

“I’d like to be remembered as someone who tried hard to give listeners accurate, useful and interesting information—stories they needed to hear and stories they enjoyed hearing.”

Many Mississippians would agree that Randy Bell did just that, and that is why he and his work will be remembered fondly.