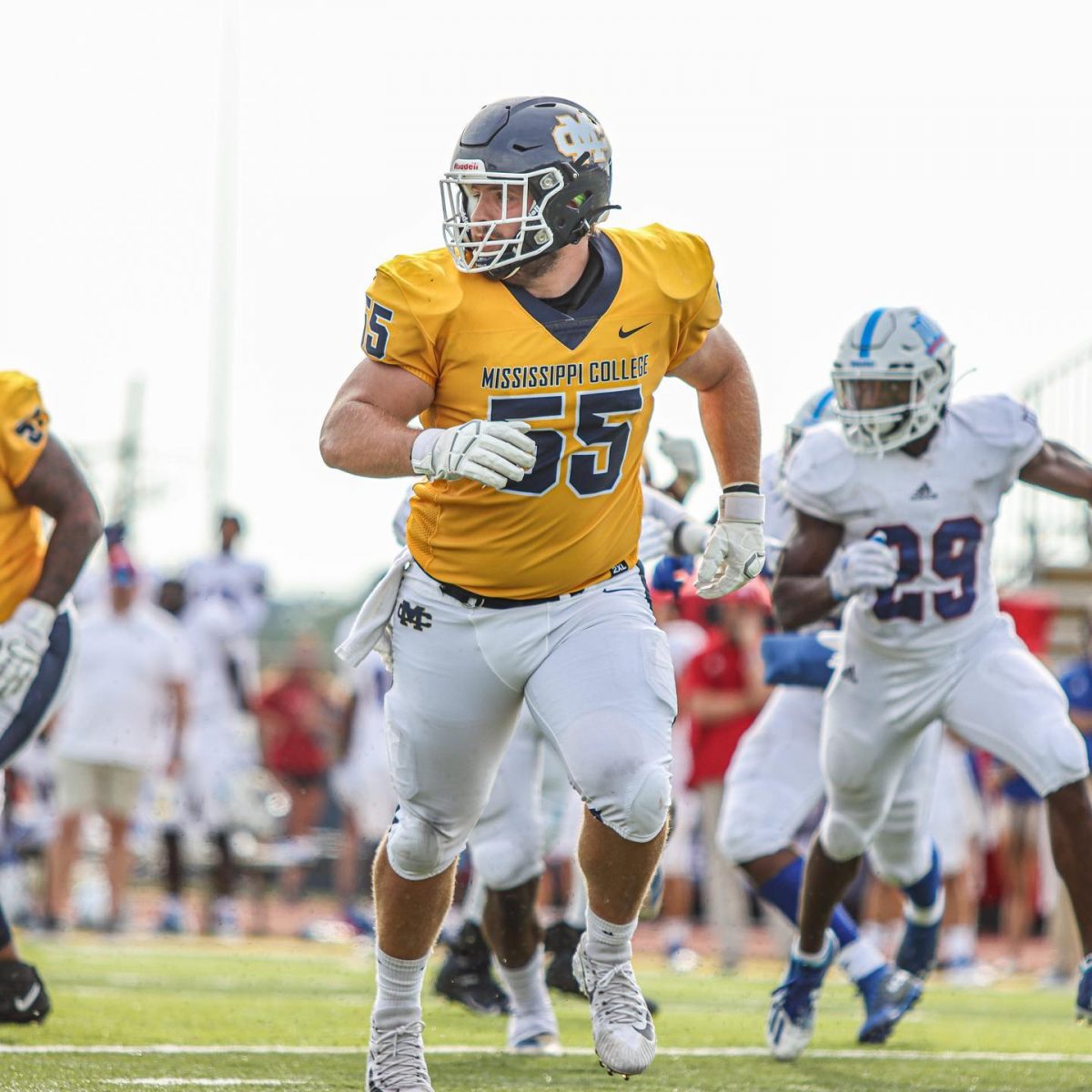 John Bland has a formula for success. The Mississippi College football coach wants to churn out yards with the triple-option offense, eat up clock and keep the ball away from the other team. Make some big plays on defense. Be steady in the kicking game.

“We’re toe-to-toe with everybody now,” said Bland, who took the reins in Clinton in 2014. “We can put ourselves in position to win every game now.”

In the Gulf South Conference, arguably the toughest league in NCAA Division II, the best-laid plans can be hard to execute. The formula doesn’t always produce the desired result. A turnover here, a missed play there, a few key injuries sprinkled around — and you get a 2-5 GSC record and a 4-6 overall mark, which is where MC landed in 2021.

The Choctaws finished last season on a high note, winning at West Alabama. They enjoyed a productive spring practice, Bland said, and did well addressing needs in recruiting.

“We’ve got a lot of offensive players back, and some on defense, too,” he said. “We’ve got some players. We feel like we’ll be better at most positions this fall.”
The season kicks off on September 3 with a road trip to Georgia to play Albany State, a strong D-II program that won its conference title a year ago. The first of seven GSC games is September 17 against North Greenville at Robinson-Hale Stadium.

Among the eight returning starters on offense is quarterback DeAnte Smith-Moore, the triggerman in the option attack. The 5-foot-9, 180-pound junior ran for 694 yards and six touchdowns in 2021. While the Choctaws don’t throw it much (71 times all season), Smith-Moore hit enough big passes to pile up 575 yards and five TDs.

“He’s more confident, more experienced in the offense now,” Bland said. “And we’ve got good people to complement him.”

The top two running backs return: Cole Fagan (655 rushing yards, four TDs) and Marcus Williams (500 rushing, nine TDs, plus 92 receiving yards and two more scores). Williams was named the GSC’s offensive freshman of the year. Jacob Stephens, the best receiver from 2021, also is back. He converted from defensive back last fall and wound up with five catches for 143 yards.

“He didn’t want to make the move at first, but I think he loves it there now,” Bland said. “He’s getting better and better.”

Bland said the team devoted a fair bit of time to the passing game in the spring, but that doesn’t necessarily mean they’ll throw it more in 2022.

“We’ll do what we’ve always done,” he said. “We’re a triple-option team. We can go to the pass if there is a need for it. We have a productive offense. We just need to be more consistent. … We need to be able to throw it, but you’ve also got to protect the quarterback, and receivers have to get open. We got better at that in the spring. I think we’ll be a more efficient passing team.”

Three starting offensive linemen are back — Blane Cannon, Carrington Davis and Matt Toles — and Bland said he feels good about the other returnees up front: “We’re as deep as we’ve ever been on the O-line.”

On the defensive side, there are holes to fill, with leading tacklers Jonathan Jones and Josh Miller having graduated. Miller is now coaching with the team. Six starters return. The strength of the D might be the secondary, where preseason All-GSC pick Nicholas Walker (three interceptions in 2021), Zadok Esters, Braxton Hall and Calvin Sims have starting experience.

“Some injuries on defense hurt us a lot last year,” Bland said. “Knock on wood, that won’t happen again. We’ve added some freshmen and some transfers who’ll make an impact.” 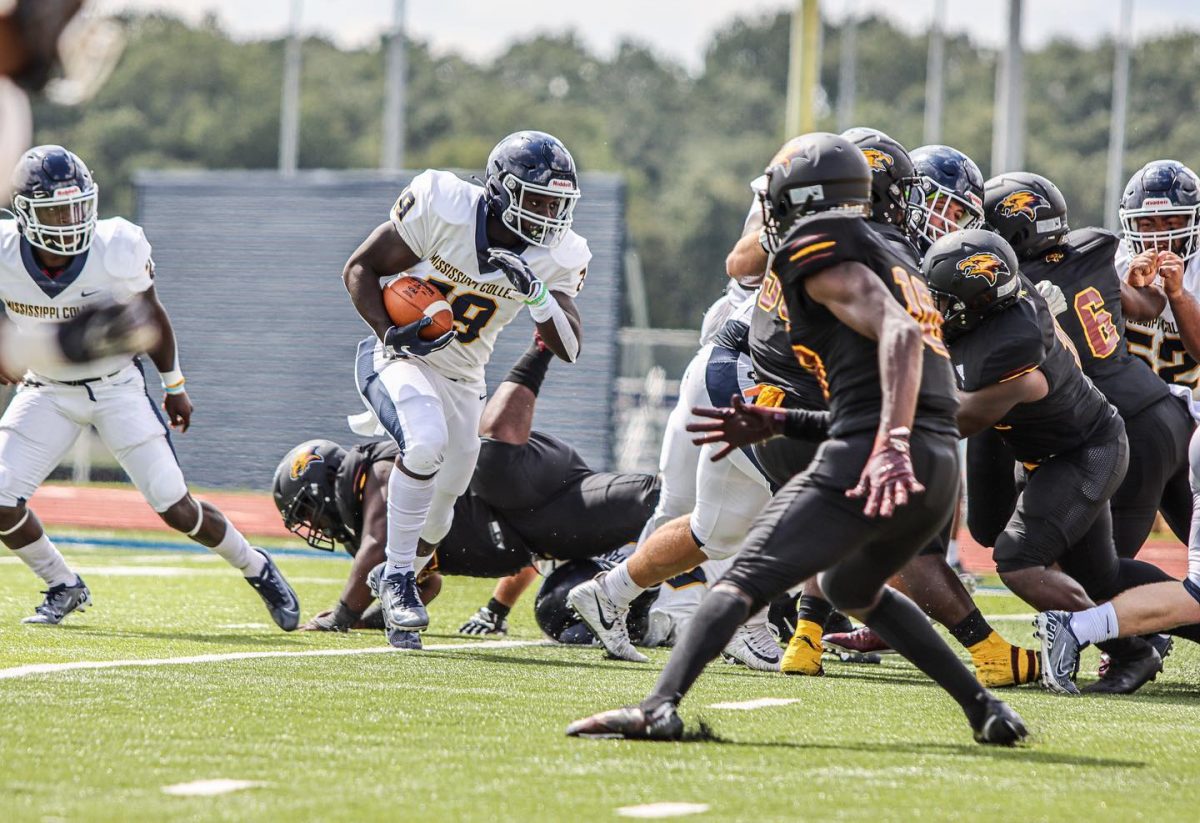 The Choctaws reported to campus on August 6 and started practice on August 8. There is work to be done in the chase for the school’s first winning season since 2009, when it was in Division III.

“A lot goes into it,” Bland said. “But coaches don’t win the games. The players win the games. We’ve got a good group. They all need to buy in for us to succeed.”