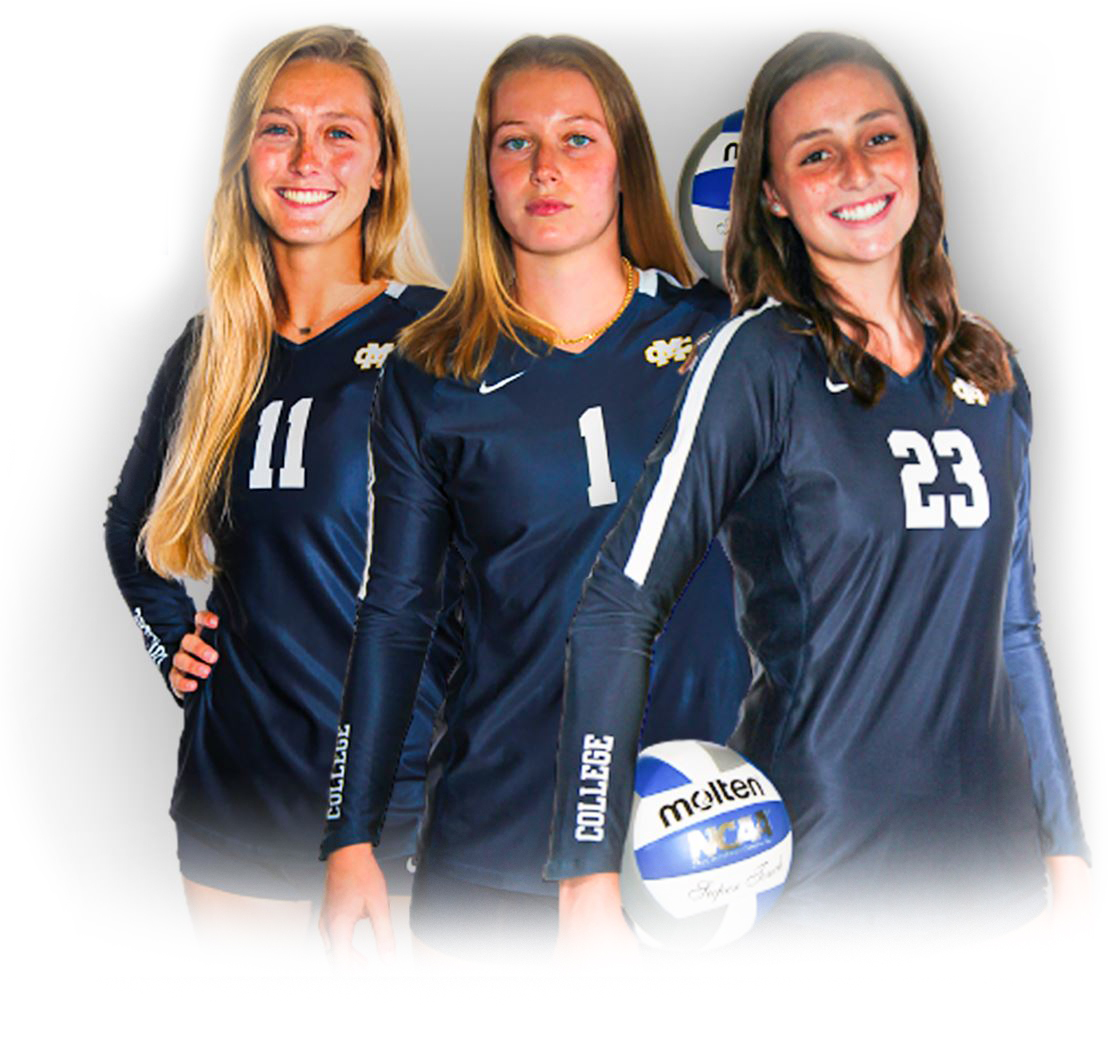 The Gulf South Conference (GSC) recently announced its women’s volleyball preseason rankings, and Mississippi College is projected to finish in sixth in the league this season. West Florida, the four-time defending GSC champion, has been tabbed to win the conference.

Three Lady Choctaws were named to the Preseason All-GSC team. Opposite hitter Lexie Laurendine, outside hitter Kendall Platt and middle blocker Lydia Paulette each earned recognition on the team.

Laurendine, a senior, is a two-time All-GSC honoree. She led the team with 785 assists last season and is the school’s all-time leader in that category with 2,170 assists. She also finished third on the team in digs, with 230. She tallied an impressive fifty assists and fifteen digs in the Lady Choctaws’ conference tournament win over Auburn Montgomery last season.

Platt, who is also a senior, is the program’s all-time leader in kills, with a tally of 1,014. The Anaheim, California, native also leads the program with 1,174.5 points. She finished last season with the team lead in kills (279), points (326.5), and service aces (thirty-four), while also finishing second on the team in digs, with 279.

Paulette was named to the GSC All-Tournament team as a freshman last year. She finished her debut season third on the team in kills (232) and fourth on the team in total blocks (twenty-nine). She also tied for the team-high in sets played with 102. The Tuscaloosa, Alabama, native finished with double-digit kills in five of the Lady Choctaws’ last six matches.

The Lady Choctaws finished the 2021 season with a 10-16 record. They snuck into the postseason as the eighth and final seed in the GSC Volleyball Championship. However, it was in the postseason that the team played its best volleyball.

They topped fifth-seeded Auburn Montgomery 3-1 in the opening round. The Lady Choctaws proceeded to upset fourth-seeded Shorter in a 3-0 sweep later on that day. This gave the program its first-ever appearance in the GSC semifinals. However, the Lady Choctaws’ season came to an end when they lost to eventual champion West Florida 3-1.

The Lady Choctaws will now seek to carry their momentum from 2021 into 2022, when they open the new season in Jackson, Tennessee, at the Union Volleyball Classic. They will face off against non-conference opposition in Arkansas-Monticello, Texas Woman’s University, and Belmont Abbey, while also facing GSC foe Union.