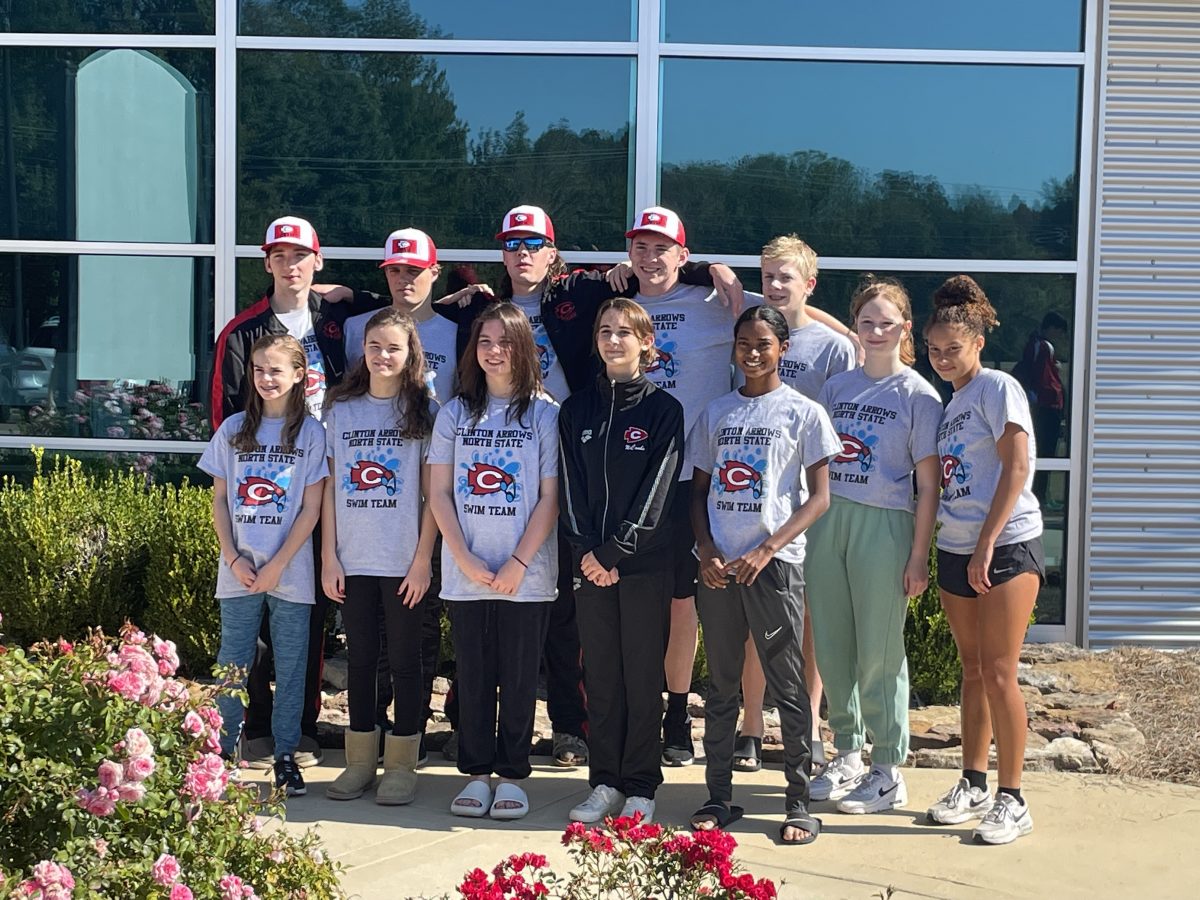 “I am very proud of our young swim team this year,” Coach Rushing stated. “We lost two top-eight swimmers early in the season due to a family relocation, so that really hurt our men’s relays. Despite the loss, the team rallied together and ended up with a top-eight finish at State this year.”

These relay teams advanced to the state championship meet, where they both just narrowly missed out on scoring points for the Lady Arrows. The 400-yard freestyle team finished in ninth, while the 200-yard medley team finished in eleventh.

“Our girl’s team is very young, but talented,” Coach Rushing stated. “We had several seventh and eighth graders step up to swim relays for our North State and State meets. They had best times throughout the season and came close to scoring at state meet.”

Leah Johnson, Sarah Rhodes, Abbie Rushing, Ellie Rushing, Ashlee Sumrall, Tejasvi Uppu and Clara McCombs were key members of the relay teams and qualified for the state championship meet. Along with those seven swimmers, Riley Parham, Rosemary Williamson and Maddy Breaux qualified for the North State Championship meet. Rhodes was a key swimmer for the Lady Arrows, competing in the sprint events as well as the relays.

Both teams had a solid regular season, finishing no worse than second at any meet. The boys defeated Germantown and Ridgeland during their season opening competition at Cypress Lake. They also won Rumble on the River in Vicksburg. The girls defeated Ridgeland in the opening weekend, as well. The future is bright, and Coach Rushing believes that the team can make strides towards improving in 2023.

“The men’s and women’s teams made great improvements about halfway through the season,” she stated.

“The sprint events are one of the hardest to swim, because there is little room for error. I think both teams saw what it takes to qualify for the State meet, so there is some motivation for the swimmers for next year.”