Clinton and Clinton-connected talent, from art to song, have a big role in making Mississippi Chorus’ final performance of the season — Haydn’s masterwork “The Creation” May 4 in Jackson — a glowing tribute. 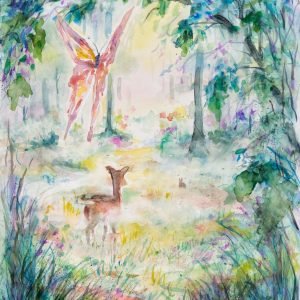 The performance is 7:30 p.m. May 4 at the Gertrude C. Ford Academic Complex on the Millsaps College campus. “Creation,” a cornerstone of choral music, celebrates the creation of the world as described in Genesis. 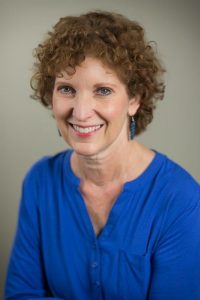 Dr. Judy Gearhart, retired physician and soprano in the Mississippi Chorus, contributed signature artwork for the concert, and her original watercolor, framed behind conservation glass, will be up for auction as a fundraiser. The painting also contributed a colorful slant to concert promotion. For the artwork, “A New Created World,” Gearhart drew inspiration straight from “The Creation” text, “A new created world springs up at God’s command.”

“I wanted it to look like an early morning scene with light in the distance,” Gearhart says, “and all the creatures looking toward the light like it’s a brand new day.” She wanted to convey a feeling of anticipation and new creation in the woodlands scene, “like imagining the light of God in the distance, radiating over everything.”

“It’s been a lot of fun to sing, and Mark is such a great director,” Gearhart says. “He’s so enthusiastic and always optimistic.”

Tickets for the May 4 concert are $20 adults, $5 students online at mschorus.org and at the door (student ID required). Admission is free for children 12 and younger.